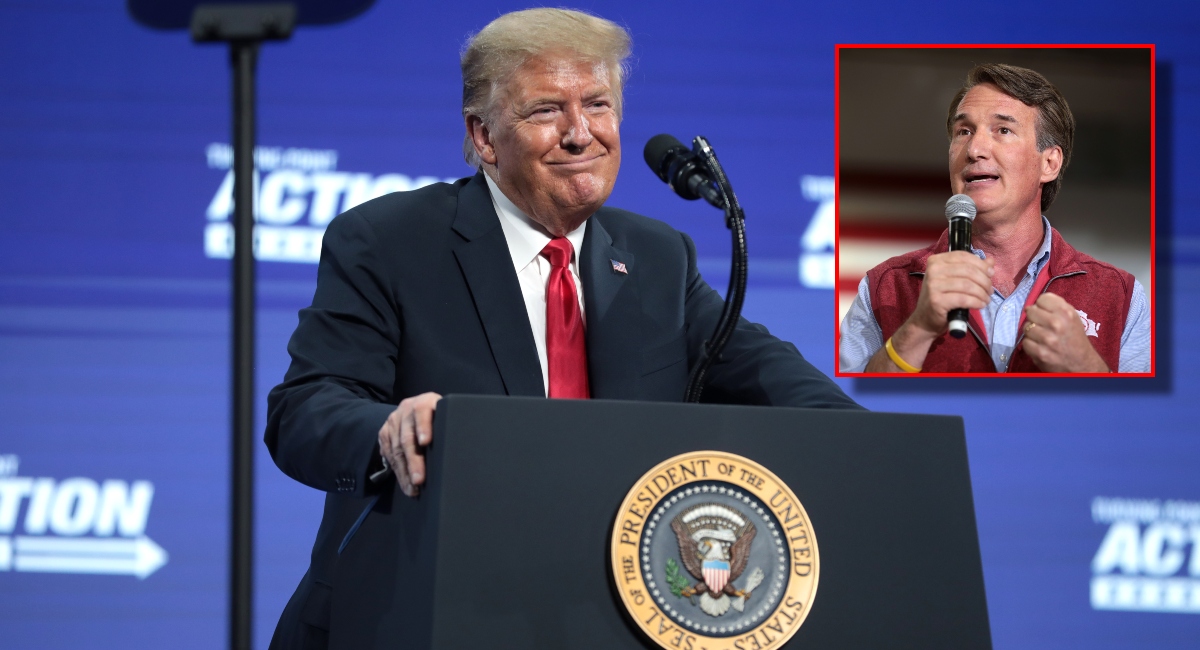 In remarks posted to his social media platform Truth Social, President Trump stated that Youngkin would not have won his tight election against Democrat Terry McAuliffe without his endorsement and support, adding that he was the driving force which convinced MAGA supporters to go out and vote.

“Young Kin (now that’s an interesting take. Sounds Chinese, doesn’t it?) in Virginia couldn’t have won without me,” Trump wrote.

“I Endorsed him, did a very big Trump Rally for him telephonically, got MAGA to Vote for him – or he couldn’t have come close to winning.” Trump added, “But he knows that, and admits it. Besides, having a hard time with the Dems in Virginia – But he’ll get it done!” 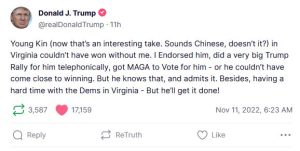 Valiant News reported yesterday that Sears called President Trump a “liability” to the Republican Party despite his midterm endorsement rate being over 90% successful, whereas most of Youngkin’s endorsees lost their elections all across America.

Nationwide, of the 15 states where Youngkin traveled in support of GOP candidates, only four saw clear Republican victories.

Perhaps most notably, Youngkin’s support failed in his own home state of Virginia and saw Democratic Reps. Abigail Spanberger and Jennifer Wexton reelected for the state’s 7th and 10th Districts — which were reportedly winnable for Republicans, who ultimately fell short. 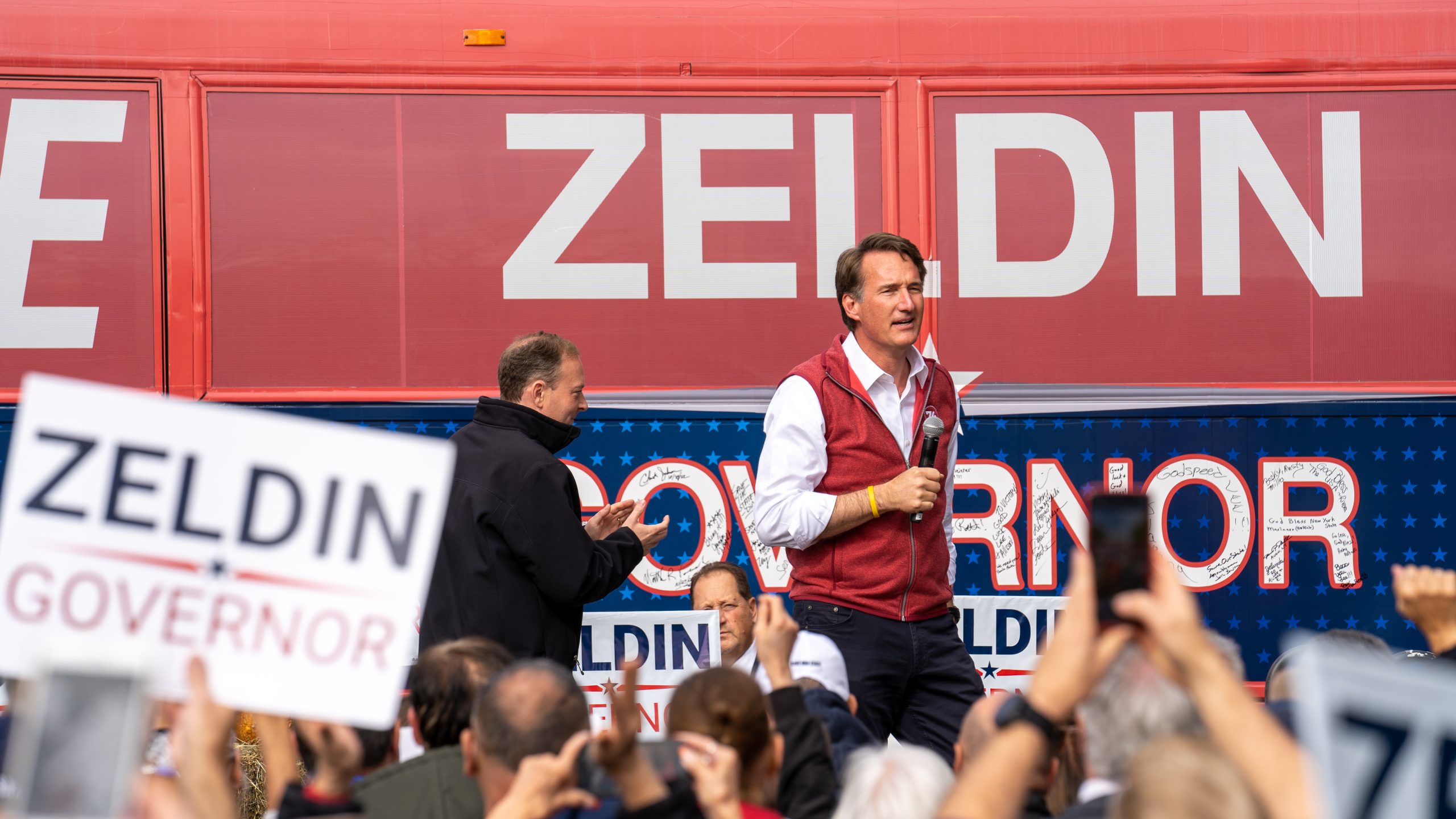 In response to Trump’s retaliatory statements, Youngkin claimed the moral high ground and failed to acknowledge the comments made by Sears the day before.

“Listen, you all know me. I do not call people names,” Youngkin told reporters.