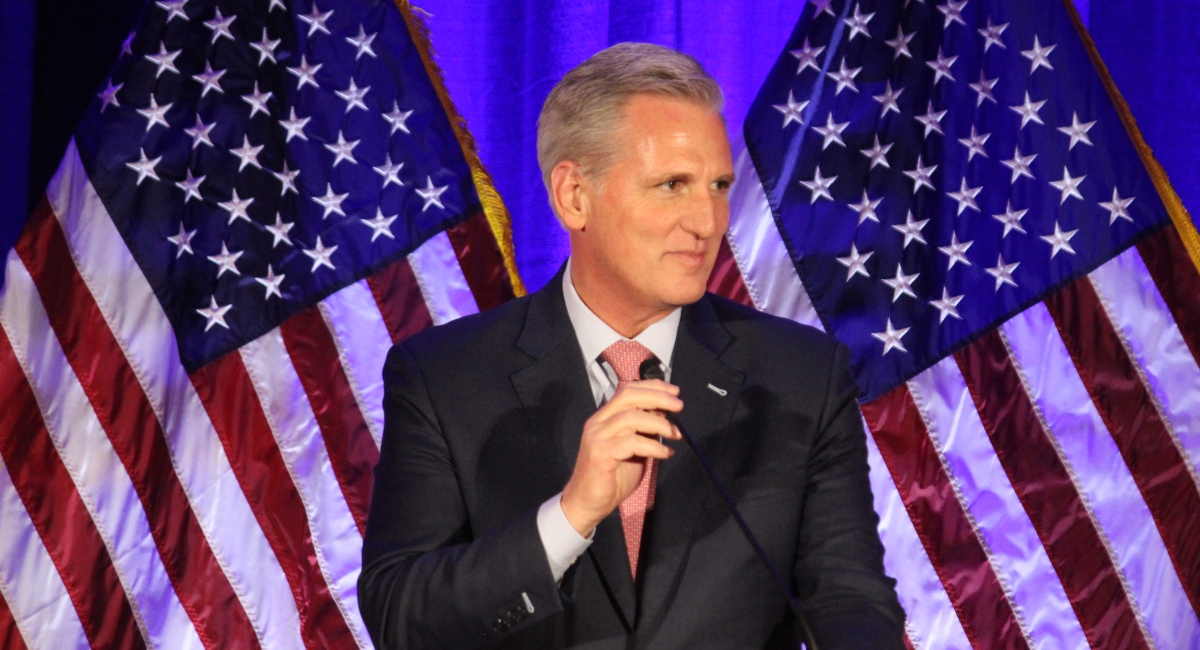 Congressman Kevin McCarthy (R-CA) was just nominated to be the next Speaker of the U.S. House of Representatives in a 188-31 vote among Republicans during a closed-door vote, possibly indicating trouble ahead as Congress goes to a full vote on January 3 of next year.

McCarthy’s victory, while important for the alliance of establishment conservatives who joined 45th President Donald Trump to support him, comes as Republicans are projected to regain control of Congress following last week’s midterm elections.

where some have argued that the Republicans under performed against Democrats — stopping what was rumored to be a “red wave.”

Critics of McCarthy have pointed out that the current House Minority Leader does not have the required 218 votes necessary to win the floor vote in January despite receiving endorsements from 45th President Donald Trump, Rep. Marjorie Taylor Greene (R-GA), Rep. Jim Jordan (R-OH), and other prominent Republicans.

Rep. Matt Gaetz (R-FL), a vocal opponent of McCarthy, recently stated that there are “definitely more than five members of Congress who would rather be waterboarded by Liz Cheney than vote Kevin McCarthy for Speaker of the House, and I’m one of them.”

There are definitely more than five members of Congress who would rather be waterboarded by Liz Cheney than vote Kevin McCarthy for Speaker of the House, and I’m one of them. pic.twitter.com/UmZurW27Bk

In winning the initial vote, McCarthy successfully fended off a challenge for the position by Congressman Andy Biggs (R-LA), who yesterday said Republicans seek a “new paradigm” and “different direction from the House of Representatives.”

“Well, let me start off by saying I am so pissed off, I cannot even see straight,” Cruz said on his “Verdict” podcast.

Cruz slammed McConnell for what “should have been a fundamental landslide election,” citing the Minority Leader’s withdrawal of crucial GOP funding from Arizona Senate candidate Blake Masters’ campaign to use against another Trump-endorsed candidate in Alaska.

“He blew the Midterms, and everyone despises him and his otherwise lovely wife, Coco Chow!” President Trump said.