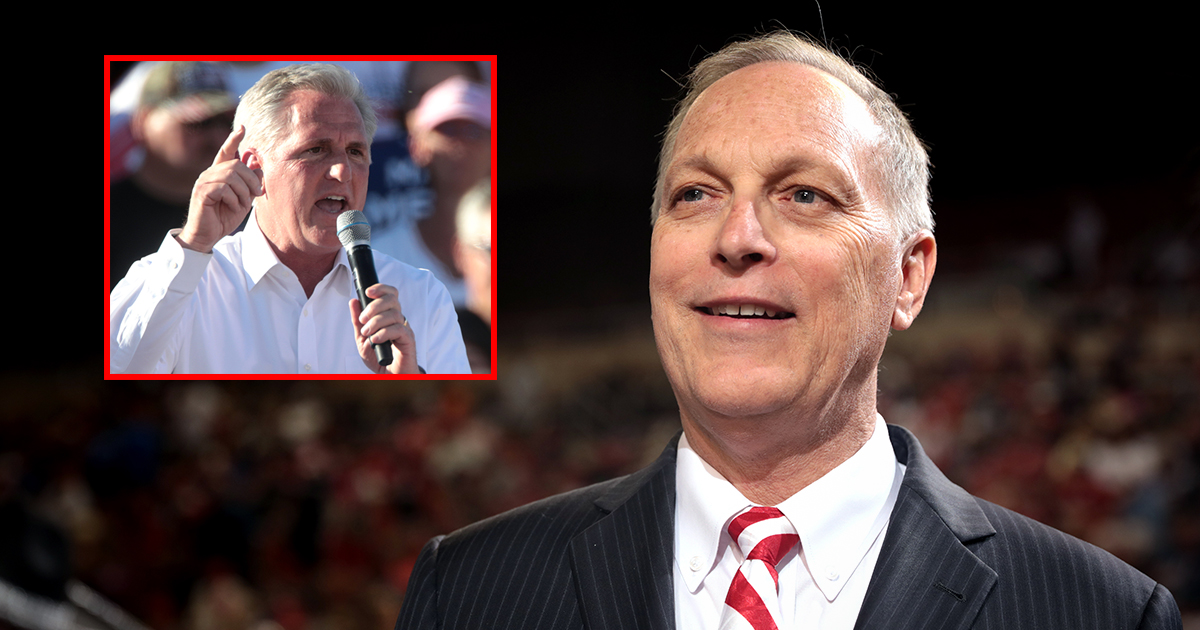 Rep. Andy Biggs of Arizona has officially confirmed his intention to challenge Rep. Kevin McCarthy to become the next Speaker of the House as Republicans are all but certain to win the required seats.

Speaking to Jenn Pellegrino on “Prime News” on Monday, Biggs confirmed that he will be nominated today, though he hinted at a courteous internal campaign against McCarthy.

“We have a new paradigm here, and I think the country wants a different direction from the House of Representatives,” Biggs told Pellegrino. “And it’s a new world.”

“And yes, I’m going to be nominated tomorrow to the position of Speaker of the House,” he revealed. “We’ll see if we can get the job done with the votes. It’s going to be tough.”

Watch an excerpt of the interview on Spreely.video:

“I mean, Kevin has raised a lot of money and done a lot of things, but this is not just about Kevin,” Biggs insisted. “I think it’s about institutional direction and trajectory, and that’s where we’re where we’re going to see if we have enough people who agree that we need to change the trajectory of this place and open it up.”

He explained that he’s running to “open it up” for House Republicans to “actually represent the constituency in a more open and transparent manner.”

Pellegrino, taken aback by Biggs’ statement, asked if he “just announced” his push to become Speaker of the House.

Biggs replied, “Yeah, I guess, I guess I did. Kinda. So there you have it”

Though Biggs, who became Chair of the House Freedom Caucus in 2019, hinted that it may be difficult to beat McCarthy for the gig, it was recently claimed that McCarthy does not have the votes to avoid a contest altogether.

Former Trump administration official Russ Vought told Rep. Matt Gaetz, a vocal opponent of McCarthy, that his plan to hold the vote so early is “incredibly disrespectful” and “presumptuous” because “he knows he doesn’t have the votes.”

“It is incredibly disrespectful to his members to be that presumptuous when he knows he doesn't have the votes to be Speaker of the House.

It should offend members of Congress who have a vote on this."https://t.co/9kxDo7KhFJ pic.twitter.com/5yEasrt7k4

“I think it’s incredibly disrespectful to his members, to be able to be that presumptuous when he knows he doesn’t have the votes,” said Vought.

“We know he doesn’t have the votes,” he added. “We don’t even know what the majority is.”

Spread the love
In this article:2022, Andy Biggs, Commentary, Featured, Kevin McCarthy, Speaker of the House