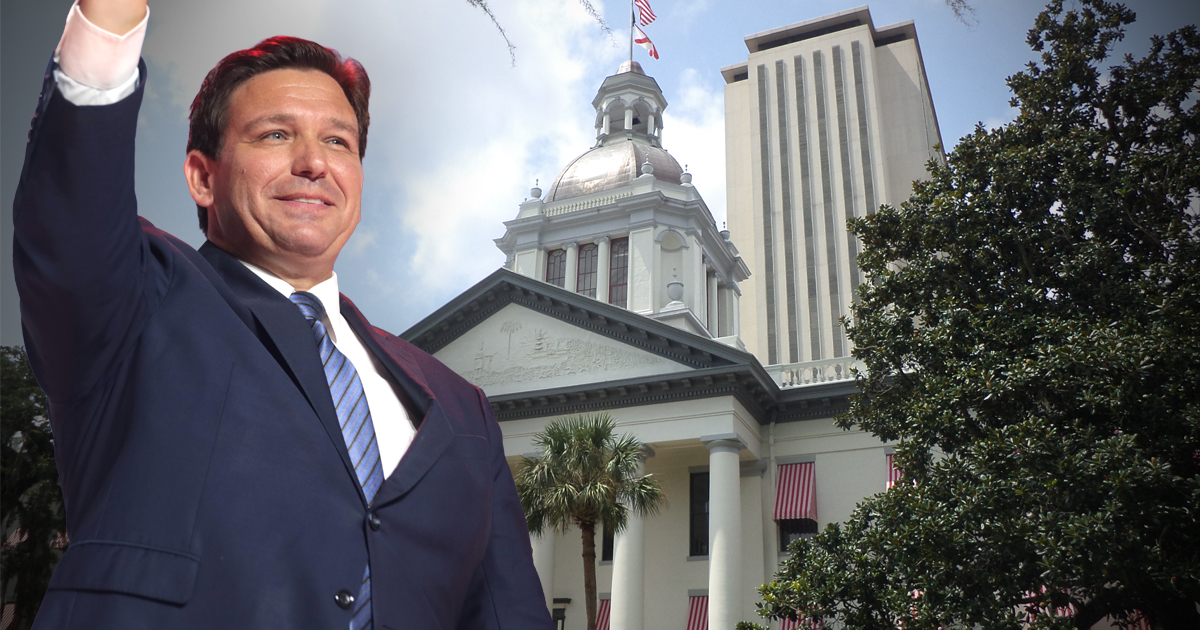 Both the Florida House Speaker and Senate President have said they back changing a state law to allow Ron DeSantis to run for president while he is still governor.

Following the impressive Republican results in the midterms, the Florida State Legislature convened on Tuesday, electing Paul Renner as House Speaker, and Kathleen Passidomo as Senate President. In his opening speech, Renner said he would deliver a “bold agenda” as Speaker under the new GOP supermajority in the House, including tackling the “woke” movement.

Both Renner and Passidomo were congratulated by Governor DeSantis, adding that he looks forward to “working together with our historic legislative majorities to continue to keep Florida free.”

Congratulations to Senate President @Kathleen4SWFL and Speaker @Paul_Renner on beginning your terms.

I look forward to working together with our historic legislative majorities to continue to keep Florida free.

Speculation has mounted as to whether DeSantis will challenge 45th President Donald Trump for the GOP nomination in the 2024 presidential race. At the moment, a Florida state law known as “Resign to Run,” may prevent him from doing so.

“Any officer who qualifies for federal public office must resign from the office he or she presently holds if the terms, or any part thereof, run concurrently with each other,” the law currently states. The federal restriction was put in place just four years ago.

However, when asked by reporters, Speaker Renner said that it would be a “good idea” to change the law in a hypothetical situation if DeSantis did decide to seek the Republican presidential nomination.

Related  WaPo: Vaxxed ‘Make up a Majority of COVID Deaths,’ Not ‘Pandemic of the Unvaccinated’ After All

“You will find me to always try to hone toward being principled and consistent,” Renner said. “This is one area that, going back in history – you don’t have to go very far on a kind of two-second Google search – we’ve been totally inconsistent on. If you think that’s based on anything in your hypothetical, you would be right, and I’ll be very open and transparent about that.”

Passidomo later concurred when asked the same question “If Speaker Renner thinks it’s a good idea, I think it’s a good idea,” she said. “When you think about it, if an individual who is from Florida, who is a Florida Governor is running for president, I think he should run and do it. I really do.”

Fla House Speaker @Paul_Renner says he’s willing to change state law during 2023 session so @GovRonDeSantis can run for president without having to resign. Called it a “good idea.”

Jon Mills, a constitutional law professor from the University of Florida, noted that while the statute does mention federal elections, it is not clear regarding presidential runs. “The question is when? What does qualification mean in terms of running for president? Does it mean you are the final nominee or is it when you qualify for the first primary state?” Mills said.

Others have suggested the law is even less clear than initially presented. Nicholas Warren of the Florida ACLU highlighted that Florida law is very specific as to what constitutes “qualifying” for office, adding that only write-in candidates for president would have to legally “qualify.”

As much as I hate disagreeing with Jon Mills, my textualist take is that the governor need not resign to run for prez because R2R limits people who “qualify” for office – and you don’t “qualify” to run for president in Florida. 1/6 https://t.co/6pvrsXXPs6

For the general, elector slates are appointed by the governor. The name of their party’s candidate is listed on the ballot, but the candidate sort of arises organically as the party nominee and never “qualifies” (F.S. 103.021) 4/6

Regardless of current interpretations, Renner confirmed that the House would look at state election law in general, and would likely clear up any confusion with new legislation.