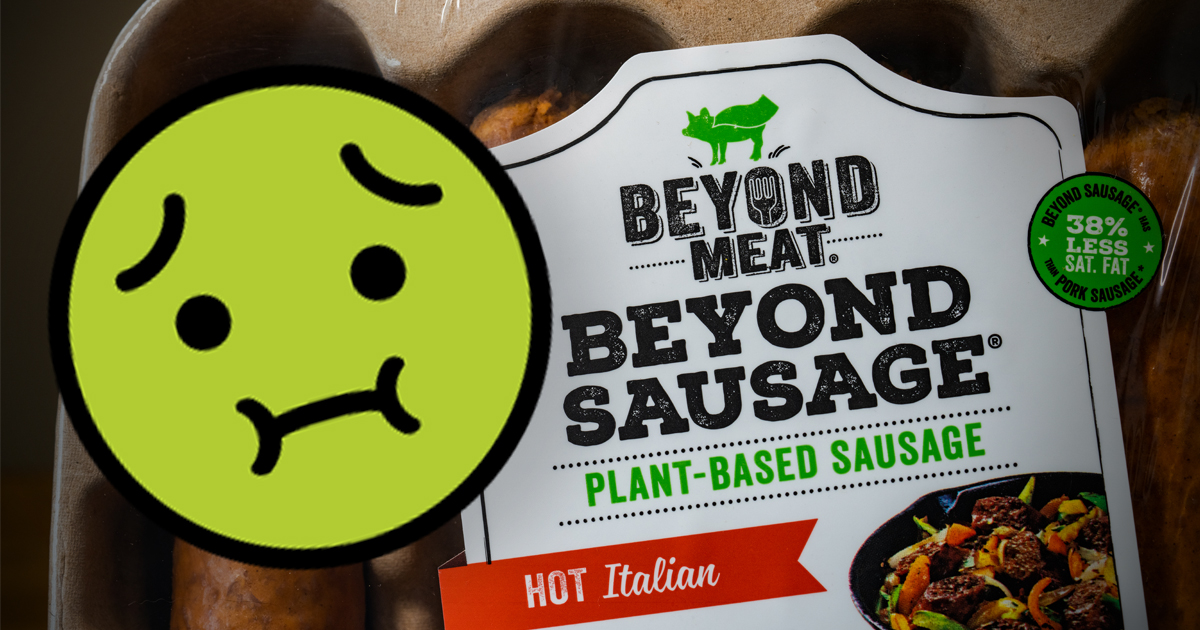 Internal photos and documents from a key Beyond Meat plant in Pennsylvania reveal a presence of mold, deadly bacteria, and foreign objects found in the fake meat.

Bloomberg News reported on Monday on the state of the Pennsylvania fake meat factory, noting that internal documents, leaked by a former concerned employee, revealed that Listeria, a harmful bacteria with a case-fatality rate of 20%, had been found on at least 11 occasions out of 56 tests conducted between June 2021 and June 2022.

While common in food plants, Listeria is only usually present in drainage areas. William Madden, the co-founder of Whole Brain Consulting, said finding it in food is a serious problem. “It shouldn’t be occurring in your food, not in any detectable level,” Madden told Bloomberg. “If this was a co-packer, I’d be telling you it’s time to move, but they actually own this place.”

Martin Bucknavage, who currently works as a food safety expert at the Pennsylvania State University’s Department of Food Science, added that it would be “highly unusual” to see the level of the bacteria recorded in the Beyond Meat internal documents.

Photos and internal documents from a Beyond Meat plant in Pennsylvania show apparent mold, Listeria and other food-safety issues, compounding problems at a factory the company had expected to play a major role in its future https://t.co/zZCgp4WQg6 pic.twitter.com/CdjeGR9EbK

Photos taken inside the Beyond Meat showed what appeared to be mold on walls and ingredient containers, spills, and unsafe use of equipment. Bill Marler, a food-safety attorney, argued that since mold growth “takes a while,” the photos underscored “a lack of cleanliness” at the plant. “If neat and tidy is 1 and filthy is 10, I’d put this at an 8,” he concluded.

Both Madden and Bucknavage warned that it was difficult to draw conclusions just from the photos of dirty containers themselves, as they may have been prepared to be discarded. However, leaving them inside would risk spreading mold throughout the factory.

The image of the trolley in the mixer was an incident “begging for contamination,” Madden said, describing it as a “really, really bad idea,” while Bucknavage added that “you would not take something with wheels on the ground” and then just pour it into a mixer.

“Although we’re seeing snapshots, there’s enough there that we’re seeing a lot of cleanup that needs to get done,” Bucknavage concluded.

Further internal documents and photos revealed that materials such as plastic, metal, string, and wood, have been found in the fake meat produced at the plant dozens of times, along with other products sent for destruction due to cross-contamination, having the wrong expiration date, or the wrong colour or weight. 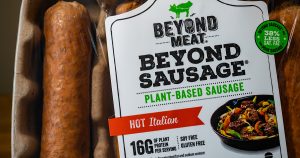 One October 2021 document revealed that Beyond Meat products got through inspection, with wood found in burgers at two different A&W restaurants, and an April 2021 report showing a metal link contained in a bag of Dunkin’ sausage patties. A spokesman for Dunkin’ said they ended their relationship with Beyond Meat last year, and “has no record of the incident mentioned.”

According to a Beyond Meat spokesman, two inspections by the Pennsylvania Department of Agriculture in March and September “found no instances of nonconformance with regulations,” with the company claiming that their food safety protocols “go above and beyond industry and regulatory standards.”

Supposed “external third-party audits” also rated the plant highly, although Beyond Meat did not reveal who audited the factory. The company also did not comment on the internal documents revealed by Bloomberg.

However, a Pennsylvania Department of Agriculture spokeswoman claimed that the visit in September wasn’t a plant inspection, but only involved a check-up on an unpaid $35 annual fee, that has since been paid. The FDA has also not inspected the plant since Beyond Meat purchased it in 2020.

“Mold growth takes a while — that underscores a lack of cleanliness,” said Bill Marler, a food-safety attorney, after viewing some of the photos.

The Pennsylvania factory was destined to become a key infrastructure component in expansion plans envisioned by Beyond Meat CEO Ethan Brown, designed to create a “global protein company.”

Planned upgrades to double the site size have now been put on the back burner, due to financial issues caused by inflation and an 11.9% drop in demand for fake meat. Since 2019, shares in Beyond Meat have fallen from 92% of their peak closing value.

Valiant News reported in September that their-then COO, Doug Ramsey, was arrested after being accused of biting a man’s nose during a road rage incident in a parking garage in Fayeteville, Arkansas. Ramsey left the company the following month.

Beyond Meat are also currently being sued, with the lawsuit alleging that the protein content of their fake meat is miscalculated, and that the company is vastly overstating the quality of the product.