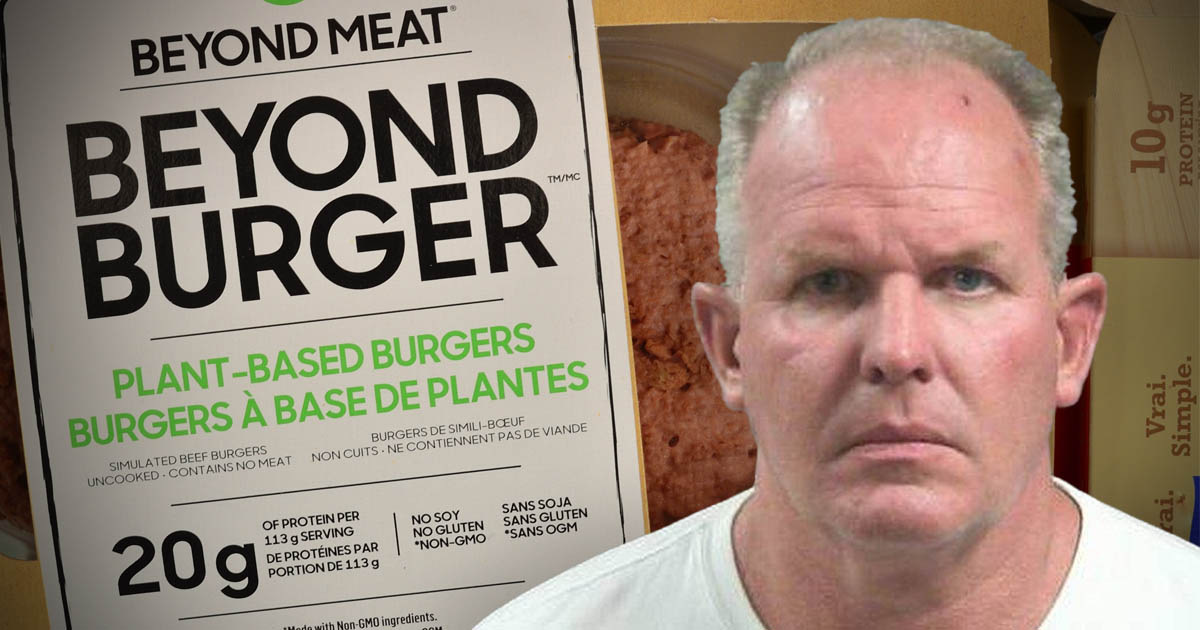 Doug Ramsey, the COO of vegan alternative meat company Beyond Meat, was accused of biting a man’s nose after a road rage incident in a parking garage.

Ramsey, 53, who joined Beyond Meat as their Chief Operating Officer in December last year, was arrested on Saturday in Fayeteville, Arkansas, and charged with “terroristic threatening” and third degree battery, according to the Washington County Sheriff’s Department.

Citing a recent police report, local news stations KNWA/Fox 24 reported that Ramsey was attempting to leave a parking garage near Razorback Stadium, following the victory of Arkansas over Missouri State. While attempting to leave, according to a witness, Ramsey’s Bronco was nudged by a Subaru.

The Subaru owner told police that Ramsey then “punched through the back windshield” of his car, and after he got out to see what had happened, he was then “pulled… in close” by Ramsey, who started “punching his body.” Ironically for a senior director of Beyond Meat, Ramsey then allegedly “bit the owner’s nose, ripping the flesh on the tip of the nose.”

Before joining the vegan food company, Ramsey spent 30 years on the other side of the food aisle, working for meat processing giant Tyson Foods, overseeing the McDonald’s and poultry business units.

“Beyond Meat is the gold standard in the plant-based meat industry and I am proud to join in its mission to produce delicious products that are healthier for our customers and more sustainable for our planet,” Ramsey said when he joined the company in December.

“I’m thrilled to be a part of a company that is constantly innovating and delivering high-quality products to some of the world’s most prominent foodservice and retail customers,” he added.

The Beyond Meat COO was arrested for biting a man’s nose. Once again proving you just can’t beat the real thing.

Beyond Meat are currently being sued, with the lawsuit alleging that the protein content of their fake meat is miscalculated, and that the company is vastly overstating the quality of the product.

In June of this year, the fake meat produced by the company cost twice as much as real ground beef, the Financial Times reported.