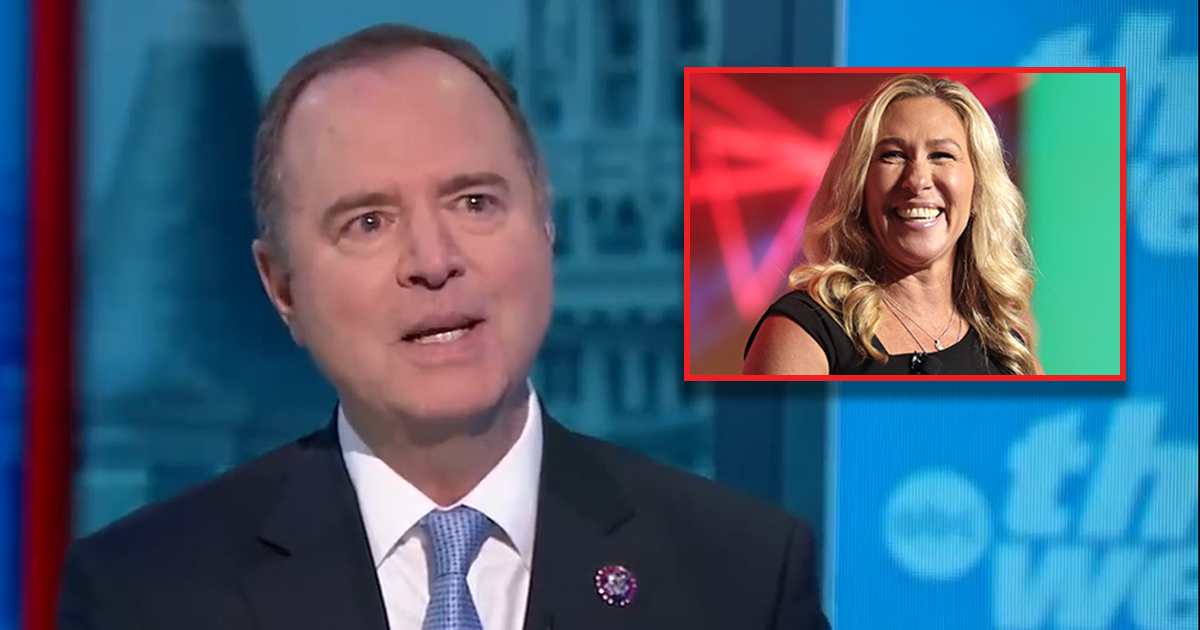 McCarthy, who faces a challenging election to become Speaker of the House due to a number of high profile Republicans united against him, has promised to remove Rep. Ilhan Omar from the House Foreign Affairs Committee, and Reps. Eric Swalwell and Schiff from the House Intelligence Committee.

In response, Schiff derisively declared that McCarthy “will do whatever Marjorie Taylor Greene wants him to do” if he becomes the next Speaker.

“Well, I suspect he will do whatever Marjorie Taylor Greene wants him to do,” said Schiff during his appearance on ABC’s “This Week” on Sunday.

Watch an excerpt of Schiff’s interview on Spreely.video:

Schiff, who with his Democratic colleagues has effectively run the country through single party rule for the past two years, predicted hard times under Republicans.

“It’s going to be chaos with Republican leadership,” Schiff predicted. “Sadly, the crazy caucus has grown among the Republicans.”

Though McCarthy has attempted to cast himself as a fierce ally of 45th President Donald Trump, some of the former president’s biggest supporters in the House believe that McCarthy will not represent the Make America Great Again movement as Speaker of the House.

Rep. Matt Gaetz recently became the public face of the effort to keep McCarthy out of Republican leadership in the House. That effort ultimately failed, though Gaetz and his allies secured an important victory in denying McCarthy the votes he will need to become Speaker next January.

“Kevin is FLIGHT over FIGHT when the chips are down,” Gaetz wrote on Twitter, ultimately adding, “He is not a Speaker for these times.”

Kevin is FLIGHT over FIGHT when the chips are down

He is not a Speaker for these times

Though Gaetz remains resolute in his conviction that McCarthy will fail to represent his constituents interests as Speaker, other pro-Trump Republicans have warmed to the man.

These include Rep. Marjorie Taylor Greene, and Trump himself, who has quietly backed McCarthy since before the 2022 midterms.