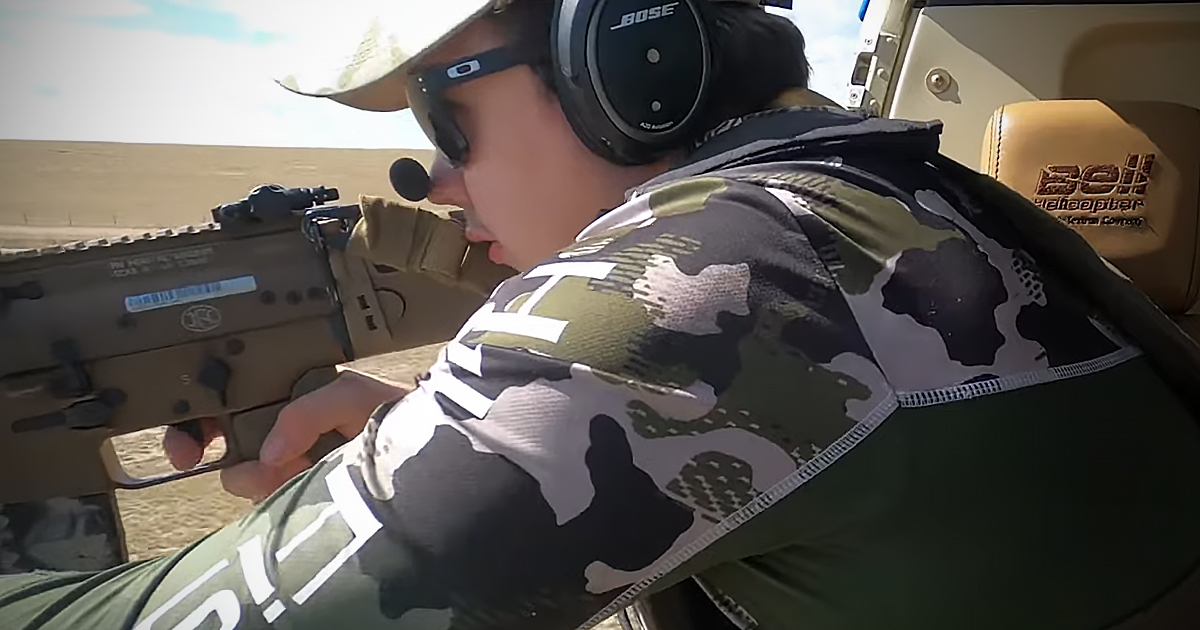 Self defense icon Kyle Rittenhouse has officially launched a YouTube channel, and told viewers of his first video that he plans to create content around guns and the Second Amendment.

Rittenhouse published his first YouTube video on Sunday, simply titled “Welcome to my channel”, featuring video of Rittenhouse at the range and alongside his YouTube cohost, Brandon Herrera, also known by his nom de plume, The AK Guy.

“I have some great content that I look forward to making for you guys,” said Rittenhouse, surrounded by rifles.

Rittenhouse previously appeared on Herrera’s YouTube channel earlier this month, participating in a gun meme review. Many of the memes featured Rittenhouse or referenced moments from his explosive trial.

Discussing his interactions with Thomas Binger, the Kenosha prosecutor who worked to convict Rittenhouse, he told the audience about a private exchange the men shared.

“One of my first court hearings, we were in the back in the judges chamber, and he walked in late, like 10 minutes late,” Rittenhouse recounted. “He goes, ‘Hi Mr. Rittenhouse,’ and I go, in the back of my head, ‘f**k you.'”

“The lapel, oh my God,” Rittenhouse added, remembering Binger’s infamous Star Wars lapel pin worn during the trial. “That’s what, like, you would wear to prom, right?”

Herrera countered, “I don’t know if Binger ever got asked to go to prom.”

While Rittenhouse was fully acquitted of all criminal charges, the self defense advocate now faces civil lawsuits and is again fundraising for his legal defense.

This time, Rittenhouse partnered with the National Association for Gun Rights (NAGR), and his YouTube channel appears to be affiliated with the Second Amendment advocacy group.

On its website, NAGR hosts and sponsors the Kyle Rittenhouse Civil Litigation Defense Fund, which includes a fundraising call to action from NAGR President Dudley Brown.

“I know many of you already helped Kyle out financially before and during his trial, but I can tell you that this next fight is going to be every bit as challenging,” wrote Brown.

“If Kyle loses, mark my words, it’ll be open season on gun owners and the God-given right to self-defense of every American.”

Though currently defending against civil lawsuits, Rittenhouse is widely expected to launch lawsuits of his own in the near future, and has previously suggested he may have a case against powerful Democrats, including President Joe Biden and Facebook and Meta founder Mark Zuckerberg.