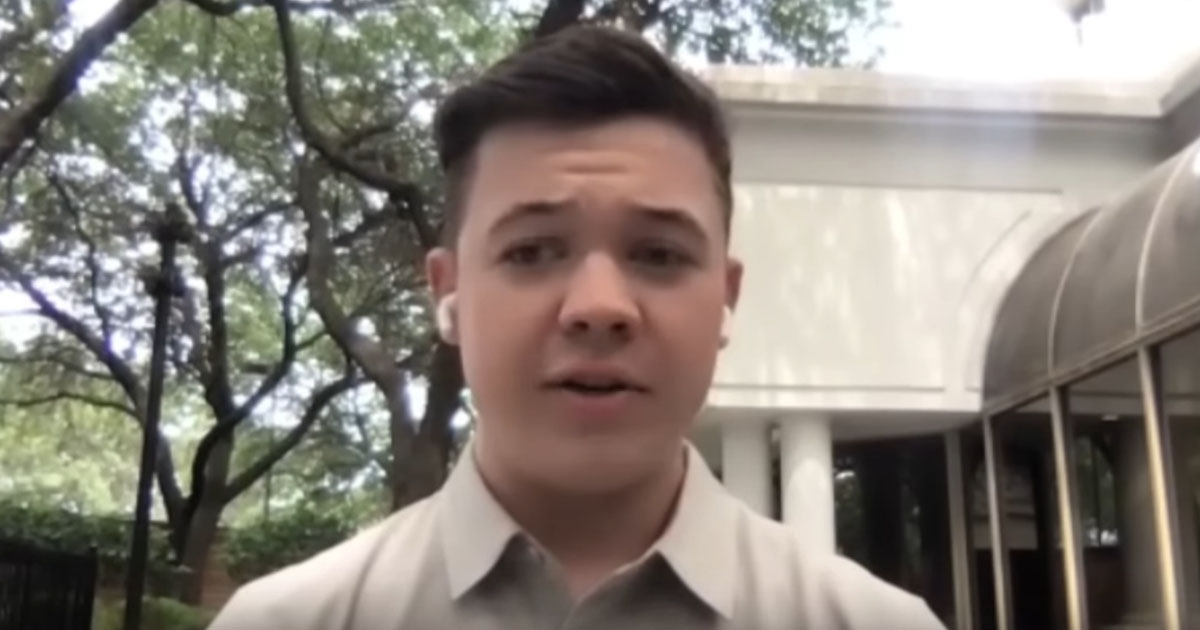 Kyle Rittenhouse, the teen who made headlines for acting in self defense during Kenosh’a 2020 BLM riots, has confirmed that his legal team is prepared to bring defamation lawsuits against president Joe Biden for the latter’s remarks insinuating Rittenhouse was a militia member and a white supremacist.

Turning Point USA’s Drew Hernandez asked Rittenhouse if Biden was in his “legal crosshairs” during an interview on Hernandez’s show “Frontlines” last week.

“Well yeah, President Biden used me three months right before a presidential election,” Rittenhouse replied. “He used my face in a campaign video. We tried to – I said several times, ‘Biden, let’s have a conversation, let’s sit down.’ He still hasn’t responded.”

RITTENHOUSE ACTIVATES: @ThisIsKyleR confirms President Joe Biden is in his and his legal team’s lawsuit crosshairs as he prepares to go on offense with defamation lawsuits

“I’m looking forward to working with Todd McMurty,” wrote Rittenhouse on Twitter. “He’s been helping my friend [Nick Sandmann] and I’m excited now to have him on my [team].” Rittenhouse linked to an article by Fox News that revealed McMurty is taking aim at Zuckerberg.

McMurty reportedly believes “there’s probably 10 to 15 solid” cases for Rittenhouse to pursue against “large defendants,” with two of the largest being Zuckerberg and Facebook, the formerly eponymous name of Zuckerberg’s company Meta.

Related  GOSAR: Tanks Sent to Ukraine Belong on Southern Border, ‘Where America Is Being Invaded'

“Before EVER hearing the facts of my case, the MSM, elected officials and celebrities ALL labeled me Guilty,” Rittenhouse stated in March. “At the same time, they pressured Trump to condemn my actions, he refused. He suggested my actions were in self-defense & was attacked for defending me.”