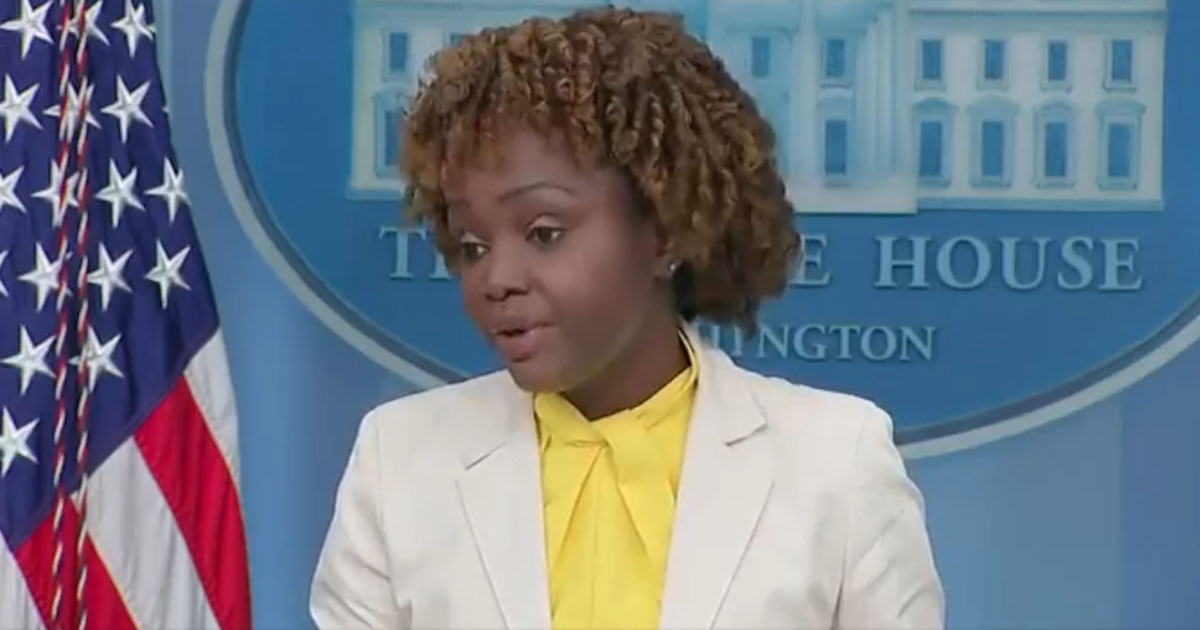 “So, um, you know, we always say ‘nothing without Ukraine,'” Jean-Pierre said. “Nothing, no action on Ukraine without Ukraine. Right, that is something when it comes to um, any type of diplomacy or conversation that’s being had, uh, that certainly they have to, uh, be in the room for that, uh, for that piece.”

“Uh, and look, when it comes to the nuclear, uh, potential nuclear threat, we have been very clear about that,” she continued. “We take any, uh, nuclear weapons or nuclear saber rattling very seriously here.”

KJP: "We always say, nothing without Ukraine. Nothing, no action on Ukraine without Ukraine…We take any nuclear weapons or nuclear saber rattling very seriously here." pic.twitter.com/va8yqcwYeW

Jean-Pierre claimed in September that President Joe Biden “has the right” to take many beach house vacations during a period where many Americans are struggling to make ends meet.

“So 17% of Americans have, according to this Gallup poll, canceled vacations or traveled less. The president has been to his beach house 6 times this year, he’s been to North and South Carolina on vacation,” a reporter told Jean-Pierre on Thursday. “Has the president himself considered personally reducing his spending because of inflation or has the administration reduced spending?”

“Which every president does, that its not unusual, that is not uncommon uh, to do, and the president has the right to spend time with his family,” she added.

He was at this $20 million property when the Mar-a-Lago raid on 45th President Donald Trump’s home occurred, and has yet to comment on the action, likely because he’s gone from vacation to vacation.