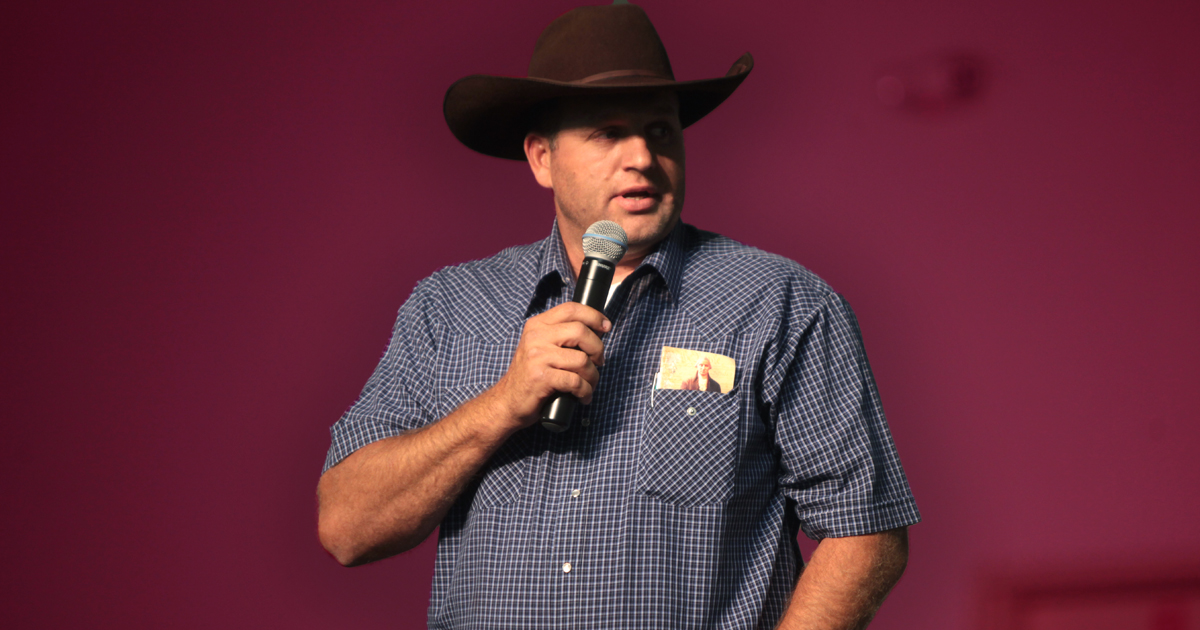 Ammon Bundy, the independent conservative candidate for Idaho governor, has declared he will pardon anyone arrested under the lockdown orders.

Bundy, who is challenging incumbent Governor Brad Little in the upcoming election, released a new advert this week featuring Sara Brady, a mother who was arrested in April 2020 for taking her children to Kleiner Park in Boise during Little’s lockdown order.

Brady is currently facing a trial in January of next year, after having spent $26,000 in legal fees on her case. A motion to dismiss her case on constitutional grounds was denied by the judge.

“I just can’t believe it’s happening in America, let alone Idaho, a state that should be the most conservative state in the nation,” she said. “Still to this day, my kids will ask, sometimes when we go to a playground, ‘mom, are you going to get arrested today?’ The playground was shut down because of Brad Little’s stay-at-home order. Brad Little has done nothing. He’s been silent on it.”

She added that Little, who has refused to intervene in her case, is a “wolf in sheep’s clothing”:

“Everybody thinks that because he has an R behind his name, that he is for the Republican platform. That’s just really not true. I mean look what he did during the stay-at-home order. He was essentially doing the same thing that other Democrat governors were doing. Brad Little is not conservative. Brad Little is not for the people. Brad Little should not be governor.”

Sara Brady was arrested during Brad Little's state-wide lockdown order. Her crime? Taking her children to the park.

When I am Governor of Idaho, I will pardon Sara Brady, and all Idahoans who were arrested during Brad Little's lockdown.

I will never stop fighting for you! pic.twitter.com/0owXDPnXm5

In a statement, Bundy confirmed that he would pardon the Idahoans who were “arrested, jailed and suffered through state prosecution” because of the lockdown orders. “Christians were arrested for holding church service outside. Hundreds of concerned Idahoans were cited or arrested for attending public meetings without masks,” Bundy said.

“As governor, my pardoning pen will be RED HOT! As the head of the Executive Branch, I intend to check and balance the corruption and political bias of the Judicial Branch,” he added. “Sara Brady will be pardoned along with the many others who rightfully opposed Governor Little’s liberal lockdown orders.”

Bundy is facing off against Little, after he won the Republican nomination, defeating his Lieutenant Governor, Janice McGeachin in the primary this year.