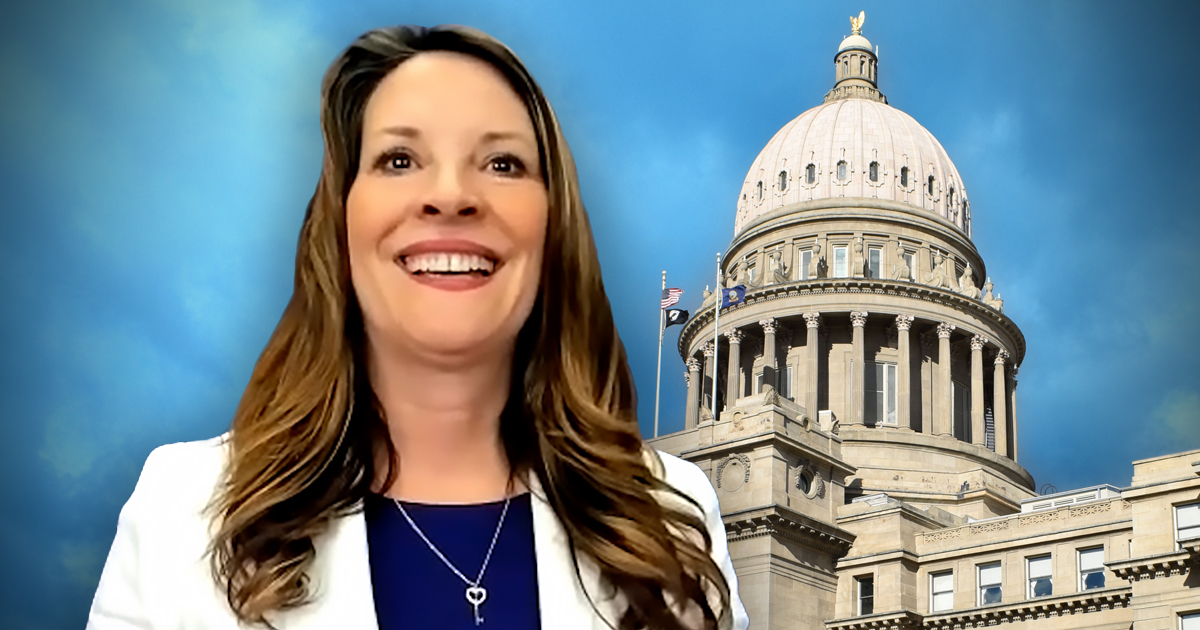 Speaking to Valiant News Associate Editor Jack Hadfield, gubernatorial candidate and Lieutant Governor of Idaho Janice McGeachin revealed her strong commitment to America First policies in the state. McGeachin declared her support for a 50 state audit, stood up against the media trying to cancel her for her appearance at AFPAC, and promised to protect children from harmful leftist agendas.

During her time as Lieutenant Governor, McGeachin clashed with the establishment Republican Governor Brad Little, and attempted to repeal his mask and vaccine mandates while she was acting Governor in his absence.

“I was always opposed to those decisions of the Governor. Some people have questioned why I haven’t been more supportive of him, or why am I working against my boss,” she told Hadfield.

“He’s not my boss. The people of Idaho are my boss, and my oath was to our laws and the constitution, so whenever are those are being violated I’m going to speak out loudly.”

Unsurprisingly, establishment Republicans are not a fan of her campaign for Governor of the state: “I ran [for Lieutenant Governor] on the premise that I was going to come to Boise and the drain the swamp, and I won on that message. We’ve drained the swamp a little bit, but we’ve got more draining to do,” she explained.

As an example, McGeachin noted that her state, disappointingly, has a vaccine mandate.

“I hear the cries of people whose lives have been flipped upside down,” said McGeachin. “We do have a vaccine mandate in our state and thousands of people have lost their job because of that.”

“I’ve had people calling into my office in tears and near suicide because they were so depressed, as for whatever reason they chose not to take the vaccine, and they were forced out of their job, their career that they love so much.” She added, “What is the Governor doing to help the people of Idaho? Nothing.”

– Janice McGeachin on her AFPAC speech

McGeachin was an early supporter of President Trump, working as part of his Idaho team in 2016, and told Valiant News she “absolutely” supports his America First policies. “He’s a great man, very real, very human,” she quipped.

She added that the one of the issues she discussed with Trump was election integrity, which is the “number one issue on the minds of people in Idaho.”

“They’re worried about what we saw happen in 2020 happening again in subsequent elections,” said McGeachin. The current lieutenant governor explained that she filed an amicus brief in support of Trump’s election challenge, even while the Idaho governor refused.

“I also have signed on to support a 50 state forensic audit. We should audit all of our election, all of our counties. As a small businesswoman we get audited all the time. I audit my books, my inventory is audited, my tax returns are audited, so in my view, government should have the same level of transparency with people as the private sector does.”

Idaho gubernatorial candidate @JaniceMcGeachin on why she supports auditing the 2020 election in all 50 states:

"As a small businesswoman, we get audited all the time… In my view, government should have the same level of transparency"

At the end of last month, McGeachin recorded a video message that was played at AFPAC, the rival conference to CPAC organised by America First activist Nick Fuentes.

Like many of the other attendees and contributors to the conference, including Representatives Paul Gosar and Marjorie Taylor Greene, she was slammed by the media for daring to speak to a crowd of excited, young conservatives.

Hadfield noted that the media have a very obvious double standard when it comes to ascribing guilt by association to conservatives and leftists, something McGeachin agreed with. The Lt Governor explained that she was invited by Michelle Malkin to “present a video of my commitment to my Idaho policies, and my vision for the state of Idaho and for America to thousands of young conservatives.”

“I’m not going to back off from the opportunity to talk to other conservatives across the country about America First policies,” McGeachin confirmed.

EXC: Janice McGeachin stands by her AFPAC speech, and explains how she was invited.

"I was invited by Michelle Malkin," said McGeachin. "I'm not gonna back off from the opportunity to talk to conservatives across the country." pic.twitter.com/aDKYfaZmBM

McGeachin, who was accused of associating with white nationalists for recording the video, also pointed out that Michelle Malkin is descended from immigrants originally from the Philippines and is married to a Jewish man.

With child protection being strongly on the minds of conservatives, Hadfield raised Idaho HB 675 with McGeachin, which was designed to protect children from having surgical procedures or be prescribed hormones if they child believed they were transgender.

“If someone is 18 years or younger, they can’t smoke cigarettes, they can’t go to a tanning booth, but there are some instances where they are encouraging people to have a surgical procedure or medications, hormones,” McGeachin said.

“The bill was meant to restrict that… We don’t know the long-term consequences of the procedures or the medication.” She added that “In America we overuse prescription medications” and suggested that “we need to be very careful moving forward.”

The Lieutenant Governor also noted that she would stand by the “beautiful laws” on the books in Idaho that prevent anything more than basic sex education regarding anatomy and physiology from being taught in schools in the state. “Anything more than that belongs in the home, with the parent… There’s a lot that we need to do to protect our children and I’m committed to doing that here in Idaho.”