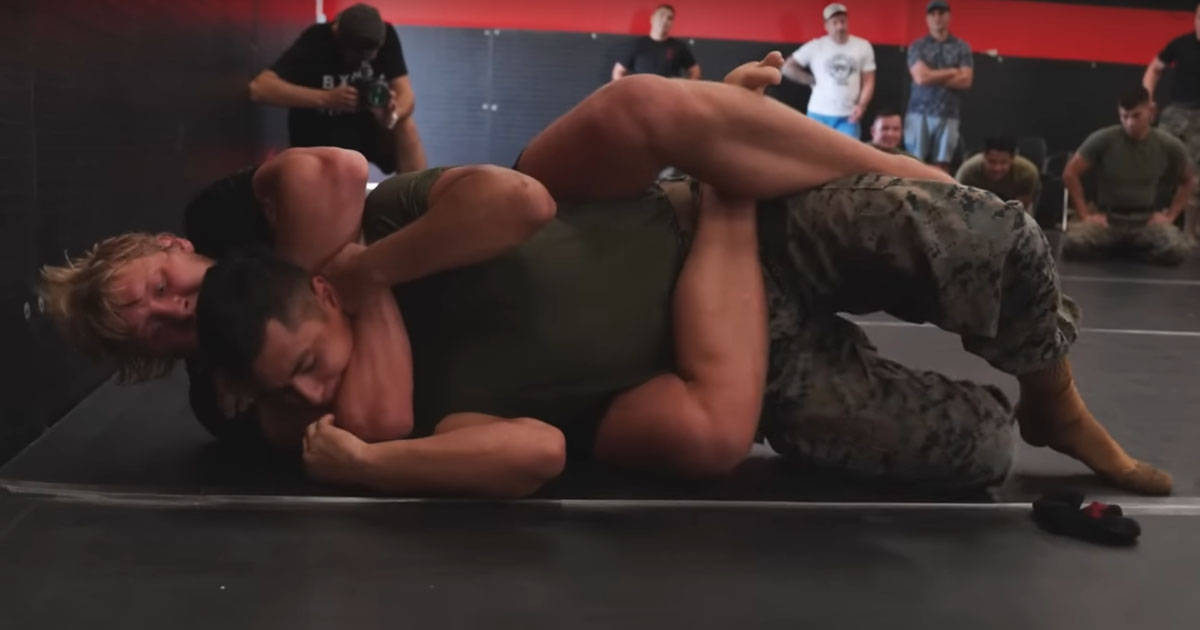 UFC lightweight fighter Paddy “The Baddy” Pimblett released a video this week showing himself making 10 consecutive US Marines tap out in a grappling session.

Pimblett is a mixed-martial arts fighter from Liverpool, England known for his exciting fight style and brash, crowd-pleasing personality.

In the video, Pimblett easily dismantles the defenses of ten consecutive Marines, making each one tap out with a variety of arm and leg locks and chokes.

“You’ve made me do a big crazy work circuit, then I’ve had to f**king roll with every one of you. What the f**k, boys,” Pimblett said after defeating the Marines. “I was meant to be doing a three-mile run today, it’s not happening now. Lad, this has been one of my hardest workouts this week, you gang of big b**tards.”

President Joe Biden infamously used US Marines in the background of his divisive and poorly-received “Red Sermon” speech.

A group of House Republicans are currently demanding answers from Secretary of Defense Lloyd Austin over Biden’s use of active duty Marines during his “Red Sermon” speech denouncing supporters of his chief political opponent, 45th President Donald Trump, as dangerous to the “soul” of the country.

Reps. Elise Stefanik, Mike Rogers, and Ken Calvert sent the letter on Wednesday, according to The Daily Caller. Republicans asked harsh questions about whether the Department of Defense knew Biden’s speech would be nakedly political when it agreed to provide two U.S. Marines for his backdrop.

The House Republicans asked whether the Department of Defense knew the contents of the speech, whether two active duty Marines “would be visibly present” for Biden’s remarks, whether someone requested the Marines’ presence and when, and how the decision was made to send them, The Daily Caller reports.

On Twitter, Stefanik wrote that Biden “inappropriately and illegally jeopardized Marines’ compliance with DoD regulations while he was denigrating” and “demonizing tens of millions of Americans.”