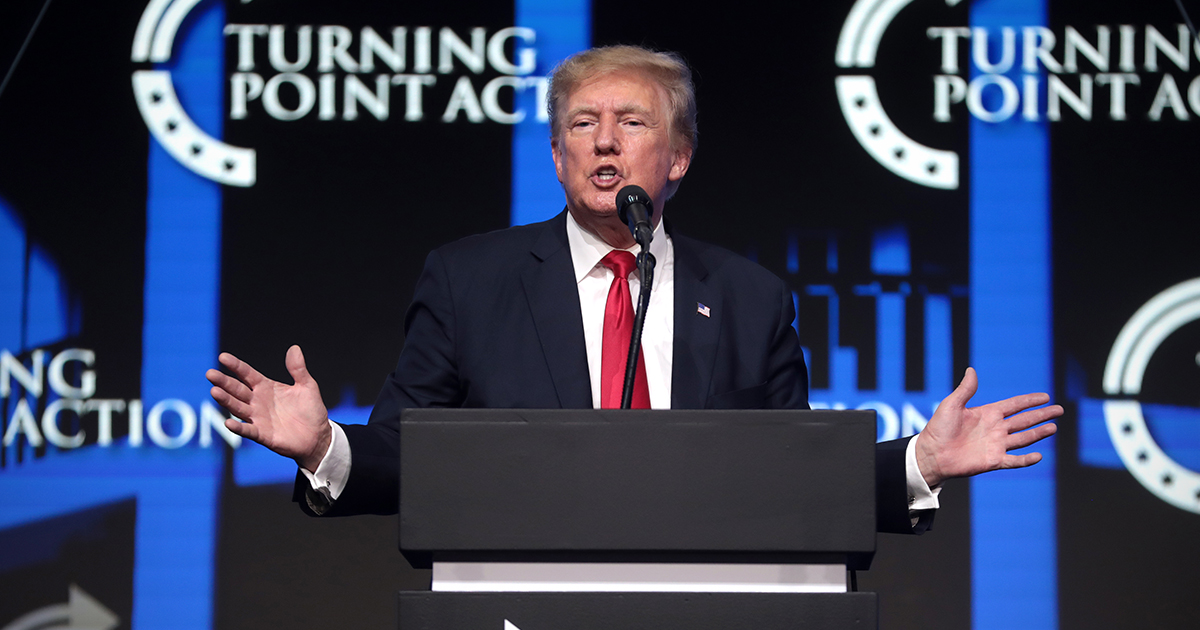 45th President Donald Trump discussed the possibility of being indicted by Joe Biden’s Department of Justice in the coming days, and warned conservative radio host Hugh Hewitt that Americans would not stand for such an unprecedented maneuver from the Democrat-dominated government.

“I don’t think the people of the United States would stand for it,” Trump told Hewitt when asked about the possibility of a forthcoming indictment following the politically divisive raid on Trump’s home and resort in Florida. The former president added added, “As you know if a thing like that happened, I would have no prohibition against running” for the White House in 2024.

“I think you’d have problems in this country the likes of which perhaps we’ve never seen before,” Trump then warned a Hewitt. “I don’t think the people of the United States would stand for it.”

The radio host pushed Trump to explain what sort of “problems” the Biden regime might face should it arrest Trump, its chief political opponent, but Trump demurred.

JUST IN: President Donald Trump on the possibility of being indicted. pic.twitter.com/b61OhibZMn

He added, lamenting, “Everything that they’ve done to try to stop progress, and on top of that, I did more than virtually any — you take a look, with the tax cuts, with the rebuilding of our military, with all the things we’ve done — I don’t think the people of this country would stand for it.”

The Department of Justice and FBI appear to be heating up their investigation of Trump and his closest supporters.

Last week lawyer Harmeet Dhillon and former Republican strategist Steve Bannon confirmed that as many as 50 people in Trump’s orbit were raided or served with legal notices by the federal government this month, with the investigations apparently related to Republican activities in the period immediately following the 2020 election.

“The subpoenas are intentionally broad,” Dhillon explained. “They’re from the ‘Capitol Siege Section’ of the United States Department of Justice DC Office.”

Fox News host Tucker Carlson, who helped break that news last week, believes that Biden is using the power of government to create a permanent one party state meant to preserve Democrat power.

“The United States has a two-party political system, has for our whole lifetimes,” Carlson noted. “If the leader of one party who happens to be the president redefines the other party not as a political party, but as a criminal organization, what is he doing?”

Well, of course, he is demanding a one-party state, and that’s what Biden is doing and he’s using federal law enforcement to make it happen,” he surmised.

Tucker Carlson: "Free speech is a prerequisite for a democratic system, obviously, and until very recently everyone in America unquestioningly understood that." pic.twitter.com/BrsTKI6pAe