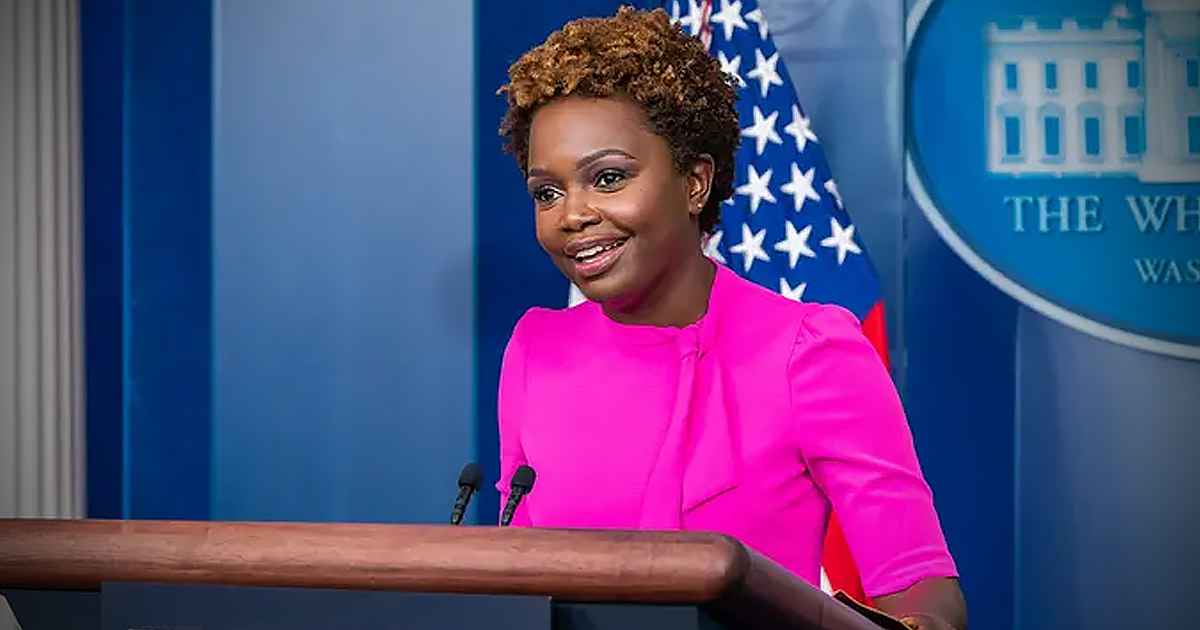 White House Press Secretary Karine Jean-Pierre on Friday effectively declared that the Biden administration views anyone who disagrees with the national consensus as “extreme.”

Jean-Pierre told reporters during a White House press briefing that “when you are not with where the majority of Americans are, then that is extreme, that is an extreme way of thinking,” seemingly suggesting that any opposition to the dictates of the Democratic Party amounts to radicalization.

KJP: “When you are not with where the majority of Americans are, then that is extreme.”

The remarks come as concerns mount over the proposition that the U.S. government is moving in a shockingly authoritarian direction following Biden’s anti-MAGA prime-time address Thursday night, in which he branded 74 million Americans as a credible threat to the country.

“And here, in my view, is what is true: MAGA Republicans do not respect the Constitution. They do not believe in the rule of law. They do not recognize the will of the people,” Biden claimed.

“They refuse to accept the results of a free election, and they’re working right now as I speak in state after state to give power to decide elections in America to partisans and cronies, empowering election deniers to undermine democracy itself,” he said.

“MAGA forces are determined to take this country backwards,” said Biden. “They promote authoritarian leaders, and they fanned the flames of political violence that are a threat to our personal rights, to the pursuit of justice, to the rule of law, to the very soul of this country.”

Biden even went so far as to declare supporters of the 45th president “a clear and present danger” to the United States, apparently suggesting that wartime limitations should be placed on their First Amendment constitutional rights.

The president’s use of the phrase “clear and present danger” appears to originate from the majority opinion written by Supreme Court Justice Oliver Wendell Holmes in 1919’s Schenck v. United States, in which the SCOTUS allowed the government to criminalize the act of publicly speaking out against U.S. involvement in the First World War.

“When a nation is at war, many things that might be said in time of peace are such a hindrance to its effort that their utterance will not be endured so long as men fight, and that no Court could regard them as protected by any constitutional right,” Holmes wrote.

I can’t believe this is a real photograph. It depicts the president of our nation, as he took to the airwaves and spoke about his fellow citizens as if they were sewer rats. pic.twitter.com/bWYxHJfqTa

Last night’s accusations against Republicans were made before blood red lights featuring fully-dressed marines standing at attention, prompting CNN to color shift the background from red to pink in the middle of Biden’s speech, ostensibly due to the concerning optics that some have likened to Nazi Germany.

In his reaction to the speech 45th President Donald Trump accused Biden of threatening Americans with the “possible use of military force,” adding that the president must be “insane” or suffering from “late stage dementia.”

“Someone should explain to Joe Biden, slowly but passionately, that MAGA means, as powerfully as mere words can get, MAKE AMERICA GREAT AGAIN!” said President Trump, adding that if Biden “doesn’t want to Make America Great Again, which through words, action, and thought, he doesn’t, then he” does not deserve to remain president.

“If you look at the words and meaning of the awkward and angry Biden speech tonight, he threatened America, including with the possible use of military force,” President Trump wrote. “He must be insane, or suffering from late stage dementia!”