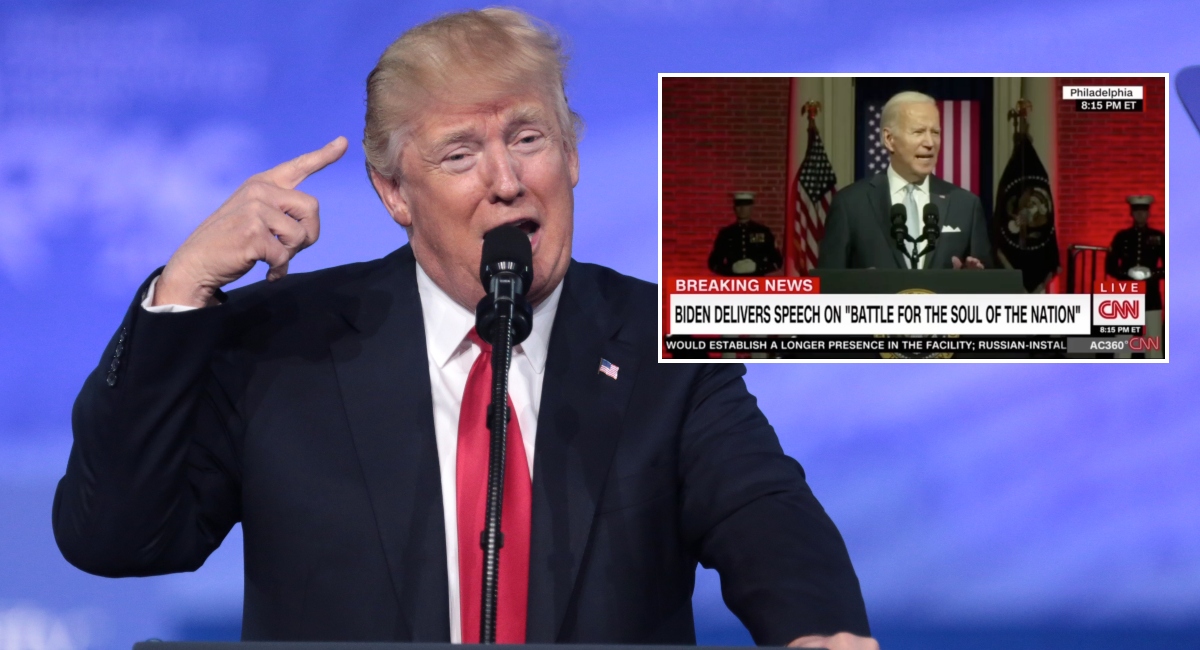 45th President Donald Trump accused Joe Biden of threatening Americans with the “possible use of military force” in response to his speech last night, adding that the president must be “insane” or suffering from “late stage dementia.”

During Biden’s prime-time address, which have been historically utilized by past presidents to announce military action against foreign adversaries, the president launched an unprecedented rhetorical attack on American citizens who chose not to vote for him — referring to 74 million “MAGA Republicans” as “extremists” who pose a grave threat “the very foundation of our republic.”

“Donald Trump and the MAGA Republicans represent an extremism that threatens the very foundations of our republic,” Biden claimed in his speech, denouncing approximately a quarter of the country in a prime time address.

In a response to the speech, Trump suggested “Someone should explain to Joe Biden, slowly but passionately, that MAGA means, as powerfully as mere words can get, MAKE AMERICA GREAT AGAIN!” Trump added that if Biden “doesn’t want to Make America Great Again, which through words, action, and thought, he doesn’t, then he” does not deserve to remain president.

The 45th President noted in a subsequent post to his Truth Social account that Biden threatened American citizens with the “possible use of military force.”

“If you look at the words and meaning of the awkward and angry Biden speech tonight, he threatened America, including with the possible use of military force,” President Trump wrote. “He must be insane, or suffering from late stage dementia!”

Critics of Biden’s speech took issue with the president’s setting, which included blood red lighting and marines standing at attention in the background, prompting CNN to color-shift the background to a rosey pink tone in the middle of the broadcast, Valiant News reported.

“President Biden’s Thursday night speech raised more than a few eyebrows – between the White House essentially declaring civil war with half the country, and the ominously authoritarian aesthetic,” reported ZeroHedge.

“The optics were so bad that CNN shifted the color from blood-red to a ‘less Hitlery’ pink in the middle of Biden’s speech, which wasn’t the case on the official feed, or any other network’s coverage.”