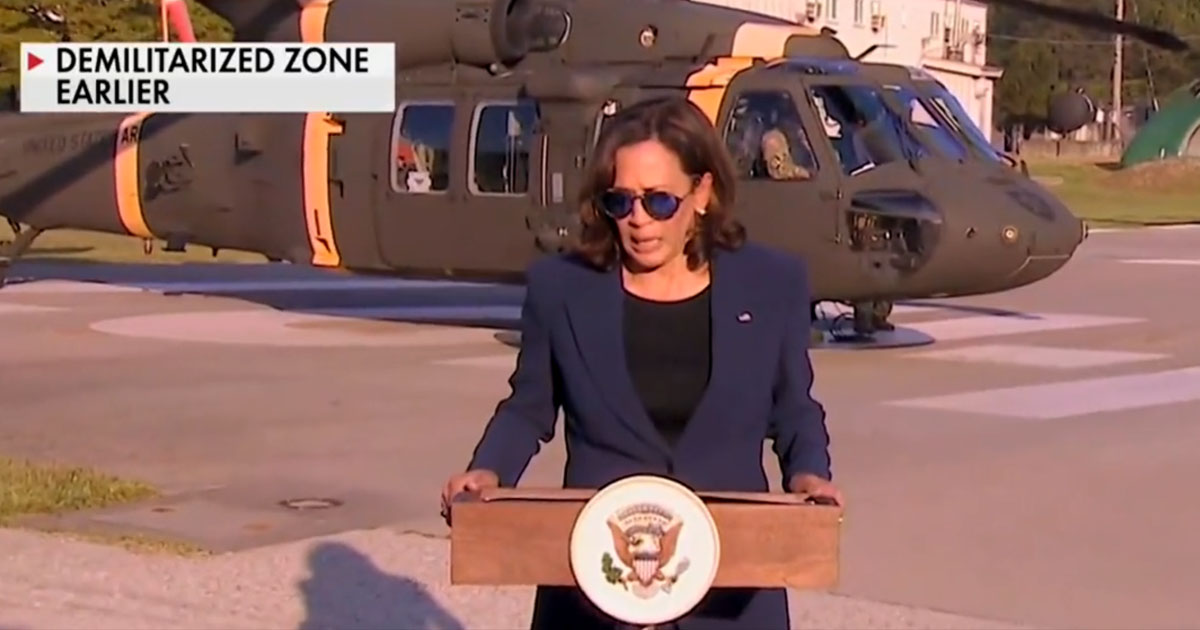 Vice President Kamala Harris demonstrated ignorance about basic foreign policy on Thursday by claiming the US has a “very important relationship” and “alliance that is strong and enduring” with the “Republic of North Korea.”

Harris made the remarks during an appearance at the Korean Demilitarized Zone, to an audience of South Korean citizens.

The Vice President did not appear to be aware of her gaffe, and did not immediately correct it.

Harris’ gaffe follows a viral incident yesterday where president Joe Biden called out for a dead woman in the audience during a White House conference.

Biden forgot that Rep. Jackie Walorski of Indiana had passed away, despite having said in a statement following her death that he and his wife Jill were “shocked and saddened” to hear of her passing.

According to reports, a tribute video to Walorski was played during the conference, according to Politico’s Meredith Lee Hill, who called her a “major advocate for the effort,” with former Daily Caller reporter Greg Price noting that the video had apparently played just before Biden’s speech.

As Valiant News reported, during the conference on hunger Biden pointed at an audience member and shouted “don’t jump,” making it at least the third time this year that Biden has jokingly shouted the phrase during an event focused on the well-being of disabled or sick persons.
Related  57% Want Congress to Investigate CDC As Poll Suggests 'Major' Vaccine Side Effects Now 'Common'
In this article:Featured, Kamala Harris, North Korea, South Korea