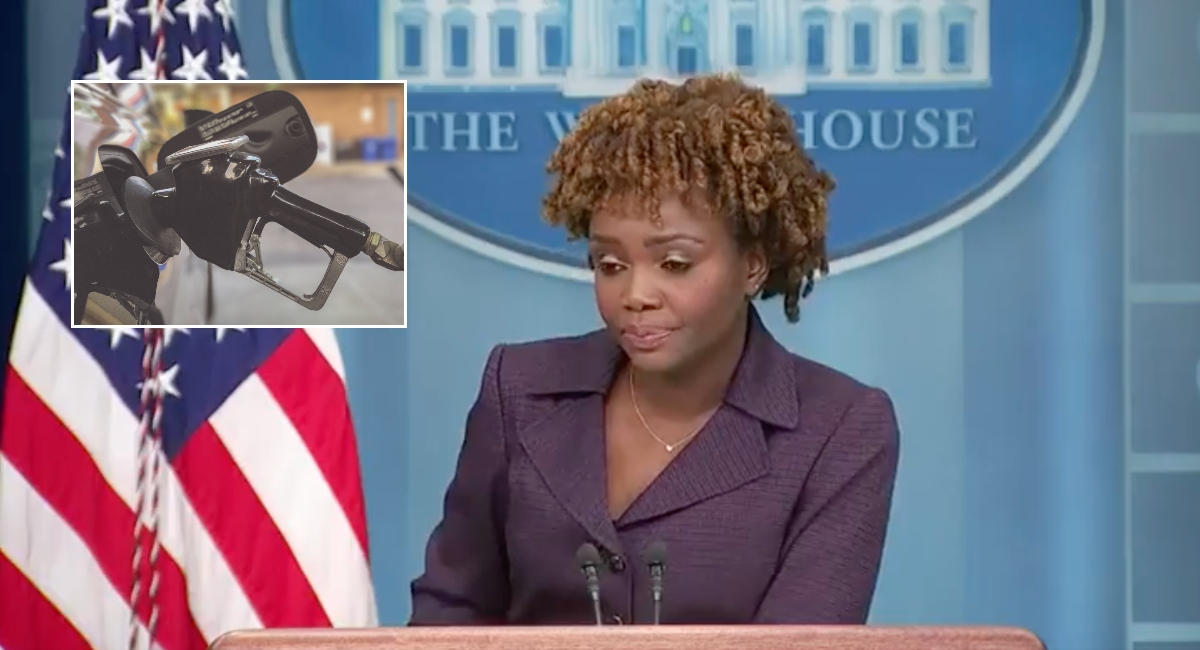 During a White House press briefing, Jean-Pierre was pressed on the nation’s high gas prices by Fox News reporter Peter Doocy, who asked her “why is the president bragging today about gas prices?”

“Because it’s gone down,” Jean-Pierre said. Doocy noted that while gas prices have gone down from $5 per gallon to over $4 per gallon, the price is still $1.72 higher than when Joe Biden assumed office. Jean-Pierre attempted to deflect from Doocy’s point, insisting that Americans should be happy that the price “trajectory” went down to $4 per gallon from $5 “in a way we haven’t seen” in over ten years.

“It has gone, it has come down in a way that we haven’t seen, its trajectory coming down, in over a decade,” she told Doocy, who cleverly retorted, “It’s still over 4 dollars a gallon though, is that good?”

Doocy: "Why is Biden bragging about gas prices?"

Jean-Pierre: "It's gone down."

Jean-Pierre: "You want to talk to a nurse, a teacher, or a firefighter if having that breathing room doesn't matter." pic.twitter.com/dLdwc53qFa

“You want to talk to a nurse, a teacher, or a firefighter if having that little bit of breathing room doesn’t matter to them,” Jean-Pierre said.

“Are nurses, teachers, and firefighters saying gas prices are ‘only 4 dollars and 11 cents, this is great!’?” Doocy asked.

Last week, Biden Economic Adviser Council member Jared Bernstein said $4.30 for a gallon of gas is “positive news” for Americans who are feeling pain at the pump while speaking to liberal CNN host Kate Bolduan.

During the segment, Bernstein explained that “there’s also positive news that we should not overlook. I mean, the price at the pump is now $4.30 a gallon.”