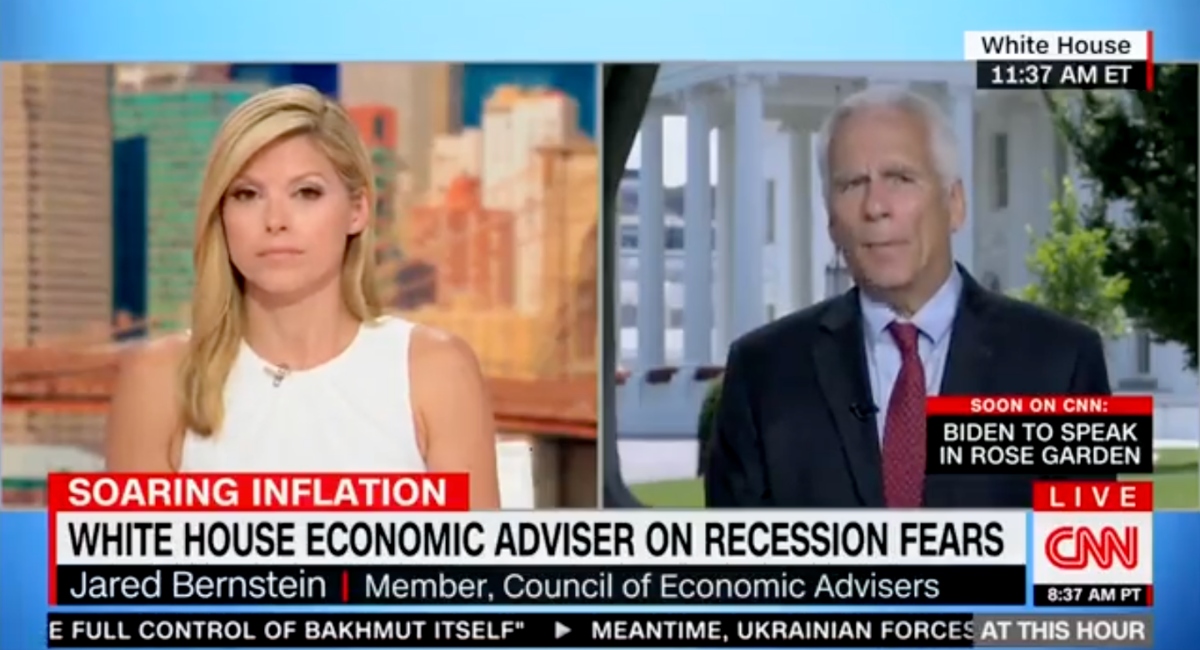 $4.30 for a gallon of gas is “positive news” for Americans who are feeling pain at the pump, according to Biden Economic Adviser Council member Jared Bernstein.

Speaking to liberal CNN host Kate Bolduan, Bernstein explained that “there’s also positive news that we should not overlook. I mean, the price at the pump is now $4.30 a gallon.”

“There’s also positive news that we should not overlook. I mean, the price at the pump is now $4.30 a gallon.” pic.twitter.com/15HCCUejB7

The Biden administration has been touting the slight change in gas prices as a major accomplishment, despite the price being around $2.00 when Joe Biden first took office.

One gallon of gas on average reached a record of $5.00 in June and has since gone down to $4.30, all while Americans struggle to deal with record inflation.

Earlier this month, Biden administration Transportation Secretary Pete Buttigieg contrasted the “pain” of most Americans driving gasoline-powered cars that are affected by high petroleum prices against the “benefit” for those who can afford expensive electric vehicles during House testimony, Valiant News reported.

“The more pain we are all experiencing from the high price of gas, the more benefit there is for those who can access electric vehicles,” Buttigieg said.

Pete Buttigieg is grilled by Rep. Gimenez over the costs associated with buying an electric vehicle:

"The more pain we are all experiencing from the high price of gas, the more benefit there is for those who can access electric vehicles." pic.twitter.com/qmDlkbcjdR

Other members of the Biden administration, such as Economic and political advisor Brian Deese, have stated that the record high gas prices are the cost of preserving the “liberal world order.”

“This is about the future of the liberal world order,” Deese stressed, “and we have to stand firm.”

BIDEN ADVISOR BRIAN DEESE: "This is about the future of the Liberal World Order and we have to stand firm." pic.twitter.com/LWilWSo72S

As the U.S. economy is expected to experience a second consecutive quarter of GDP decline this week – previously the definition of a “recession” – the Biden administration is taking measures to redefine what exactly a “recession” means, Valiant News reported on Monday.

Biden: "We're not gonna be in a recession in my view" pic.twitter.com/A9Y8TaQRhu

“We’re not gonna be in a recession in my view,” a visibly-ill Joe Biden told the White House press corp. “The [un]employment rate is still one of the lowest we’ve had in history, it’s in the 3.6 [percent] area. We still find ourselves with people investing. My hope is we go from this rapid growth to steady growth. So we’ll see some coming down. But I don’t think we’re going to, God willing, I don’t think we’re going to see a recession.”