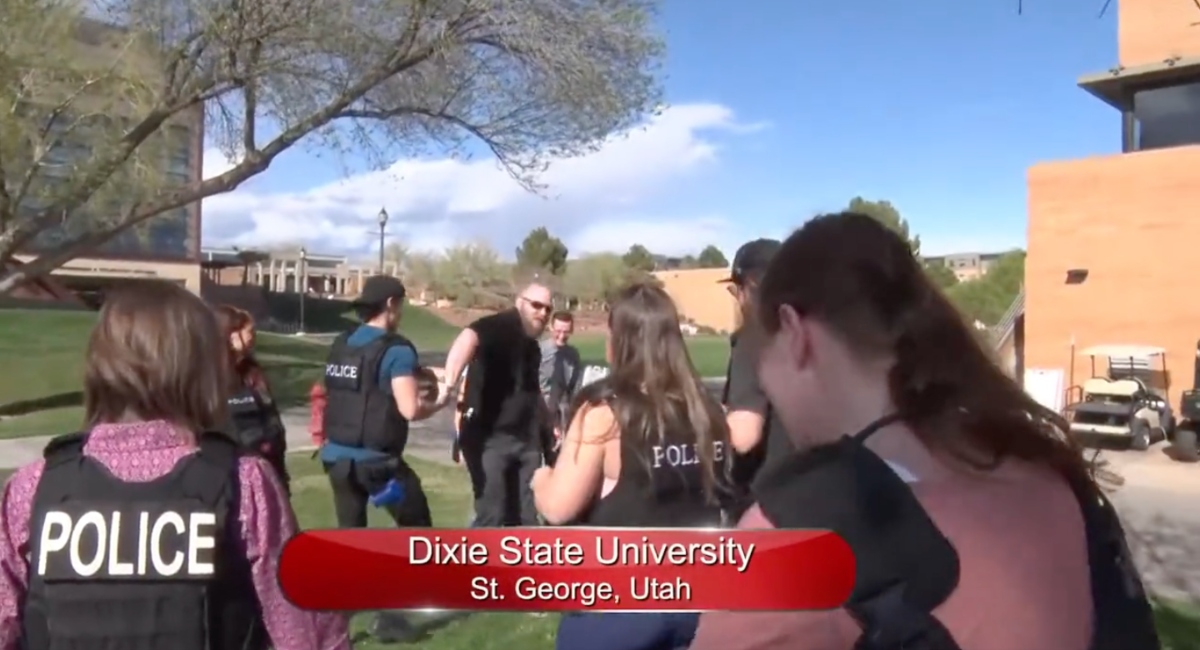 Videos from 2017 that depict Internal Revenue Service (IRS) special agents educating college students at Utah’s Dixie State University on how to take down small business owners have been circulating on social media in light of the passing of the Biden administration’s new “Inflation Reduction Act.”

In the videos, IRS special agents can be observed teaching students in vests that say “police” and “IRS-CID” own how to enter buildings, question and apprehend simulated financial crime suspects, while armed with fake guns.

In one video, the IRS teaches students to take down a mock owner of a landscaping company who failed to properly report how he paid for vehicles.

Congressman Thomas Massie (R-KY) in an August 19 tweet noted that the IRS was not teaching the students about “taking down a billionaire who uses the corporate jet for private trips,” and instead trained them to take down a small business.

Notice the scenario in this IRS recruiting program is “taking down a landscape business owner who failed to properly report how he paid for his vehicles,” not “taking down a billionaire who uses the corporate jet for private trips.”pic.twitter.com/QXlHmDCoWb

Rep. Massie’s remarks appear to touch on claims made by the Biden administration and Democrat supporters of the “Inflation Reduction Act” who allege that the provisions of the bill which allocate $80 billion to the agency and call for the hiring of 87,000 new agents are intended for the purpose of targeting wealthy tax evaders, as opposed to lower or middle class taxpayers.

While “fact checkers” insist that the 2017 videos fail to prove that the federal agency is training “a large division of armed agents,” this is merely the latest example of IRS agents revealing their ability to use force. 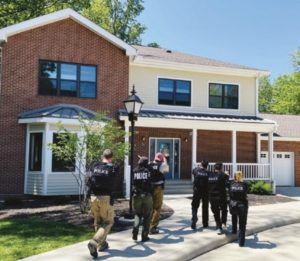 In the report, agents can further be observed conducting extensive heavy weapons training at IRS field offices throughout the country.

“Through frequent use of force training, they maintain their skills and abilities to ensure good judgement and to apply the appropriate degree of force necessary to safely carry out enforcement activities, including issuing search warrants, arrests, surveillance, dignitary protection, undercover activities, and seizures,” the agency added in its report. 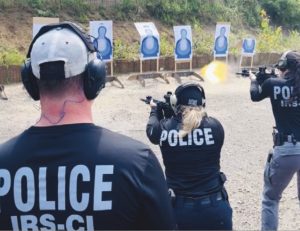 Biden this week signed the “Inflation Reduction Act” into law and promised that Americans making less than $400,000 per year would not pay a “penny more” in federal taxes.

However, the nonpartisan Congressional Budget Office (CBO) issued a report that directly contradicts the president’s claims, noting that Americans who make less than $400,000 will now pay an estimated $20 billion more in taxes over the next ten years as a direct result of the new law, which they additionally noted will have a “negligible” impact on inflation.