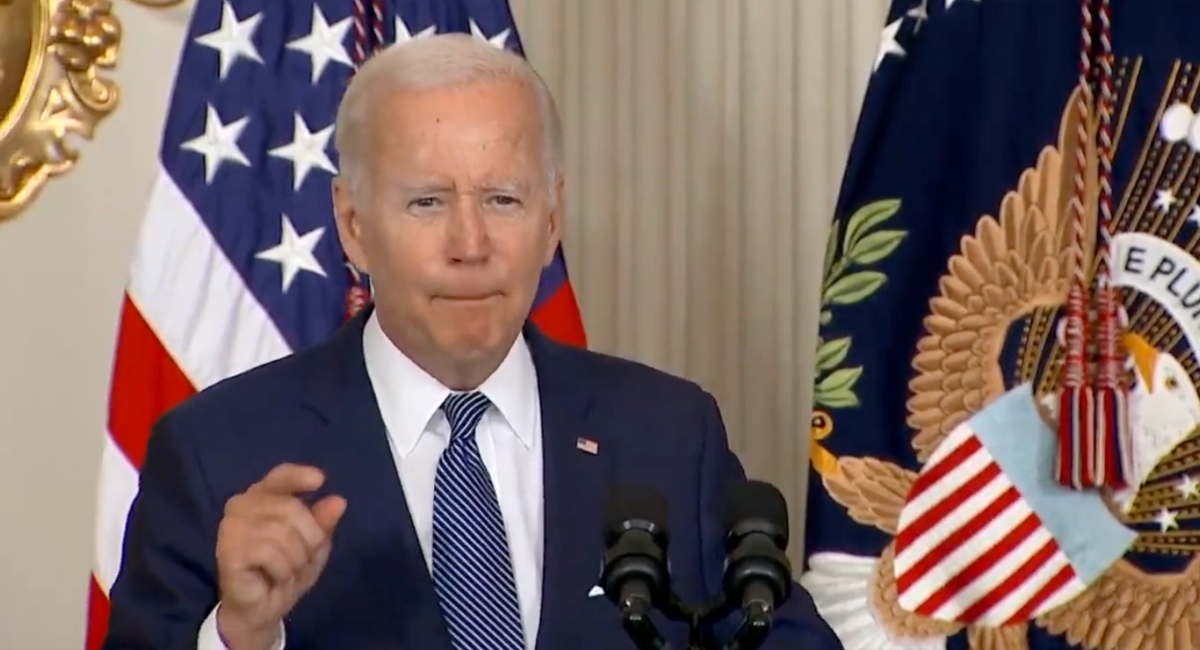 Joe Biden left his vacation in South Carolina and made a brief return to the White House today to sign the interestingly named $740 billion “Inflation Reduction Act” spending bill, which several nonpartisan experts have revealed will have little to no impact whatsoever on the ongoing inflation crisis – into law.

Speaking to the American people, Biden pledged to keep his campaign “promise” that the middle or lower class would not pay more in taxes as his administration and Democrat counterparts in the legislature target wealthy Americans who, they claim, don’t apparently pay their fair share.

“I’m keeping my campaign commitment. No one, let me emphasize. No one earning less than four hundred thousand dollars per year will pay a penny more in federal taxes,” Biden claimed.

Biden says "no one earning less than $400,000/year will pay a penny more in federal taxes."

He's LYING — again. More than HALF of the tax burden from Biden Tax Hikes will fall on Americans earning less than $200,000/year — including Americans making as little as $20,000/year. pic.twitter.com/TEWpnNiqNh

Despite claims made by the Biden administration and supportive Democrats, the nonpartisan Congressional Budget Office (CBO) has reported that Americans who make less than $400,000 will now pay an estimated $20 billion more in taxes over the next ten years as a direct result of Biden’s law, which they also noted will have a “negligible” impact on inflation.

The new law spends $369 billion to “fund energy and climate projects aimed at reducing carbon emissions by 40% in 2030,” confusing some as to why it was named “Inflation Reduction Act,” as it appears to be largely based on climate change — an issue entirely unrelated to the extreme rise in general costs and the now-confirmed recession.

"I GIVE YOU MY WORD AS A BIDEN": Joe Biden repeatedly promised middle-class Americans would not "pay a penny more in taxes" under his administration.

The bill creates a minimum 15% corporate tax rate for large corporations and also sets aside $80 billion to hire 87,000 new armed IRS special agents, which they claim will prevent the wealthy from cheating their taxes.

However, Valiant News unearthed the 2021 IRS annual report which depicted heavily armed IRS-CI special agents simulating assaults on urban and suburban homes at training facilities in Georgia and field offices throughout the country.

No where in the report did it depict the IRS forces training to raid the large homes of millionaires.

During the bill signing, Biden took off his face mask and immediately began coughing into his hand before shaking several Democrat hands in a moment that quickly went viral on social media, Valiant News reported.