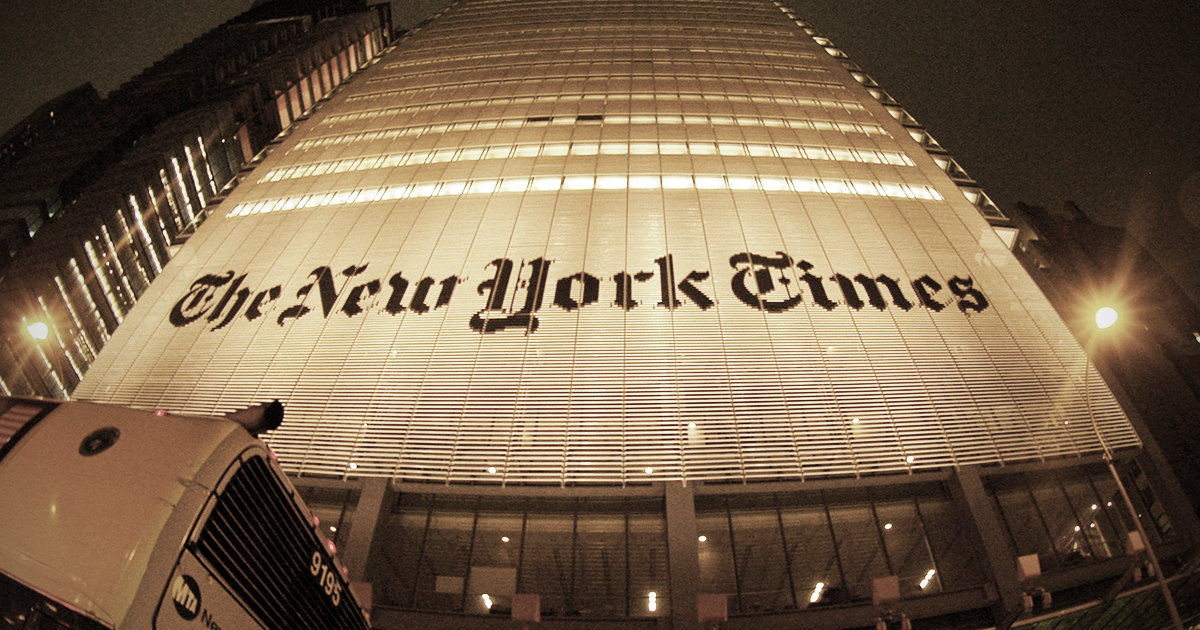 An opinion column published by the New York Times editorial board urged Joe Biden’s Department of Justice to prosecute his chief political rival, 45th President Donald J. Trump. It was published on Friday and archived the same day.

Titled, “Opinion: Donald Trump Is Not Above The Law” at press time but published with the word “prosecute” still in the website’s URL, the Times’ opinion on the former president comes as Trump is all but certain to win his party’s presidential nomination in 2024, and as Biden remains at near record low approval ratings both nationally and in key battleground states.

Without concern for how the prosecution of political a rival in a campaign season may impact the sanctity of Democracy™, the New York Times editorial board uses phrases like Trump’s “unprecedented assault on the integrity of American democracy” and “postelection malfeasance” to label the 45th President an enemy of the state worthy of investigation and prosecution by Attorney General Merrick Garland, who Trump personally made sure would not reach the Supreme Court in 2017.

Related: Heckler Yells ‘You Stole The Election’ At Joe Biden During Speech

Making their case, the editorial board accuses Trump of sparking “an armed mob” on January 6, despite the fact that no firearms were found at the U.S. Capitol, and the fact that only Trump supporters died during the protests on January 6. 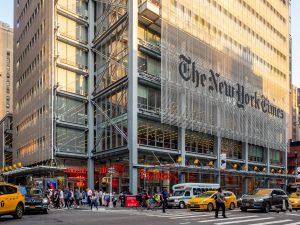 The editors behind The Grey Lady ultimately pronounce Trump guilty by media, and declare that prosecuting Trump is “a necessary first step” to fixing “structural problems that led to the greatest crisis in American democracy since the Civil War.”

Related  John Fetterman Tries To Discuss Football: 'The Eagles Are So Much Better Than The Eagles'

Still, the newspaper’s editorial board seemed to admit that prosecuting a former president and chief political opponent of the overwhelmingly unpopular Joe Biden may stir resentment among millions of Americans.

“The risk of political escalation are obvious,” the newspaper noted. “The Democratic and Republican parties are already in a thick cycle of retribution that could last generations,” the top opinion-havers in the country revealed.

Still, Trump’s mere existence on the national stage poses “an even more immediate threat,” they alleged, citing the reports of civil war being mentioned in record numbers after the FBI raided Trump’s home earlier this month. 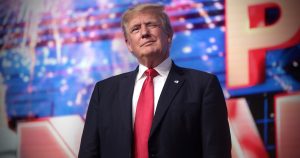 The solution, clearly, is to arrest him with the goal of landing him in prison, or – at minimum – ineligible of holding high office. Clearly, wrote the Times’ editorial board, “it is a greater risk to do nothing when action is called for.”

After all, “democratic government is an ideal that must constantly be made real,” they explained. And, “America is not sustained by a set of principles; it is sustained by resolute action to defend those principles,” you see.

That action, according to the prestigious New York Times editorial board, is the prosecution of a former American president because, ultimately, he has refused to acknowledge the results of an election that millions of Americans continue to believe was stolen.

It may be worth noting that the Times seems to have an impeccable sixth sense when it comes to predicting what the FBI and Department of Justice are doing regarding Trump.

It was New York Times senior political reporter Maggie Haberman who facilitated the release of photos that purportedly showed notes written in Trump’s handwriting inside toilet bowls published the same morning Trump’s Florida home and resort were being raided by the FBI.

Though the images were released by Axios, the photos were apparently released as part of a promotion for Haberman’s new book, which seems to claim Trump mishandled documents while in the White House. Haberman was a White House press correspondent during Trump’s administration.

The public later learned through the comically redacted affidavit that led to the raid on Mar-a-Lago that the FBI seems to believe Trump had still-classified documents mixed in with thousands of other documents taken from Washington, D.C. to his Florida home after he left the White House.

Beyond simply calling for Trump to be prosecuted, the prestigious opinion-havers at the New York Times may be echoing the calls of some of their anonymous sources within Biden’s government.