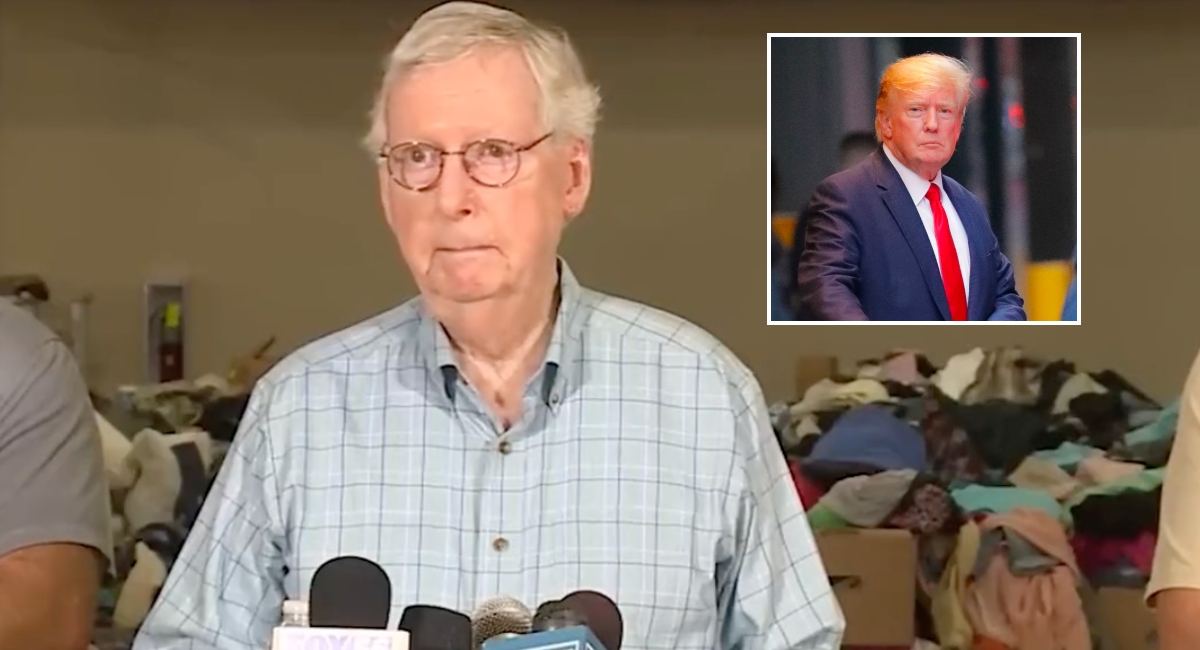 Senate Minority Leader Mitch McConnell (R-KY) dodged questions about the FBI’s recent raid on the home of 45th President Donald Trump as many Republican Party leaders condemn the federal agency for what has been described as an egregious abuse of power and politicization of law enforcement.

During a trip to Kentucky to speak about the damages caused by recent flooding, the Republican establishment leader was asked for his reaction to the FBI’s controversial wide scale raid on Mar-A-Lago, which President Trump described as an “assault” that could “only take place in broken, Third-World Countries.”

“I’m here today to talk about, uh, the flood and recover from the flood,” McConnell sternly told reporters.

McConnell’s silence is notable as several prominent Republicans have rushed to the defense of the former president and strongly condemned the actions taken by the FBI and Justice Department.

Some lawmakers and Republican figures alike, such as Congressman Paul Gosar (R-AZ), have even called for the complete and total abolition of the FBI in its entirety.

“I will support a complete dismantling and elimination of the democrat brown shirts known as the FBI. This is too much for our republic to withstand,” tweeted Rep. Gosar on Monday night.

The FBI raid on Trump's home tells us one thing.

Failure is not an option.

We must destroy the FBI.

We must save America.

I stand with Donald J. Trump.

Similar views were expressed by Congresswoman Marjorie Taylor Greene (R-GA), who called for the defunding of the FBI.

“The FBI must be legally and formally dissolved,” tweeted Republican pundit Candace Owens. “What happened to President Trump is positively stunning and a mark of unchecked government power. I no longer recognize the country I live in. Left or right, we must all come together to fight this evil.”

House Minority Leader Kevin McCarthy (R-CA) issued a statement directed to Attorney General Merrick Garland following news of the raid, and hinted that he may be subject to a probe when Republicans “take back” Congress after the midterm elections.

“I’ve seen enough. The Department of Justice has reached an intolerable state of weaponized politicization. When Republicans take back the House, we will conduct immediate oversight of this department, follow the facts, and leave no stone unturned,” wrote McCarthy.

“Attorney General Garland, preserve your documents and clear your calendar.”