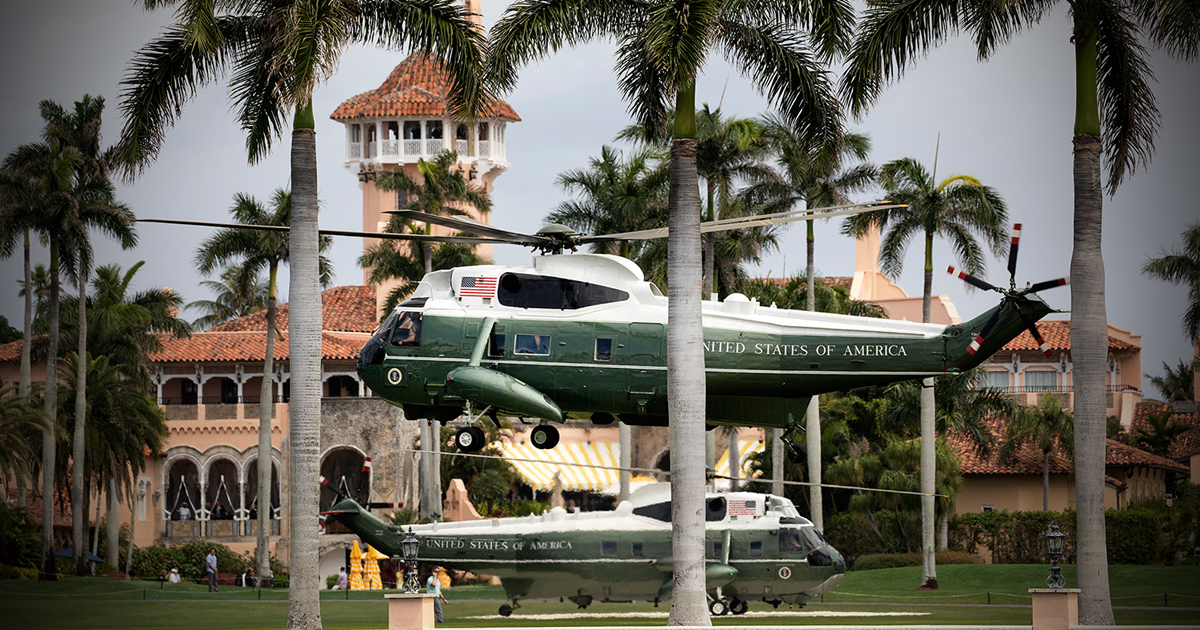 A “large group of FBI agents” have raided Mar-A-Lago, the Florida home of 45th President Donald Trump, even breaking into his safe.

The raid was first reported by Peter Schorsch of Florida Politics, who claimed that two sources informed him that the FBI had executed a search warrant at Mar-A-Lago, Trump’s Florida residence.

"They just left," one source said.

Not sure what the search warrant was about.

TBH, Im not a strong enough reporter to hunt this down, but its real. pic.twitter.com/hMsGhlVp3d

Shortly afterwards, Trump confirmed the raid in a statement. “These are dark times for our Nation, as my beautiful home, Mar-A-Lago in Palm Beach, Florida, is currently under siege, raided, and occupied by a large group of FBI agents,” he said, adding that “nothing like this has ever happened to a President of the United States before.”

Trump, who claimed to have been “working and cooperating” with government agencies, slammed the raid as being neither “necessary” nor “appropriate,” arguing it amounted to “prosecutorial misconduct, the weaponization of the Justice System, and an attack by Radical Left Democrats who desperately don’t want me to run for President in 2024.”

He also confirmed that the agency had broken into his safe, although did not specify what they may have been looking for or gained access to.

“Such an assault could only take place in broken, Third-World Countries,” he said. “Sadly, America has now become one of those Countries, corrupt at a level not seen before.”

Trump confirms that a "large group of FBI agents" have raided his Mar-A-Lago home.

The 45th President says this shows that America is now "corrupt at a level not seen before," adding that the federal agency even broke into his safe pic.twitter.com/nDEDt5TZUs

The raid, Trump posited, was part of their attempt to “stop Republicans and Conservatives” from succeeding in the upcoming midterms. The 45th President pointed to the success of his endorsed candidates in the Republican primaries, such as Kari Lake and Blake Masters of Arizona, as something the establishment “hated” watching.

He further attacked the Democrats and federal agencies for their “political persecution” of him, and their refusal to prosecute or even investigate Hillary Clinton for deleting “33,000 emails AFTER they were subpoenaed by Congress.”

“The lawlessness, political persecution, and Witch Hunt must be stopped and exposed,” Trump concluded. “I will continue to fight for the American people!”

This is a breaking story, and may be updated.