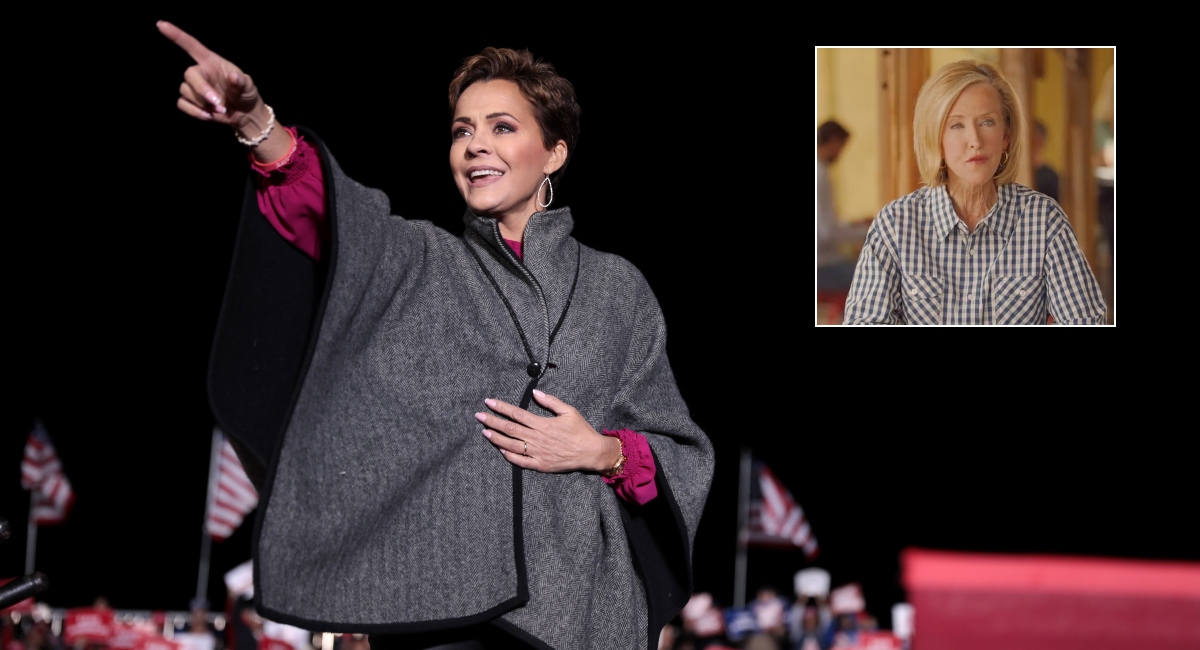 Kari Lake has officially secured the Republican nomination to be Arizona’s next governor after a lengthy and contested primary election that was called on Thursday night.

As early votes began to be counted heading into Tuesday’s election night, Robson appeared to be winning with over a 10 point lead at one point. Many Republican establishment and Democrat pundits, such as The View host Meghan McCain, assumed that Lake was facing certain defeat.

“Wow…Lake is getting crushed so far!!! Incredible!” she wrote in a now-deleted tweet. “Everybody better tune in to primetime if this lunatic loses cause she’s gonna go absolute insane on live TV. Like one for the books, makes Trump look normal insane.”

Lake pushed back against those doubts a few hours later, telling her supporters on stage “we are going to win this.” Her remarks were made with 60% of the votes having been reported. At the time, the race was sitting 40.9% to 48.8% in favor of Robson.

Kari Lake claims victory in Arizona: "We are going to win this." pic.twitter.com/lcSqKD88eX

As the news appeared to look grim for Lake heading later into the night, the America First hopeful suddenly put out a message to her supporters on Twitter.

Then, Lake’s lead began to dramatically grow as more election day ballots poured in, even despite election issues coming out of Pinal County.

By the time 75.62% of the votes had been tallied, Lake had officially taken the lead, bridging what was, at one point, an 11 point gap.

Many grew concerned about the integrity of the election due to the issue of Pinal County “running out” of ballots, as well as Maricopa County’s decision to stop counting votes on election night, conveniently right after Lake’s lead had been made certain.

That's a wrap on results for Election Night. We'll be back tomorrow signature verifying all of the early ballots dropped off today. We'll post updated results again by 7 p.m. Wednesday. Find the tallies at https://t.co/iARFPkoxOB pic.twitter.com/YHs0hr7UgB

Maricopa’s 2022 gubernatorial shenanigans appeared to be cause for concern when it came to Arizonans that still hold resentment for what they consider to be a fraudulent and mismanaged 2020 presidential election, with some users online demanding that the county continue counting votes, and pointing blame at Democrat Secretary of State Kattie Hobbs — Lake’s now-current opponent in the race.

“Who’s down to protest this? I’ve never protested anything in my life, but Stephen Richer and @katiehobbs are either incompetent or malicious. Don’t care which. I’m DONE!!@kelliwardaz @tylerbowyer @JackPosobiec @KariLakeWarRoom,” tweeted one user.

Who’s down to protest this? I’ve never protested anything in my life, but Stephen Richer and @katiehobbs are either incompetent or malicious. Don’t care which. I’m DONE!! @kelliwardaz @tylerbowyer @JackPosobiec @KariLakeWarRoom https://t.co/tVuE98jELR

“My Democrat opponent sure isn’t off to a good start. Disenfranchising voters in the Primary Election isn’t the best way to win them over in the General Election. Very bad for her,” Lake tweeted about Hobbs’ management of the primary.

While Lake was confident in her now-confirmed electoral victory, she told reporters the following day that elections in Arizona ought to be finished by the end of the night, noting that dragged out races result in less confidence among voters.

"We've got to get our elections reformed so that every Arizonan, whether they be Democrat, Independent, or Republican, when they go to bed on Election Night they know the winner and they're satisfied that it was a fair election. We don't have that right now." – @KariLake pic.twitter.com/htKGeZ8Qgg

“We’ve got to get our elections reformed so that every Arizonan, whether they be Democrat, Independent, or Republican, when they go to bed on Election Night they know the winner and they’re satisfied that it was a fair election. We don’t have that right now,” Lake said.

In the following days, more votes were tallied, and Lake’s lead continued to grow. Some noted the mainstream media’s hesitancy to call the race for Lake seemed strange, given that most had called the same state for Joe Biden very early on during the 2020 presidential contest.

Well done, everyone. You completely overwhelmed the system on Election Day!

The more votes they count, the higher our lead grows. Is this why they are dragging their feet?

Get it done. And remember: we have eyes everywhere. 👀
Hustle, @RecordersOffice

In the end, Lake had amassed 46.8% of the vote to Robson’s 44.0% and secured victory in all of Arizona’s counties. She will now go on to face Hobbs in November to be the next governor of Arizona.

Lake now joins a large slate of Trump-endorsed Arizona Republican candidates who all saw victories in their elections this week, Valiant News reported.