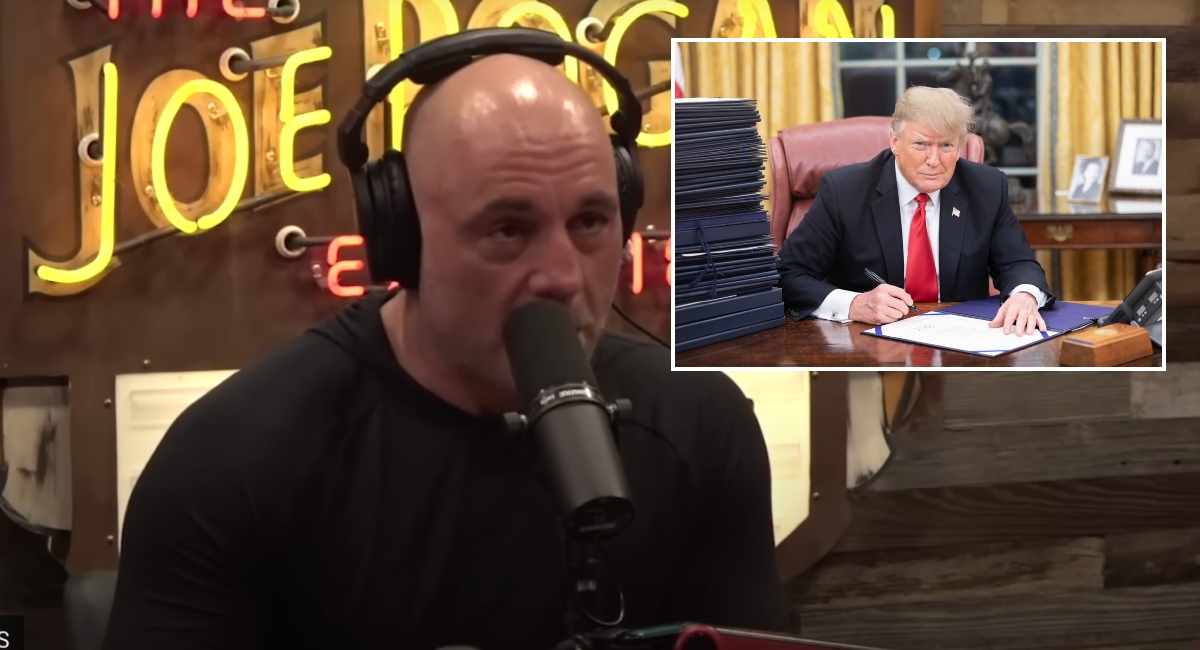 Joe Rogan, host of the famous “The Joe Rogan Experience” show,  recently accused the Federal Bureau of Investigation (FBI) of raiding Mar-a-Lago to “knock” 45th President Donald Trump out of the 2024 presidential election.

During his show on Tuesday with Babylon Bee CEO Seth Dillon, Rogan speculated that the former president may be innocent of the accusations levied against him and suggested that the unprecedented raid on his Florida home was done for the purpose of preventing him from attempting a 2024 presidential bid.

“Is he actually in trouble? Because I think the goal was to knock him out of the 2024 election by trying him for crimes,” Rogan asked Dillon. “What did he do?”

The FBI reportedly seized eleven sets of allegedly “classified” documents after raiding the Mar-a-Lago resort on August 8 while President Trump was in New York.

Trump maintains that any documents and other items seized in the brazen FBI raid on his Florida home were “all declassified,” and added that the agency did not need to resort to “breaking into” his family’s home to retrieve them.

“I think the problem is having [classified documents],” Rogan said. “Because if you have it in an unsecured location, meaning unsecured in terms of [the] government’s protection, it’s not locked up in Archives, it’s not in a place that’s very difficult to access. You have control, personally, over the access to something that’s top secret. If that’s the case, then that’s a problem because that safe could be open, people can get in there. People can get in with the code, they can copy it, they can send it to China.”

“But do you think that’s a genuine concern or would they want to find something, anything, they can use to prevent him from running again?” Dillon asked Rogan.

“I think both things are valid,” Rogan said. “I think if they’re just doing that they’re using the FBI in a way that they would never use it against Hillary Clinton, then they’re going after him in a way they would never go after Ghislaine Maxwell’s client list, then we have a real conversation.”

“If it was Hillary Clinton’s home, they would have no interest of what was in her safe,” Dillon said.

“Because she’ll kill them,” Rogan joked. “I see what you’re saying. I see both sides, though. I see the side that if you’re an anti-Trump person and you find out that he’s doing something that’s against the law, I don’t know the specifics of the Hillary Clinton email thing in term of what those files were, but if they’re the same classification, you can make the argument they were more vulnerable because they were on a regular laptop.”

The 45th president has since called upon the Justice Department to fully release an unredacted version of the affidavit used to seek the FBI search warrant on his home, which, as separate reports have noted, “might include the identities of witnesses — including whoever in Trump’s circle may have tipped off the feds.”