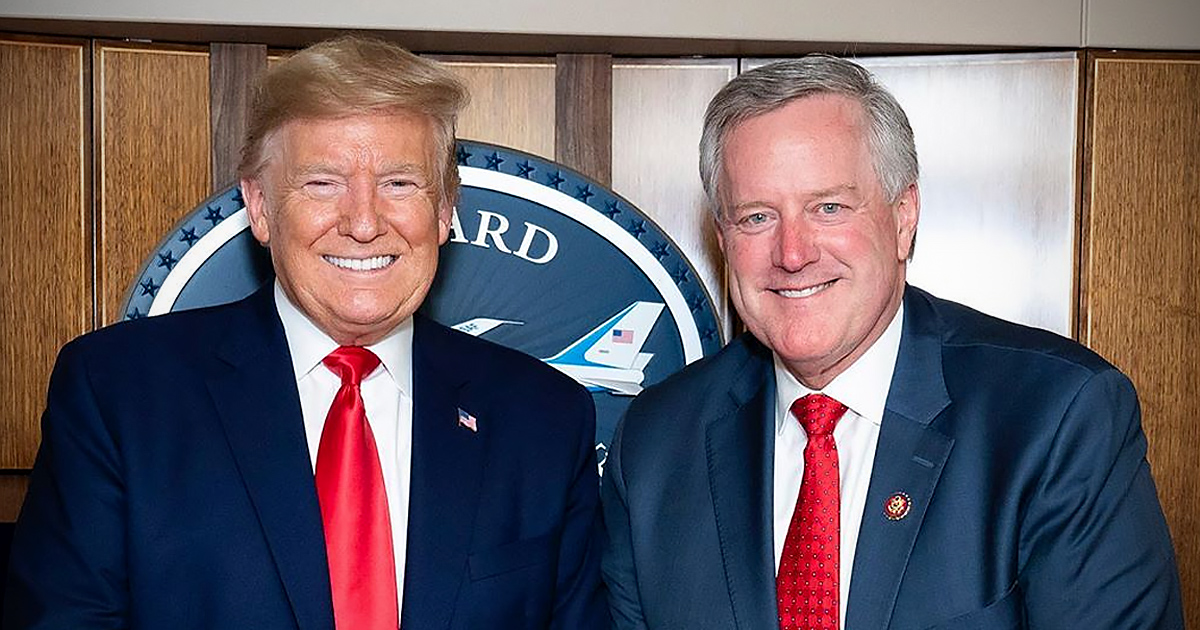 Mark Meadows, the former Chief of Staff to 45th President Donald Trump, has still yet to offer any sort of statement supporting his former boss over the FBI’s raid on Trump’s Mar-a-Lago home, even as the once unflappable Trump ally is accused of being “responsible” for mismanaging the documents seized during the FBI the raid.

A report written by New York Times correspondent and CNN analyst Maggie Haberman, co-authored by Glenn Thrush, Alan Feuer, and Katie Benner, citing claims from two sources familiar with the situation, has pointed to Meadows being the individual “who oversaw presidential records in the chaotic closing days of the administration.”

It should be noted that Haberman – through her media allies and while promoting her new book – is the one who published photos of what she claims are notes written by Trump that were flushed down a toilet the same day as the Mar-a-Lago raid.

Haberman and her sources claim Meadows failed to “organize an effort to collect, box and deliver materials to the National Archives” amid Trump’s settling of “political grievances and personal grudges” during the final weeks of his administration.

When allegations that Trump mishandled documents first surfaced in February, Meadows had dismissed the reports as unverifiable and refuted the allegations.

“We were very diligent in making sure we preserved those documents and ultimately I think the record will show that,” Meadows told Newsmax on February 10. He’s remained silent after the FBI raided his former boss over the same claims.

At the same time, previous reports claim the alleged classified documents were taken to Mar-a-Lago on purpose by someone close to Trump.

The British publication Politicalite claimed last week that a “disloyal aide” had “planted” classified documents within a box during the time Trump had vacated the White House in January of 2021, according to a “top Trump source.” 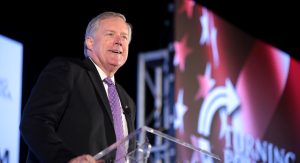 “They [the FBI] won’t come out empty handed,” the source told Politicalite. “As if Trump were stupid enough to do what they said he did. The only thing that could have happened is that a disloyal aid planted it in a box that was moved out in January of 2021.”

Separate reports claim that the raid was “based” largely on information from an FBI confidential human source who told the agency that Trump was “hiding” classified documents.

According to the report, this undercover FBI asset was close enough to the president and familiar enough with Mar-a-Lago to detail precisely what those documents entailed and pinpoint their location for the FBI prior to the raid.

While working for the Conservative Policy Institute, Meadows has spent months criticizing the Biden administration, Democrats, championing conservative policies, and remaining in the former president’s orbit throughout the January 6 Committee’s investigation.

In fact, the former president was reportedly considering Meadows to be his future 2024 vice president pick, according to a report by Politico published in November 2021.

"I can tell you this – we wouldn't be meeting if we weren't making plans to move forward in a real way and with President Trump at the head of that ticket," @MarkMeadows on Trump 2024. pic.twitter.com/YPrwHTSWTL

Shortly after, however, Trump accused Meadows of misrepresenting his COVID-19 diagnosis in his book, “The Chief’s Chief”, in which Meadows claimed that Trump tested positive for COVID-19 three days before his first presidential debate with Biden.

“The story of me having COVID prior to, or during, the first debate is Fake News,” Trump said of the claims in Meadows’ book.

“In fact, a test revealed that I did not have COVID prior to the debate.” 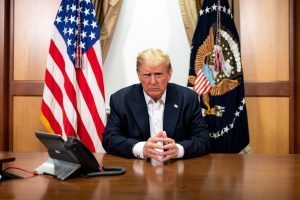 A few weeks later, Meadows provided the January 6 Committee with thousands of text messages and emails “about the need for the former President to issue a public statement that could have stopped the January 6th attack on the Capitol.”

Meadows’ emails and texts have played a massive role in the partisan, anti-Trump January 6 Committee’s public hearings, and generated news headlines for weeks.

Accused of playing “both sides” of the January 6 probe for providing the commission with key documents that could help the committee build their case against his former boss, yet defying a subpoena to testify, Meadows has yet to be charged with contempt of Congress by the Justice Department — a legal outcome that conservative figure Steve Bannon and former Trump administration official Peter Navarro have been unable to avoid. 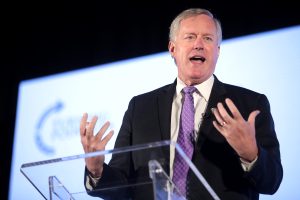 In light of his former chief’s proximity to the committee, Trump has reportedly ignored warnings from his allies to maintain some distance from Meadows.

“Despite their strained post-White House relationship and repeated advice to pare down communication, Trump and Meadows have spoken on several occasions,” CNN reported. “Some on Trump’s legal team have reportedly speculated that Meadows could face scrutiny from the Justice Department in its inquiry of the Jan. 6 riot,” reported the Washington Examiner.

Subsequent reports have suggested that Meadows would eventually “snitch” on Trump.

“Do you really think Mark Meadows is just going to sit quietly by and take the fall for Donald Trump? Maybe just volunteer to dive under the bus? No,” former federal prosecutor Glenn Kirschner said in a video posted to YouTube.

Trump's advisors tell him to "cut all contact" with his former chief of staff, Mark Meadows. Has Meadows flipped on Trump? Here are some of the data points. #JusticeMatters https://t.co/T97PFsD2sX

As for Meadows’ reaction to the raid on the Florida home of his former boss and close confidante, the former Chief of Staff has remained notably silent.

At press time, Meadows has yet to make any major media appearances or publish any tweets about the raid despite more than one week passing since the FBI raided Trump’s Mar-a-Lago home and resort.

Trump maintains that any documents and other items seized in the brazen FBI raid on his Florida home were “all declassified,” and added that the agency did not need to resort to “breaking into” his family’s home to retrieve them.

The 45th president has since called upon the Justice Department to fully release an unredacted version of the affidavit used to seek the FBI search warrant on his home, which, as separate reports have noted, “might include the identities of witnesses — including whoever in Trump’s circle may have tipped off the feds.”