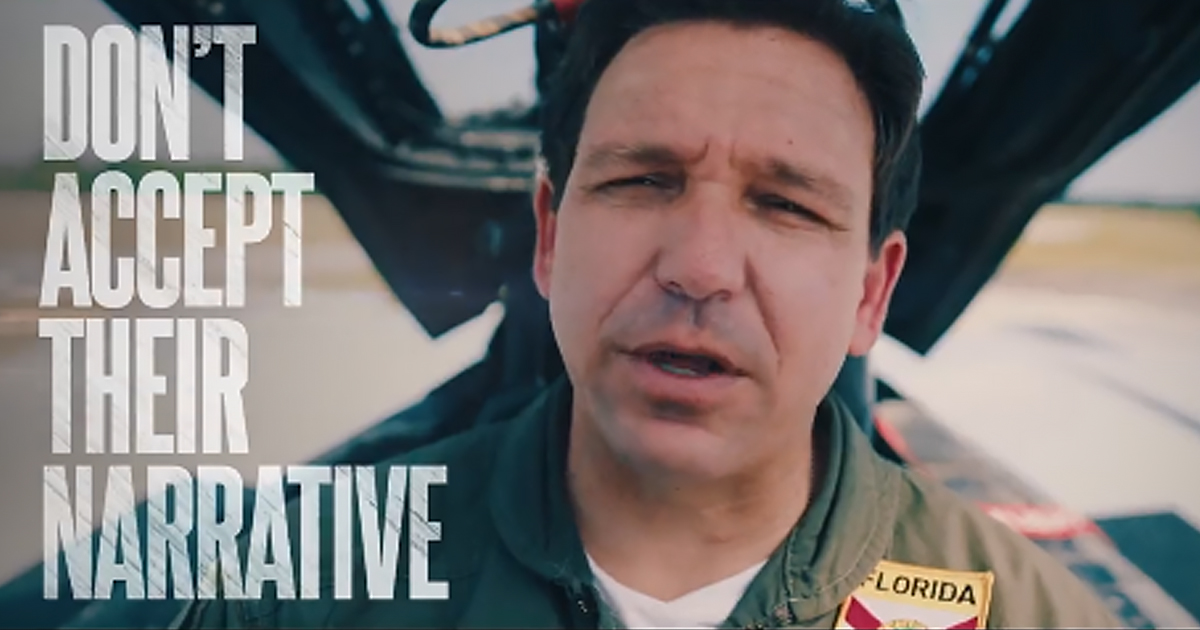 DeSantis offers “rules of engagement” for “dog fighting” and “taking on the corporate media” while parodying the film that’s raked in more than $600 million at the box office.

The first rule, per the governor: “Don’t fire unless fired upon, but when they fire, you fire back with overwhelming force.” The second is “never, ever back down from a fight,” and the third: “don’t accept their narrative.”

Rules of Engagement are as Follows:

DeSantis’s young son is featured at the end of the video shouting, “Let’s turn and burn!” while adjusting a throttle. At press time the video has over 1.4 million views on Twitter.

The Florida primary is being held today, and DeSantis is widely expected to face former Rep. Charlie Crist, a Republican-turned-Democrat, in November.  One outlier poll, however, showed Florida Agriculture Commissioner Nikki Fried poll ahead of Crist, according to Politico.

Sarasota County parents are ready to elect school board members who are going to ensure our schools provide a great education for our kids, not a woke indoctrination.

Thanks to all who came out to join us today! Don’t forget to VOTE on Tuesday for these student-first candidates. pic.twitter.com/SDjkE5Q7FP

Regardless, most polls have shown DeSantis handily beating Fried or Crist in November. Last week, Politico reported that DeSantis boasted a 50 to 43 lead over Fried and a 50 to 42 lead over Crist. Politico notes, “If you expect a red wave Republican year, then DeSantis’ lead is likely even larger.”

Meanwhile, even as Trump appears to be boosted in popularity by the FBI raid on his Mar-a-Lago home, DeSantis appears to be gaining on him in extremely early polling of a 2024 Republican primary battle.

NEW POLL: Who would you rather see as the Republican nominee? (Republican voters)

Trump, however, has remained the front runner in every national Republican primary poll released since he left office in 2021, though DeSantis beat Trump for the first time with New Hampshire voters, according to a poll released in June.

DeSantis defended Trump after the FBI raid on his home, calling the event “totally off the rails” and declaring that “these agencies have now been weaponized to be used against people that the government doesn’t like,” according to the New York Post.