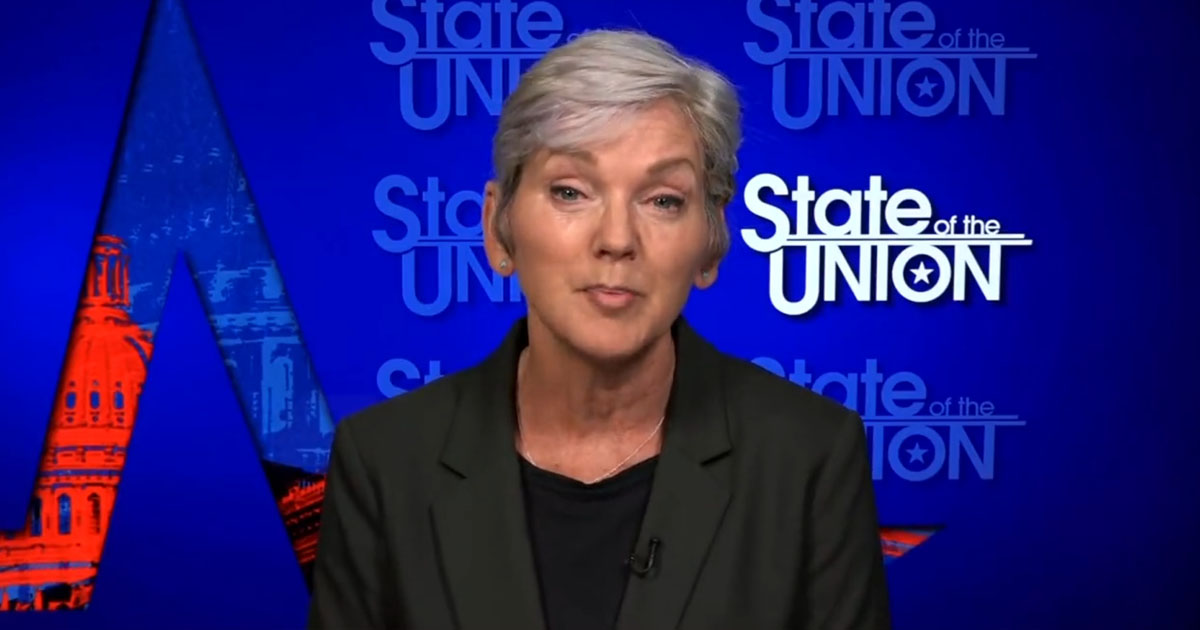 Biden administration Energy Secretary Jennifer Granholm claimed this week that President Biden “has done more than any president in history to make sure that the price (of oil), insofar as he’s got control, continues to decline.”

Granholm’s bold comments, which she did not bolster with supporting evidence, were made during an appearance on CNN’s “State of the Union.”

“But, again, it can be impacted by what’s happening globally,” Granholm declared. “The president has done more than any president in history to make sure that the price, insofar as he’s got control, continues to decline, and has included asking for increased production both domestically and overseas.”

“Gas comes from oil, and oil is traded on a global market,” she added. “And global events affect the price of oil. But the president has taken unprecedented steps to try to moderate supply and demand by releasing a million barrels per day from the Strategic Petroleum Reserve.”

.@SecGranholm: "The president has done more than any president in history to make sure that the price [of oil], insofar as he's got control, continues to decline." https://t.co/HMRGZ2oKMQ pic.twitter.com/KBAsBx3Bfi

Biden has expressed frustration that Americans would rather see record-high gas prices under his administration reduced than “support Ukraine.”

“For all Republicans criticizing me for high gas prices in America, are you now saying we were wrong to support Ukraine and stand up to Putin?” Biden asked in June. “Are you saying that we’d rather have lower gas prices in America than Putin’s iron fist in Europe? I don’t believe that.”

The answer to Biden’s question may lie in his plummeting approval ratings, which have been performing terribly ever since inflation spiked to record levels under his administration.

While most experts agree the military conflict in Ukraine played some part to the high prices of fuel and global food shortage, many point out that inflation, food prices, and gas prices were already rising rapidly under Biden’s watch long before Russia invaded Ukraine in February.