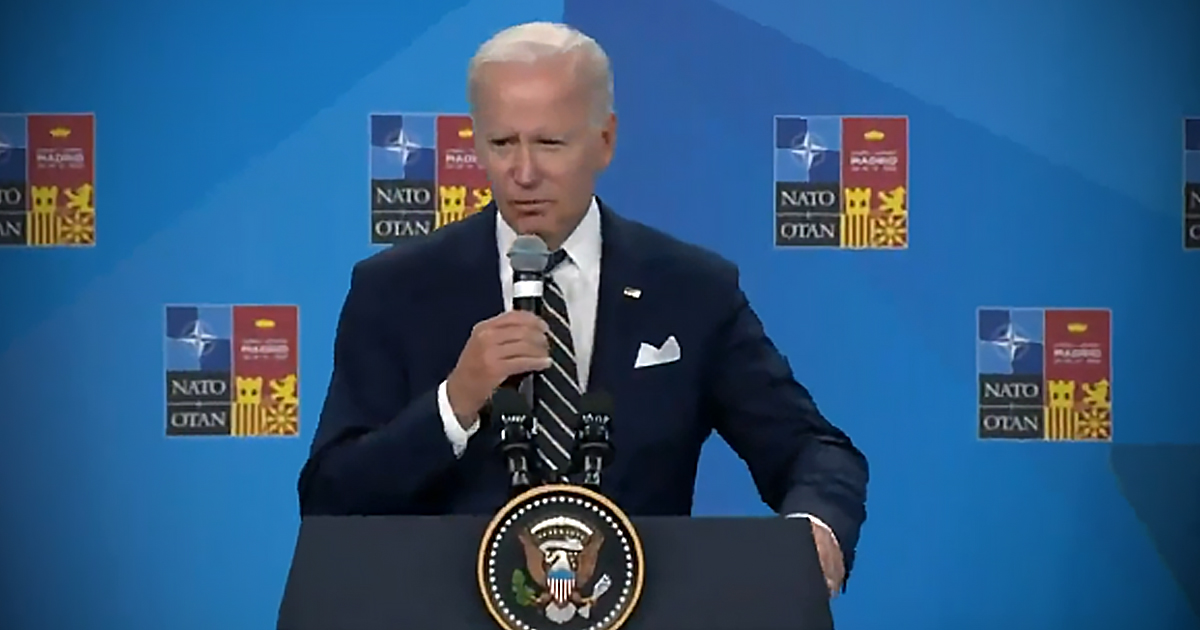 Joe Biden laid the blame for the economy’s state of malaise and record breaking high gas prices at the feet of “Russia, Russia, Russia,” claiming that the distant country’s “special military operation” in Ukraine is the cause for the United States’ biggest problems.

Biden made the claims in a speech yesterday, and clips of the 79-year-old playing the blame game quickly went viral online.

While most experts agree the military conflict in Ukraine played some part to the high prices of fuel and global food shortage, many point out that inflation, food prices, and gas prices were already rising rapidly under Biden’s watch long before Russia invaded Ukraine in February.

As some attempt to grapple with Biden’s claims about the economy, others noted that the phrase “Russia, Russia, Russia” seems familiar.

Some compared Biden’s “Russia, Russia, Russia” statement to that of 45th President Donald Trump, who frequently uses the phrase while lambasting the Democrats and their allies in the media for spending years chasing the false accusation that he colluded with Russia to secure his 2016 victory.

“The collusion delusion is over,” said Trump after a report investigating claims he colluded with Russia found no such activity occurred. “Total exoneration, complete vindication.”

Many believe Trump began using the phrase “Russia, Russia, Russia” to compare the Democrats’ interests in tying him to Moscow to a scene from The Brady Bunch.

While Biden is laying the blame for his administration’s shortcomings on Russia this week, he and his administration have also stressed that the country is in the midst of a “transition” that will see the economy eventually land in a “stable” place following a radical transition to green energy.

In May, Biden described the current economic crises as an “incredible transition” to green energy while on a state visit to Japan. He made the remarks to explain why gas prices were then approaching $5 per gallon.

Press Secretary Karine Jean-Pierre reiterated Biden’s claim that the economy is merely in the midst of a transition at a press conference in June.

Most Americans also disagree with Biden’s claim that Russia caused the current economic crisis. In a recent poll, only 11% of Americans believed Biden’s claim.