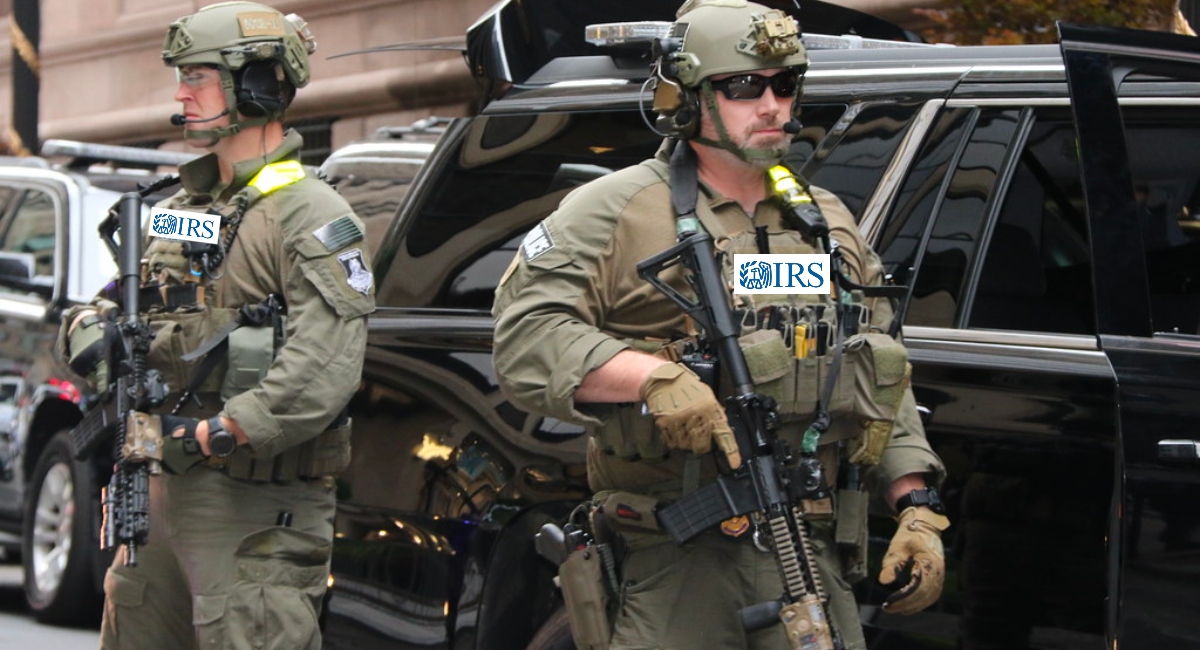 The Internal Revenue Service (IRS) is requiring new special agents to carry firearms and be willing to kill Americans, and their dogs, if they deem it necessary.

On the IRS website, users online have pointed out that the agency instructs potential recruits to “Carry a firearm and be willing to use deadly force, if necessary.”

Requirements include working min “50 hours per week, which may include irregular hours, and be on-call 24/7, including holidays and weekends” and “Carry a firearm and be willing to use deadly force, if necessary.”https://t.co/uvwbrAkIit pic.twitter.com/z0aVX6uoMr

Some users have discovered that IRS policy allows for agents to use deadly force against Americans’ dogs or other “viscous animals when necessary for self defense or the defense of others.”

The IRS army can kill you and your dog. pic.twitter.com/MCinRkkkef

This comes as the Biden administration’s controversial “Inflation Reduction Act” spending bill includes provisions that would allocate nearly $80 billion in IRS funding, with $45.6 billion for “enforcement,” and the hiring of 87,000 more IRS agents.

The bill would make the agency’s force larger than the U.S. Customs and Border Patrol (CBP), State Department, Federal Bureau of Investigation (FBI), and Pentagon combined.

The administration, along with Democrats who support the bill, insist that the newly expanded force of IRS agents will not target lower and middle class Americans with audits, but instead the rich, who are vastly outnumbered by everyone else.

However, some have noted that over 75% of IRS audits targeted Americans making under $200,000 per year.

In fact, an amendment to the bill introduced by Senator Mike Crapo (R-ID) which would ban agency funds from being used to target working and middle-class Americans with audits and tax hikes was recently voted down.

Instead, the legislation states that Congress does not “intend” to raise taxes on households with annual incomes of less than $400,000 with the passage of the bill.