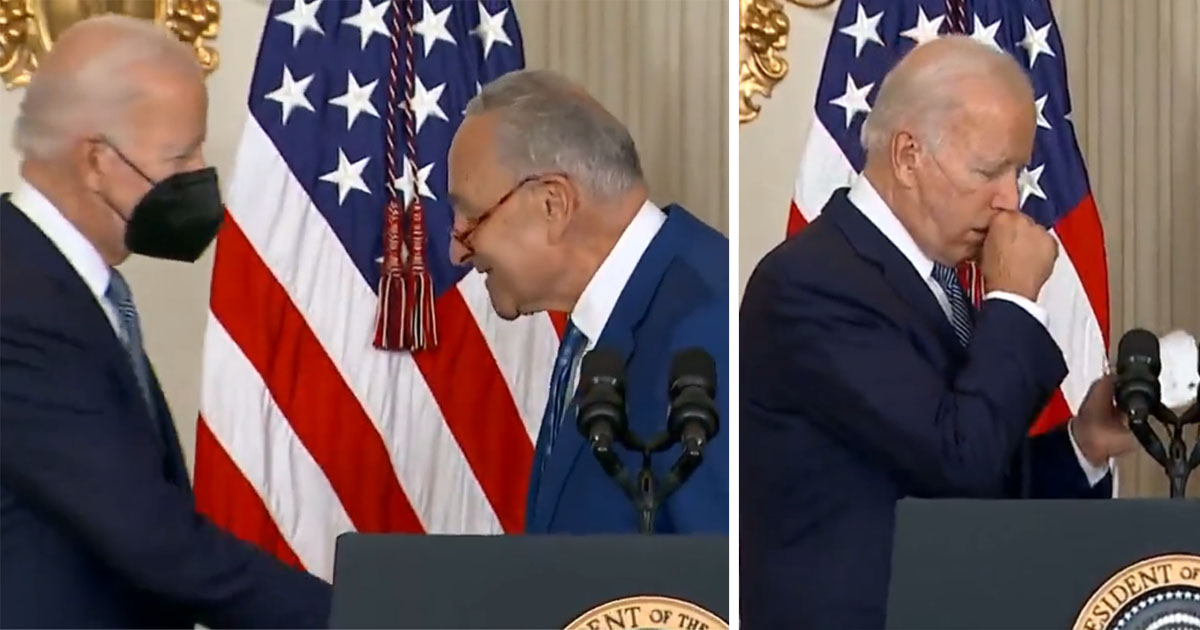 President Joe Biden took off his face mask and immediately began coughing into his hand during a bill signing on Tuesday.

The incident occurred as Biden was signing the so-called Inflation Reduction Act – which many nonpartisan experts have stated will have no impact whatsoever on inflation – into law.

No stranger to public coughing gaffes, Biden coughed into his left hand following a speech in July before walking over to the audience and appearing to use both hands to touch and interact with people.

The President did not wash his hands, or use use hand sanitizer before he used the same hand he coughed into to touch and interact with people amidst a global Covid pandemic.

Biden performed a similar action during a speech in New Jersey in October 2021, coughing into his right hand before mingling with the crowd and using that same hand to touch other people.

The president also broke into a coughing fit and told the audience he “swallowed wrong” during an appearance in East Jerusalem where he discussed the two brain aneurysms and pulmonary embolism he suffered in 1988.

The President then took another sip of water and began coughing again before telling the audience, “I swallowed wrong.”