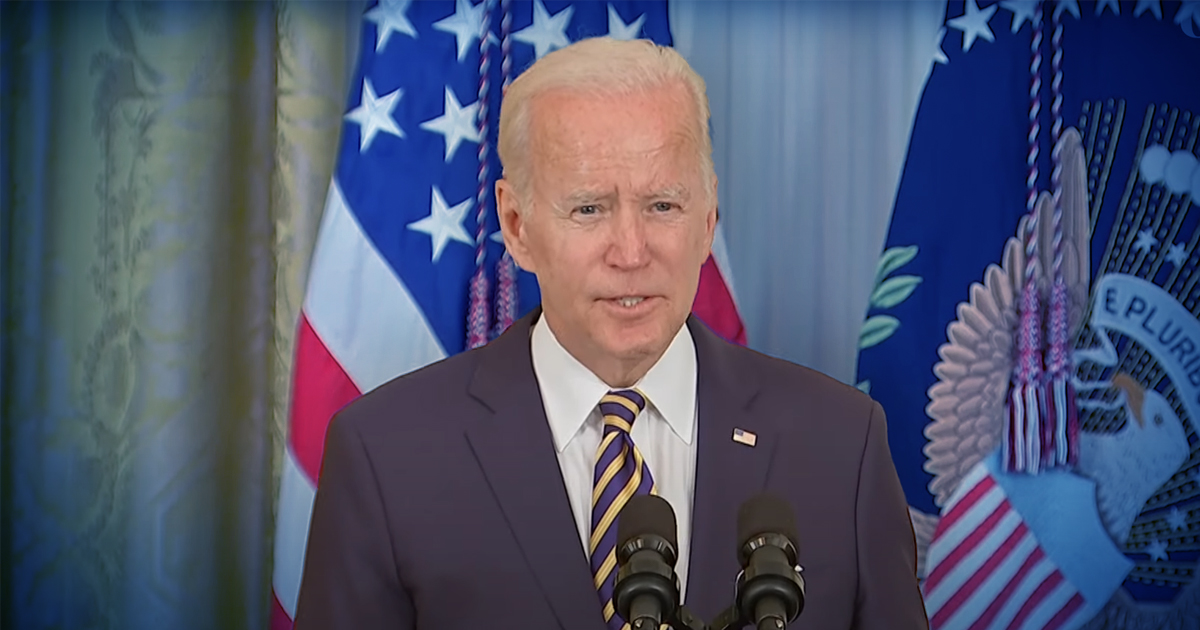 Joe Biden has celebrated the fact that month to month inflation was zero percent in July. Annual inflation to July is at least 8.5%.

Speaking on Wednesday, Biden discussed the most recent statistics released from the Department of Labor’s Consumer Price Index. “Actually I just want to say a number. Zero,” Biden told reporters. “We’ve received news that our economy had zero percent inflation in the month of July.”

NOW – Biden: "Today we received news that our economy had zero percent inflation in the month of July. Zero percent." pic.twitter.com/HXpRy5xmW5

This is technically correct. According to those statistics from the Department of Labor, month to month inflation for all items in July 2022, compared to the previous month of May, totalled out to zero percent.

However, when looking at the unadjusted 12 month inflation figures, with a year end of July 2022, inflation is shown to be 8.5%.

Technically true….but my sense is most Americans know better.

Annual Inflation is still 8.5%. If they calculated CPI as they did in the '70's…it would likely be 20%. pic.twitter.com/M9TdLp3PO1

The month to month inflation drop to zero percent that Biden celebrated was driven by the temporary reduction in energy prices, with that side of the market seeing -4.6% inflation in July, after raises of 11% and 7.5% in March and June respectively.

The White House continues to insist that the country is not experiencing a recession, which is traditionally defined as two consecutive quarters of GDP growth, but instead simply a “transition.”

“We had this strong economic growth because of the work that this president has done in the past 18 months,” said White House Press Secretary Karine Jean-Pierre. “And now what we’re seeing is a transition into stable and steady growth,” she added. “But we get it. We get that people are still feeling a little bit more pain.”

Among the tough economic situation, the Biden administration continues to send money to the embattled nation of Ukraine, with another $4.5 billion in aid being authorised on Monday. Around $18 billion has been spent since the Russian invasion in February this year.

Ukrainian President Volodymyr Zelensky argued that the inflation that Americans are seeing is “nothing” when compared to the threat of Vladimir Putin’s Russia.