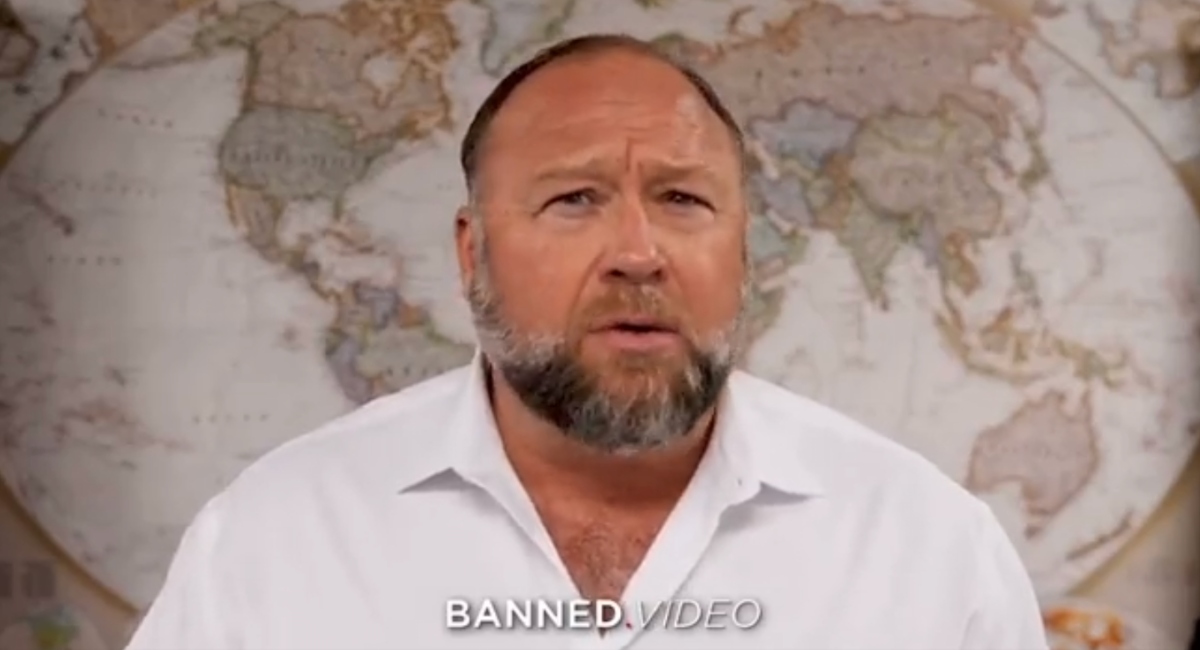 Infowars host Alex Jones has urged 45th President Donald Trump to take a public stance against the COVID-19 vaccines concocted under his administration in order to save his “legacy” and secure his return to the White House in 2024.

“Alex Jones here issuing an emergency warning to President Trump, not a warning out of any desire to hurt you,” said Jones, addressing the former President, “but to save your important legacy and hopefully ensure you can get back into the White House coming up in 2024.”

“We know the election was stolen,” Jones began. “We know the deep state’s trying to set you up any way they can. We understand that you are a lion surrounded by hyenas.”

Jones believes Trump’s previous and current support for COVID-19 vaccines may be what costs him the White House in 2024, and begged Trump to follow in the footsteps of populist leaders in Hungary and Brazil.

“The number one issue that is gonna end up biting you in the ass like nothing else,” said Jones, “is the experimental shot that Fauci and Bill Gates, and Birx, and the rest of them, convinced you would actually save millions of lives and get the economy going when they had brought out their lockdowns.”

“I know why you did it,” said Jones. “I want to support you for president. But Ron DeSantis is coming out and admitting that the vaccines don’t work because now the CDC and others have been forced to admit that.”

“It is critical for you to decouple from these people, like Bolsonaro and other leaders like Viktor Orban have done.”

Last week video went viral appearing to show Jones throw his support behind Florida Gov. Ron DeSantis for the 2024 election, describing him as better than Trump, based largely on the DeSantis’ opposition to mandatory vaccinations. He later said that the media took his remarks out of context.

“I am supporting DeSantis. DeSantis has just gone from being awesome to being unbelievably good,” said Jones in the video, adding that he could see “real sincerity” in DeSantis’ eyes when watching footage of DeSantis criticize proponents of the controversial shots.

Trump has lost Alex Jones. He announces today he is off the Trump train: “I am supporting Desantis .. I can look into his eyes on HD video, and I see the real sincerity.” pic.twitter.com/wvpKq2PjQR

Jones later accused the corporate media of intentionally clipping his statement short to make it seem like he had “abandoned” the former president, and stressed that he merely wants him to “reassess the situation” with regards to COVID vaccines.

“The corporate media edited it down to a 30-second clip to make it sounds like that I’m only for DeSantis and that I’ve abandoned you,” he told Trump in his emergency message. “That’s not true,” Jones added. “It’s the contrary.”