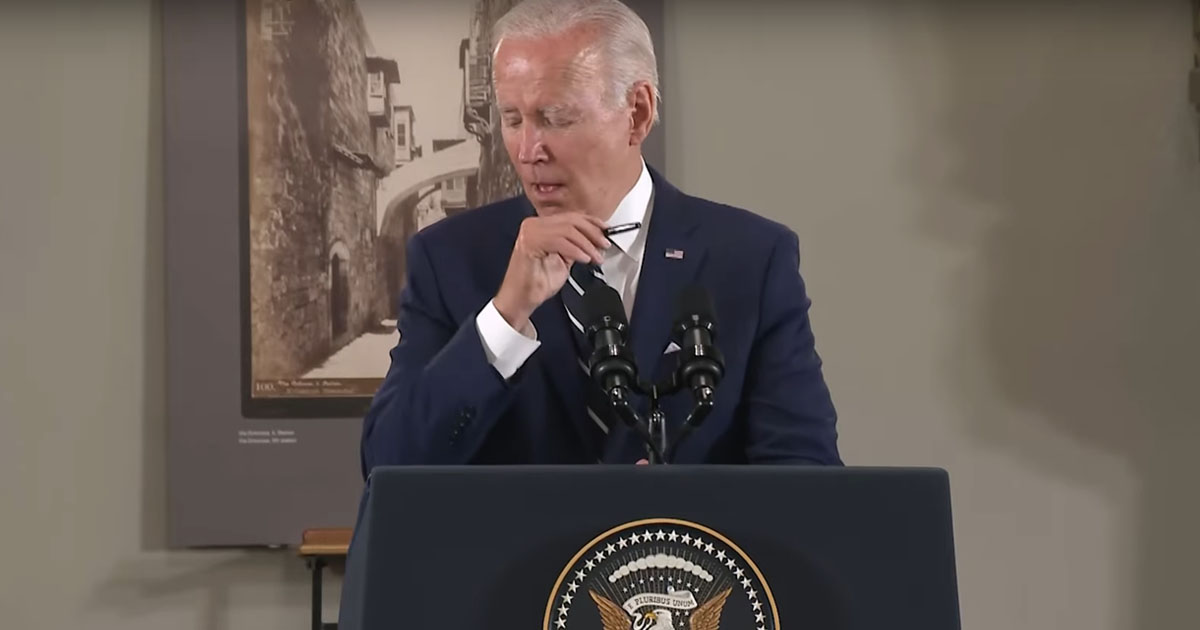 President Joe Biden broke into coughing fit and told the audience he “swallowed wrong” during an appearance in East Jerusalem where he discussed the two brain aneurysms and pulmonary embolism he suffered in 1988.

The President then took another sip of water and began coughing again before telling the audience, “I swallowed wrong.”

“I had a terrible headache. This was years ago,” Biden continued. “And I did a very stupid thing: I got on an aircraft and I flew home. It turned out I had two cranial aneurysms, and I got rushed to a hospital in the middle of a snowstorm for a nine-and-a-half-hour operation that saved my life.”

“Then I had the second operation; they found an aneurysm on the other side of my brain. I joke, the reason they went in twice to take the top of my head off is because they couldn’t find a brain the first time,” he joked.

“And in between,” Biden added, “I had a major embolism that almost killed me. Nothing unusual that other people haven’t gone through.  But I look back on it, and I don’t think you nurses are nearly appreciated enough.”

Biden went on to recount how “the nurses at Walter Reed Hospital would come up, they’d rub my face, they’d whisper in my ear.  They’d get close and tell me, ‘It’s going to be okay.’ They made a difference in my life.”

Related  Trump Could be Back on Facebook by January 2023, Meta Executive Says

During the same speech, Biden stated that the treatment of Palestinians by Israelis is very similar to the “attitude” of Britain towards Irish Catholics in the last few hundred years.

The President was described as looking “confused” at the end of the speech as he walked off the stage, asking “Do you want me to go this way?”