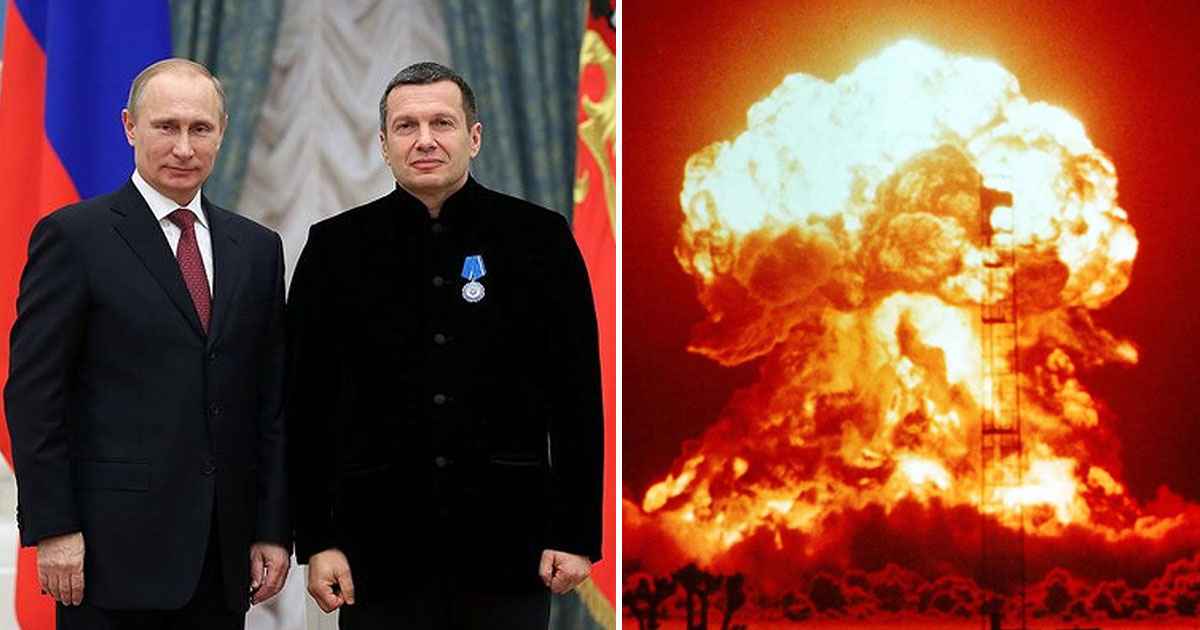 Putin-affiliated Russian state television presenter Vladimir Solovyov slammed the government of the UK for attacking Russia this week, suggesting that the island nation should be struck with a Sarmat nuclear-capable ballistic missile.

Solovyov described the British government as “arrogant, ignorant, illiterate upstarts, who can’t do anything but steal” according to GB News.

“Listen Brits, wake up; The only reason you don’t have Egyptian pyramids in the British Museum is because you physically couldn’t steal them,” Solovyov continued. “You stole everything.”

“Admiral Tony Radakin, what are you the admiral of? What did you achieve? When did your British weapons beat anyone?” Solovyov queried. “Who did you beat, and where, Admiral? They have completely lost their minds. And they are lecturing us, the country (we can destroy with) one Sarmat.”

When a guest noted that it would take more than one Sarmat rocket to destroy the whole of the UK, Solovyov replied, “We won’t touch Scotland. Scotland will be independent. Wales has been quiet so far. Wales, too, will be independent. And at Biden’s demand, Northern Ireland will unite with Ireland.”

Solovyov concluded, “The Union Jack will be over.”

President Joe Biden has said that the treatment of Palestinians by Israelis is very similar to the “attitude” of Britain towards Irish Catholics in the last few hundred years.

Speaking to an audience in East Jerusalem last week as part of his tour around the region, Biden discussed how Palestinians were being treated by Israelis today, and directly compared what they were experiencing to his Irish Catholic family in Britain in the past.

“My background, and the background of my family is Irish American,” Biden said. “And uh, we uh, have a uh, long history of uh, not fundamentally unlike the Palestinian people, with uh Great Britain, and their attitude towards Irish Catholics over the years, for 400 years.”