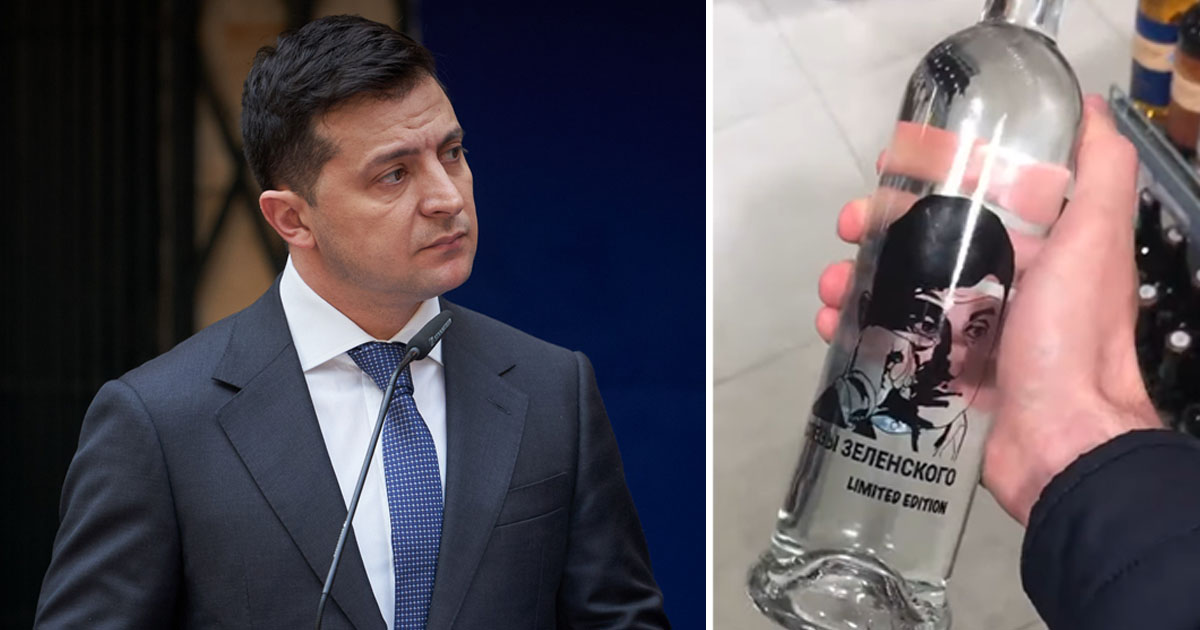 “What a joke! Look at what they’re selling at Moscow supermarkets: ‘Zelensky’s Tears’ vodka. It’s unbelievable,” the man says, holding up the bottle emblazoned with an artistic image of the Ukrainian president wiping away tears.

It is not confirmed that the video was actually taken in a a Moscow supermarket, or that the vodka is actually being sold in Russia.

The New York Post, which also reviewed the video, says it was “unable to independently verify the authenticity of the product shown in the cellphone recording.”

The World Economic Forum was founded in 1971 by Klaus Schwab, and he remains the executive chairman of the organization to this day.

“The President of Ukraine, @ZelenskyyUa, will join our Annual Meeting virtually as the war continues to devastate his country. Watch his special address on our website and across social media,” the WEF twitter account tweeted.

“The World Economic Forum is pleased to announce that it will hold its Annual Meeting 2022 in Davos-Klosters, Switzerland, from Sunday 22 to Thursday 26 May,” the WEF announced on its website. “Under the theme, Working Together, Restoring Trust, the Annual Meeting 2022 will be the first global in-person leadership event since the start of the pandemic.”

Topics discussed during the summit included “the pandemic recovery, tackling climate change, building a better future for work, accelerating stakeholder capitalism, and harnessing the technologies of the Fourth Industrial Revolution.”

“The world has to overcome not only the damage done to our economies and our societies by COVID-19,” Schwab claimed in March. “It also has to confront the repercussions of a dangerous clash between major global powers.”

In this article:Featured, Moscow, Russia, Zelensky