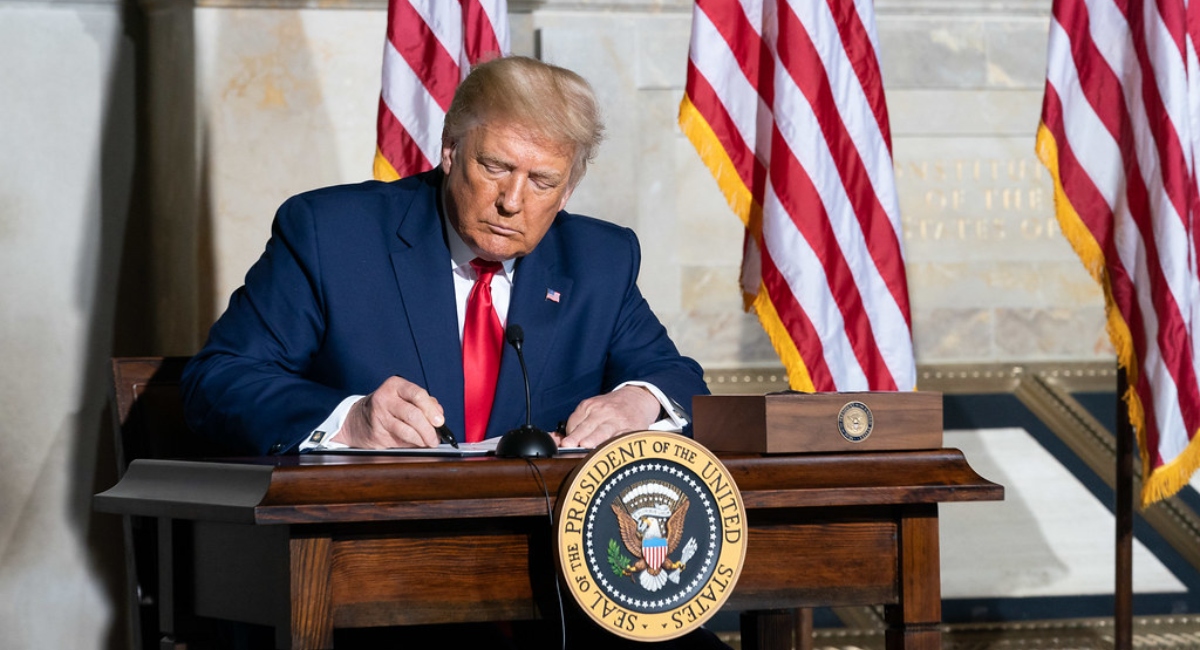 45th President Donald Trump on Friday asserted that the events of January 6 were not caused by him, but by a “Rigged and Stolen Election” in a post on his Truth Social platform.

Trump has repeatedly taken to his preferred social media platform to denigrate what he called a “one sided, totally partisan, POLITICAL WITCH HUNT” being conducted by the “Unselect” January 6 committee while maintaining that the 2020 election was stolen.

“The so-called ‘Rush on the Capitol’ was not caused by me, it was caused by a Rigged and Stolen Election!” the 45th president wrote.

“Many people spoke to me about the Election results, both pro and con, but I never wavered one bit – follow the facts and proof,” Trump wrote in a subsequent post to his Truth Social website.

“The 2020 Presidential Election was Rigged and Stolen…And look at our Country now – not pretty!!!” he said.

He accused the commission and Golston of working to “spin only negative footage” of January 6 and ignoring witness statements that contradict the narrative being pushed by the committee.

“So the Unselect Committee of political HACKS refuses to play any of the many positive witnesses and statements, refuses to talk of the Election Fraud and Irregularities that took place on a massive scale, and decided to use a documentary maker from Fake News ABC to spin only negative footage,” Trump wrote in a separate post.

“Our Country is in such trouble!” he added.

Yesterday, Valiant News reported that President Trump wrote that the January 6 election theft protests “represented the greatest movement in the history of our Country to Make America Great Again,” adding that the hundreds of thousands of concerned citizens poured into Washington, D.C. to express their disapproval with the highly controversial results of the 2020 Presidential Election.

“The Unselect Committee didn’t spend one minute studying the reason that people went to Washington, D.C., in massive numbers, far greater than the Fake News Media is willing to report, or that the Unselects are willing to even mention, because January 6th was not simply a protest, it represented the greatest movement in the history of our Country to Make America Great Again,” Trump wrote.

“It was about an Election that was Rigged and Stolen, and a Country that was about to go to HELL..& look at our Country now!”

He characterized the committee as “political thugs” and compared their claims to the now-debunked Russia conspiracy that dogged the first two years of his administration.