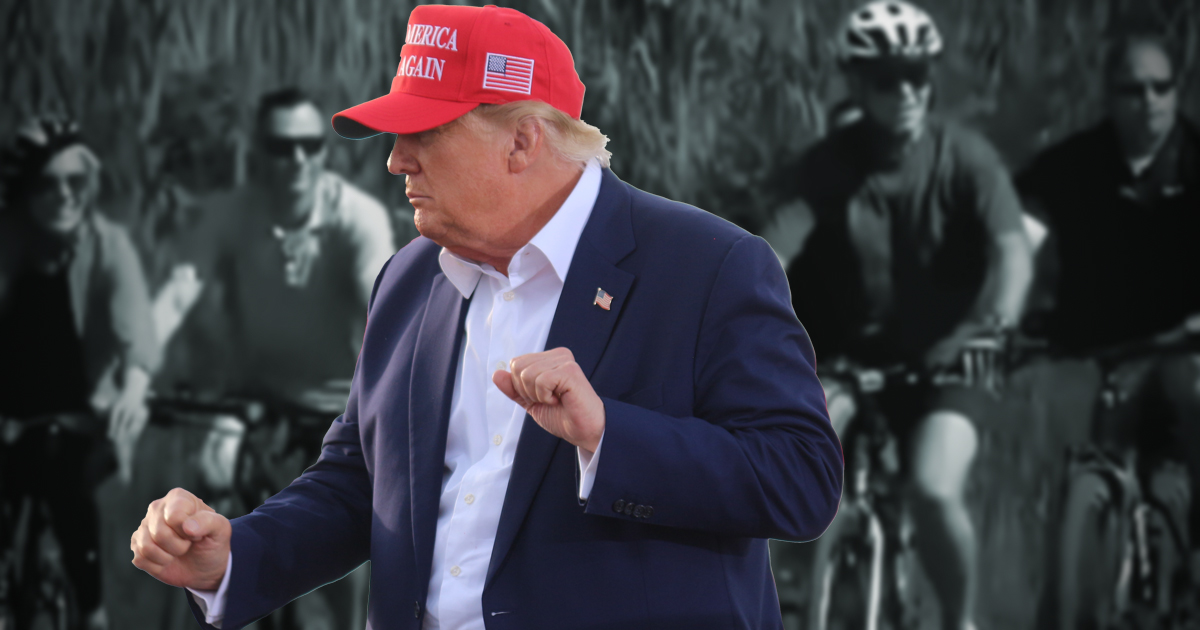 45th President Donald Trump, who is rumored to be planning a presidential run for 2024, wished his successor well after his recent fall off a bicycle and promised the American people to avoid the two wheeled monstrosities.

Speaking at The American Freedom Tour, a conservative event with a speaker list including Trump allies and family members, and made the remarks after noting his disappointment in Joe Biden.

“One of the greatest travesties of all is to see a person in the White House, who even after years of political experience, has absolutely no clue how to be the President of the United States,” said Trump.  “I hope he has recovered, because as you know, he fell off his bicycle.”

“No, I’m serious, I hope he’s okay. Fell off a bicycle,” said the 45th president. “I make this pledge to you today: I will never, ever ride a bicycle.”

Donald Trump: "I hope [Biden] has recovered, because as you know, he fell off his bicycle. No, I'm serious. I hope he's okay. Fell off a bicycle. I make this pledge to you today – I will never, ever ride a bicycle." pic.twitter.com/YHHT2jZmro

Biden, 79, fell off his bike over the weekend while on a four day vacation at his home in Delaware. He was riding with First Lady Dr. Jill Biden at the time of the accident.

Some say Biden apparently veered off his normal bicycle path, away from his wife, because he saw a crowd of onlookers that included a small child.

After his fall, he was later captured on video greeting the child.

Trump, meanwhile, is rumored to be planning an official launch of his presidential campaign as soon as July 4.

The 45th president reportedly has held off starting his campaign due to the financial constraints it would place on his political organization’s ability to fund raise for pro-Trump allies running for the U.S. House, but he is also worried about a possible 2024 challenge from popular Florida Gov. Ron DeSantis.

DeSantis is generally the only candidate who polls competitively with Trump, though the former president almost exclusively comes out on top.

Trump is also expected to receive a challenge from former ally Mike Pence, who he recently described as a “human conveyor belt” for fraudulent votes due to his inaction on January 6.