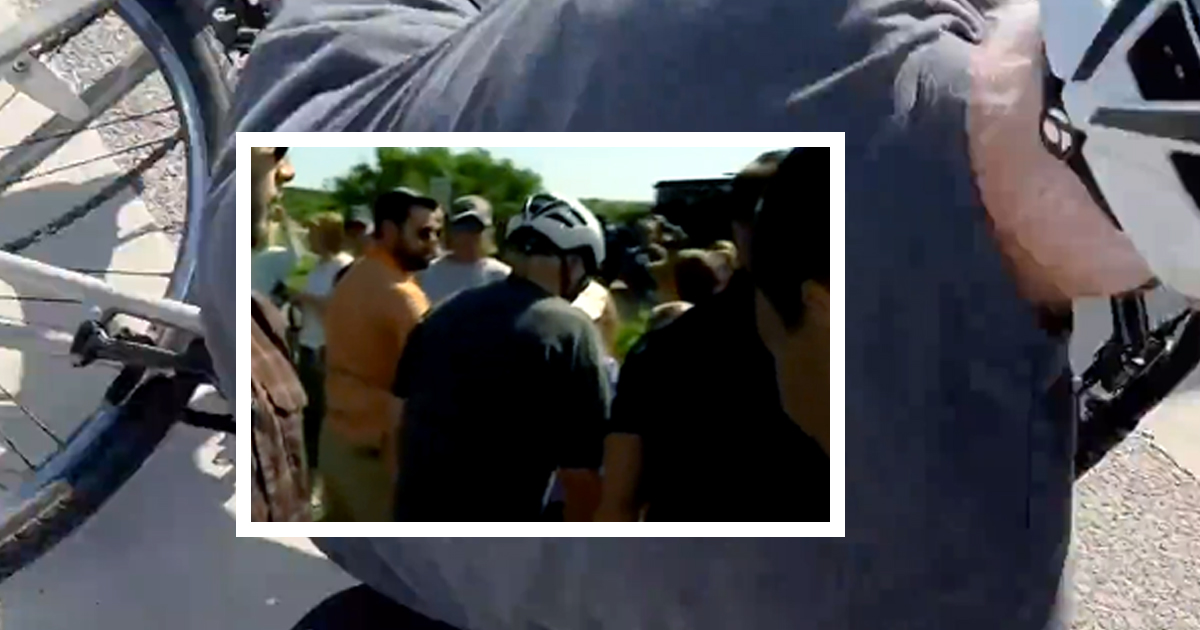 79-year-old Joe Biden fell off his bicycle today while riding near his Delaware home with First Lady Dr. Jill Biden and other riders as media caught the event on camera.

The presidential fall occurred at 9:40 this morning on a bike path near Biden’s home in Delaware, where he returns most weekends.

Moments after the fall, reported the New York Post, Biden was swarmed by Secret Service agents willing to lay down their lives to protect the leader of the free world.

NOW – Biden falls off bike on Delaware ride with Jill.pic.twitter.com/iULl1ieDGS

Biden was quick to assure onlookers that he was fine after the fall, shouting “I’m good! I’m good!” Apparently, the Post reports, Biden’s foot became lodged in the toe cage of the $599 bicycle’s right pedal.

The crowd, which earlier had wished Biden a happy Father’s Day, began cheering when the aged president returned to his feet.

The White House has assured Americans that the fall did not injure the president, according to an anonymous source.

“As the President said, his foot got caught on the pedal while dismounting and he is fine,” the Post reported, attributing the quote to an anonymous White House official who added that “No medical attention” will be necessary. “The President looks forward to spending the rest of the day with his family.”

This is not Biden’s first unfortunate brush with gravity while in the White House.

The mainstream media has noted that Biden’s advanced age has become a frequent criticism of Republicans, and both the New York Times and The Atlantic have published articles urging Biden not to run for reelection in 2024.

“Biden is by no means the more eloquent character he was in his younger days,” wrote Mark Liebovich for The Atlantic. “It can be painful to watch him give prepared speeches. His tone can be tentative, and certain sentences can become hopscotching journeys. His aides in the room look visibly nervous at times. Biden worked to overcome a stutter during his youth, and in general it can become more difficult for stutterers to conceal these effects as they age.”

The New York Times shared The Atlantic’s bluntness in its front-page headline: “Should Biden Run in 2024? Democratic Whispers of ‘No’ Start to Rise.”