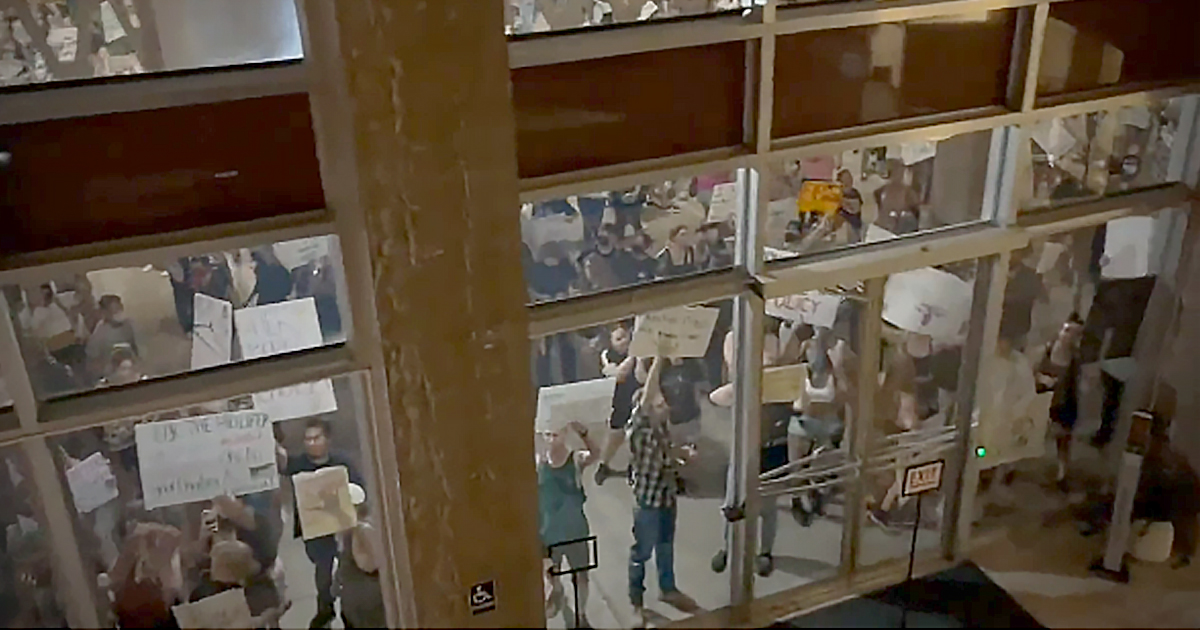 Police used teargas to stop the mob of would-be insurrectionists as they attempted to break into the sacred seat of democracy at around 10 p.m. in Phoenix.

Rep. Paul Gozar, who represents Arizona’s 4th congressional district in the U.S. House, wrote that “The violence we are now seeing from left-wing abortionist rioters at the Arizona State Capitol Building is nothing short of evil [and] reprehensible.” He added that the protesters were attempting to storm the capitol “because they can no longer kill babies.” Gosar then urged for law and order.

The violence we are now seeing from left-wing abortionist rioters at the Arizona State Capitol Building is nothing short of evil & reprehensible.

The violent left is showing us who they are.
They're doing this because they can no longer kill babies, by the way.

Here’s the moment DPS fired off tear gas to disperse the left-wing rioters trying to break inside the Arizona state capitol. The tear gas quickly cleared the area. pic.twitter.com/KGDDZoEyov

Arizona state Sen. Wendy Rogers reported that protesters attempted to break the windows and enter the building, and confirmed that she and other legislators were inside the building at the time of the attack.

We assembled to take tunnel to the House.

Crowd was dispersed w/ tear gas. Went back up into the Senate. /1

“Sergeant at Arms says the mob is spray painting monuments and lighting fires,” wrote Rogers in another tweet last night.

“We are headed to a secure room to go vote. Very dangerous outside.”

DPS is working to get the situation under control outside.

Sergeant at Arms says the mob is spray painting monuments and lighting fires.

We are headed to a secure room to go vote.

More video shows the scene outside the seat of Arizona’s democracy after the crowd was cleared.

Footage from outside the Arizona state capitol in Phoenix after the pro-abortion mob had been cleared: pic.twitter.com/XaCIUFVAOP

Last night more than two dozen protesters were arrested across the country in the aftermath of the 5-4 Supreme Court decision that will return abortion laws back to the states.

In New York alone at least 25 people were arrested after a mob approached the Fox News headquarters, broke into the Women’s National Republican Club, and eventually made their way to Bryant Park.

Elsewhere, protesters blocked highways, sparred with police, and attempted to stop moving vehicles with improvised weapons and their bare hands.

Experts say the decision could open the door to reexamining other controversial court cases, which as Valiant News reported include “Griswold v. Connecticut, the right for married people to obtain contraceptives, Lawrence v. Texas, which protects homosexual relationships, and Obergefell v. Hodges, which legalized gay marriage across the country.”