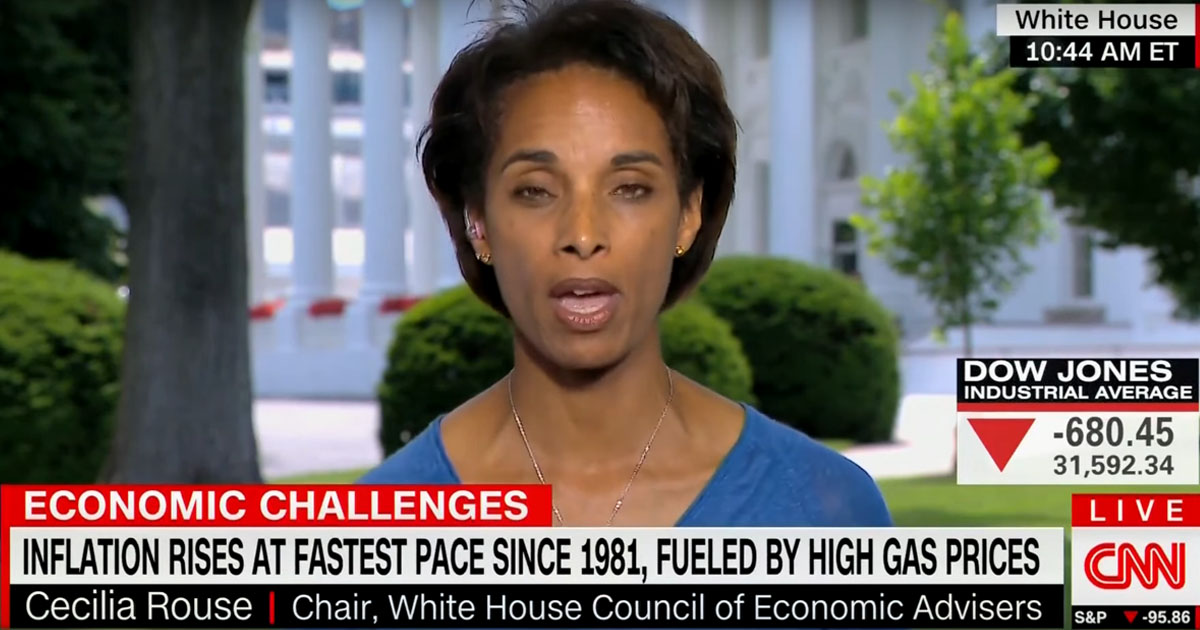 Rouse trotted out the White House’s trademark rhetoric blaming inflation and economic turmoil on Russian President Vladimir Putin, and seemed taken aback when the CNN host corrected her by saying, “It’s not just that, you know. Prices are rising, I get it, the world oil markets are up. But as you know, prices are rising for everything, used cars, rent.”

“Absolutely, and the President understands that, um, and so he, like, he has emphasized, he has focused on this,” Rouse said. “You know, as part of this plan, I know this doesn’t sound like a plan, but first and foremost he respects the independence of the Federal Reserve.”

Biden economist Cecilia Rouse as prices spike at the highest rate since 1981: “So, [Biden] has, like, he has emphasized—he’s focused on this.

“I know this doesn’t sound like a plan.” pic.twitter.com/mE5NpOdSF5

Prices under Biden have risen to their highest point in 41 years.

Meanwhile, actor Robert De Niro claimed this week that Biden “got us into calm waters” and is “doing a very good job.”

“He’s doing a very good job. It’s a tough one, I couldn’t imagine – I could imagine how difficult it is,” De Niro continued, praising the most unpopular president in modern history. “I have decisions in my own personal life that I’d imagine if [unintelligible] – what he goes through is a hundred times that.”

De Niro added, “He’s doing the best he can and we gotta get through a bad period.”