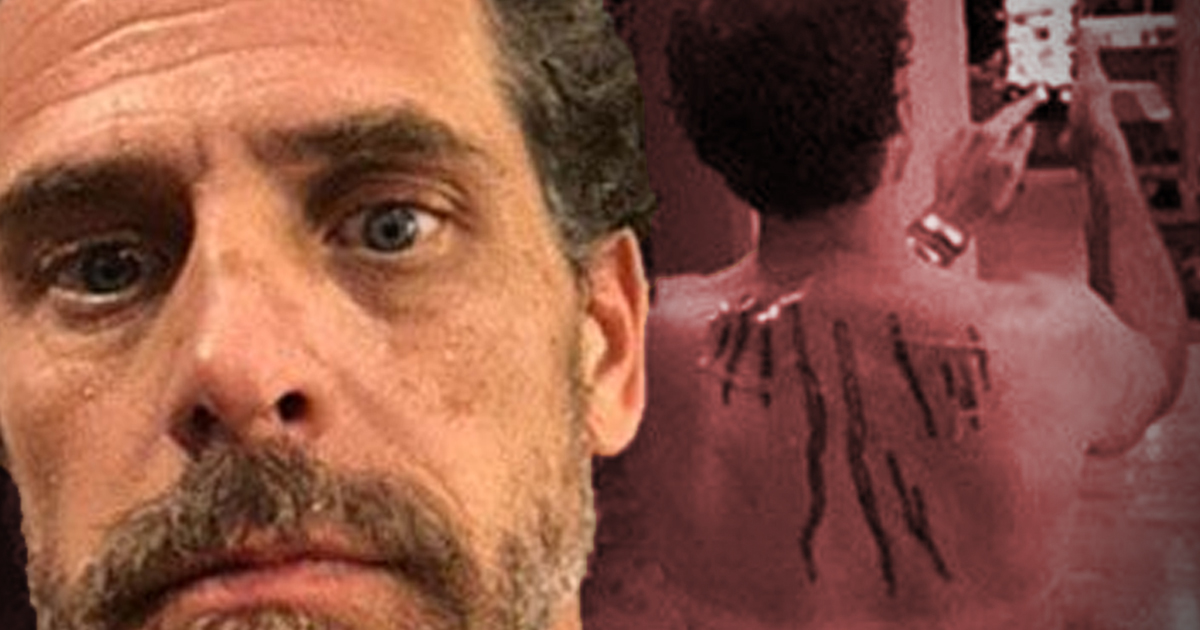 Caution: This article contains uncensored text messages of a graphic sexual nature with references to drug use sent to and from Hunter Biden

A woman featured prominently in text messages recovered on Hunter Biden’s infamous abandoned laptop was granted a $20,207 forgivable loan from the federal government for her sole proprietorship as a “performer” in 2021.

Valiant News independently confirmed the existence of the text messages referenced in a new report published by the Daily Wire, which claims that the person Biden communicated with about drugs, paraphernalia, prostitution, and money was none other than Cheryl Deboves.

Deboves, Daily Wire reports, received the $20,207 loan shortly after Joe Biden assumed the presidency in 2021. She was granted the loan for her “female owned sole proprietorship” filed under the “Independent Artists, Writers, and Performers” category.

It remains unclear if she changed her profession since her last known communications with the younger Biden in 2019, but at that time she appeared to be engaged as a prostitute and drug runner. Daily Wire reports that Deboves also plead no contest to a prostitution charge in 2017.

In one exchange, Deboves complained that Biden had “too many girls” for one party.

“But you even offered me more money this morning and I didn’t take it or ask and trust me I needed it,” she told Biden. She then suggested she wanted more alone time with the son of a man who was then contemplating running for the White House.

“Yes I do want you to come over but with the confidence that with me it’s not an either or for who stays and who goes,” wrote Biden. 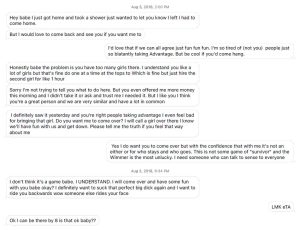 On August 7, after meeting Biden at a well known hotel in Las Vegas, Deboves was apparently sent on a drug and supply run for Biden.

It took her from 7:36 p.m. on August 7 until some time after 4:51 a.m. on August 8 to return to Biden. They then spent the following night together. The screen shots of the text messages they exchanged throughout the nearly 12-hour ordeal are presented without comment: 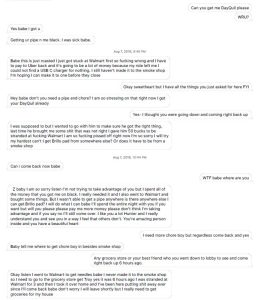 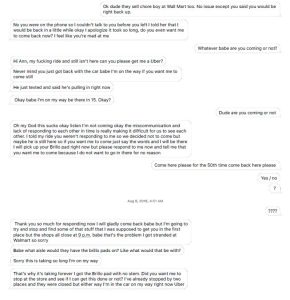 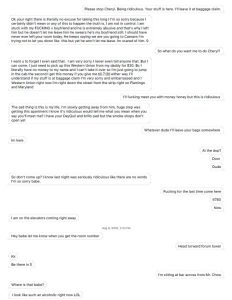 Perhaps due to her unreliability, Biden eventually broke off contact with Deboves for several months. During this time, she repeatedly begged him for money, and claimed that two violent drug dealers were threatening to hurt her.

Biden apparently gave her money in late August of 2018, and then did not reply to her until the following year. 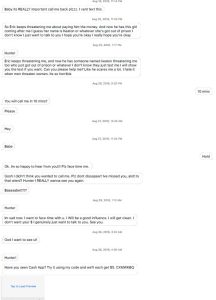 This request soon petered out, and Biden did not communicate with Debova again within the communications preserved on his laptop. 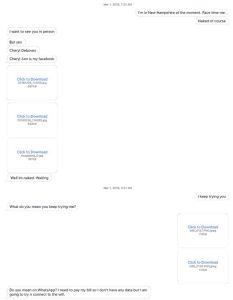 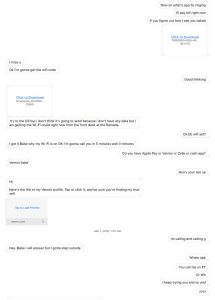 Debova would go on to receive more than $20,000 soon after Hunter Biden’s father became President of the United States, and thus began presiding over the PPP loans program.

As Valiant News reported in the past, experts say PPP loans may have enabled an unprecedented level of fraud in the United States, with virtually any business qualifying for tens of thousands of dollars with little to no oversight.

In Georgia, Republican candidate for U.S. House Mike Collins received $920,000 in PPP loans for his business before eventually loaning his political campaign $465,000 of his personal money. Vernon Jones, his Trump-endorsed opponent going into the runoff, seized on the issue in a debate held before the primary.

Experts say the PPP loans were the “biggest fraud in a generation” as reported by NBC News, which also said that experts believe “as much as $80 billion” was stolen via fraud as a result of the PPP program.

Daily Wire says it conducted an analysis showing that 83,000 PPP loans were approved – totaling around $1 billion – for businesses filed under the same “Independent Artists, Writers, and Performers” category as Debova.

The complete text messages from Hunter Biden’s laptop were released publicly earlier this year by the researchers at Marco Polo, which made them available via its website. Valiant News was provided a copy of the text messages by Marco Polo USA and has used it to help verify the authenticity of The Daily Wire’s reporting.

Contents from Hunter Biden’s laptop were first published in October of 2020, but were censored by big tech websites and characterized as Russian disinformation by the mainstream media. Most media outlets have quietly accepted the laptop was authentic over the last year.

Previously, Valiant created a timeline that shows how the Biden family – including Joe Biden – responded to the accusation that Hunter Biden “molested” or behaved in a sexually “inappropriate” fashion around his niece, Natalie Biden, via text messages.