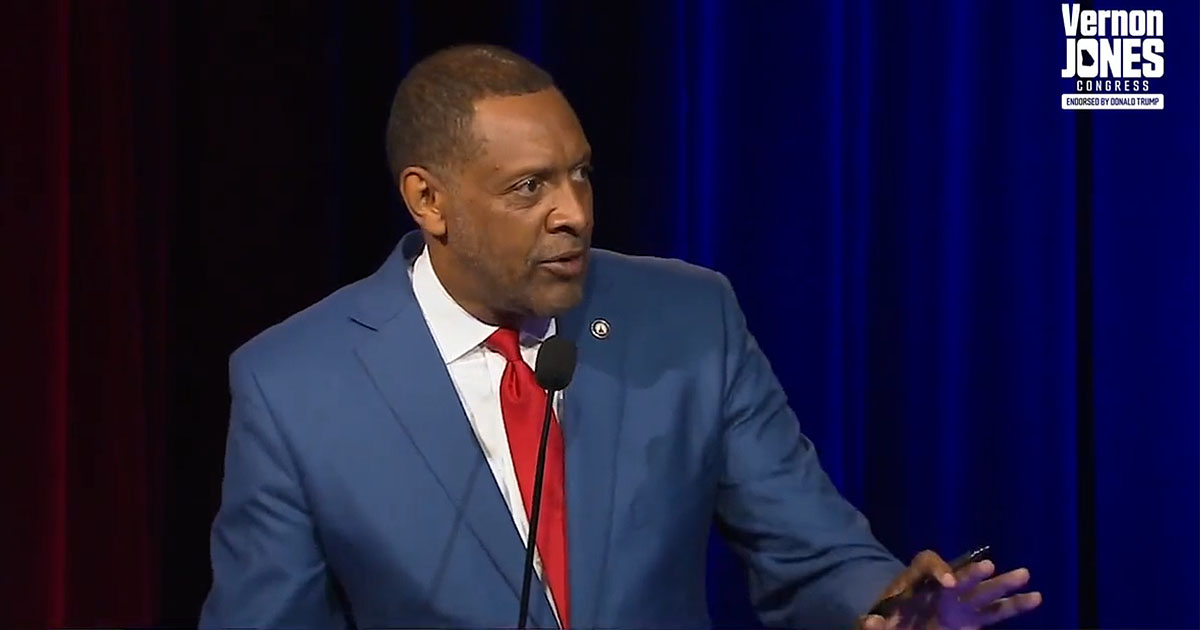 “He’s used taxpayer’s dollars to literally fund his personal aspirations and campaign,” Jones went on to claim. “This needs to be discussed – why did he take taxpayers’ dollars and then loan it to his campaign?”

Collins responded to Jones’ allegations by calling them a “disgusting lie” which “doesn’t deserve even a reply to it.”

Mike Collins received more than $900,000 in PPP loans because he couldn’t afford to pay his employees.

I am calling on the FBI to open an IMMEDIATE investigation into this matter. Mike The Scammer must be stopped. #ga10 #gapol pic.twitter.com/tAKlPd3i4w

Valiant News’ previous reporting from April 1 on Collins’ PPP loans can be read below:

A transportation company owned by Mike Collins, a Republican running for Congress in Georgia’s 10th District, received a $920,000 loan in April of 2020 as part of the Trump administration’s Paycheck Protection Program (PPP). The next year Collins personally loaned his political campaign a total of $465,000, none of which has been repaid by the campaign.

It is unclear if Collins repaid these PPP loans or whether they were forgiven. The federal government does not distinguish between the two options in its reporting.

The website currently lists the loan as “Paid in Full or Forgiven,” and below notes that “This loan’s status is reported by the SBA as ‘Paid in Full’, which includes both loans repaid and those fully forgiven from repayment under PPP guidelines.” The website adds that “The loan’s status was last updated by the SBA in April, 2021,” perhaps indicating the loan was forgiven.

Valiant News contacted the Collins campaign on Thursday to determine whether the loans were repaid or forgiven, and again on Friday to ask about Collins’ $465,000 in loans to his campaign and the PPP loans, and did not receive a response.