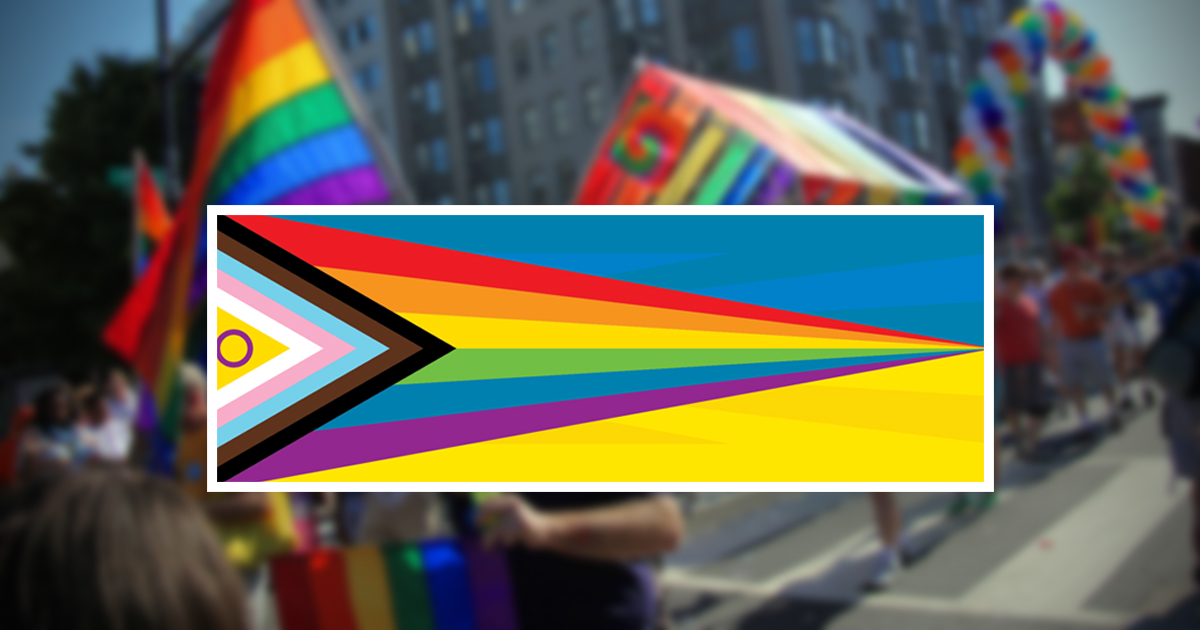 The new flag from Dublin Pride features a mish-mash of various colours and symbols representing diverse sections of the LGBT community. The traditional gay rainbow flag can be seen on the design, along with the blue, pink and white symbols of transgenderism, the yellow background and purple circle for intersex people, and black and brown stripes to represent LGBT PoC.

However, for the first time, the LGBT Pride flag is dominated by the blue and yellow of the Ukrainian flag. It was designed by Colm Molloy, the primary graphic designer for the Dublin Pride parade and march, who created the flag to “show solidarity with queer Ukraine.”

The flag received widespread mockery online, with some people describing it as “the worst pride flag” ever, and others joking that Ukraine was now the newest sexuality available on the market to identify as.

The flag is now currently featured prominently on the advertising for the upcoming Dublin Pride Parade and March, that are set to take place on June 25, as part of the wider celebrations of Pride Month in Ireland.

The march is a protest for gay rights that coincides with others around the world, marking the Stonewall riots of 1969, while the parade is a “celebration of LGBTQ+ people and culture,” and serves an “important role in promoting diversity, inclusion, and belonging within society.”

As noted on their website, the Dublin Pride events is also one of the major fundraising events for the LGBTQ+ community.

The principal funders of Dublin Pride as an organisation are currently listed as the central Irish government, their Department of Culture and the Department of Equality.

Transport for Ireland, the country’s national transport system, is also a direct silver-level sponsor of the parade itself.

Valiant News reported last month that the Royal Mint in the UK had created a new 50 pence coin, emblazoned with gay and transgender pride symbols, to celebrate half a century of LGBTQ+ Pride in Britain.