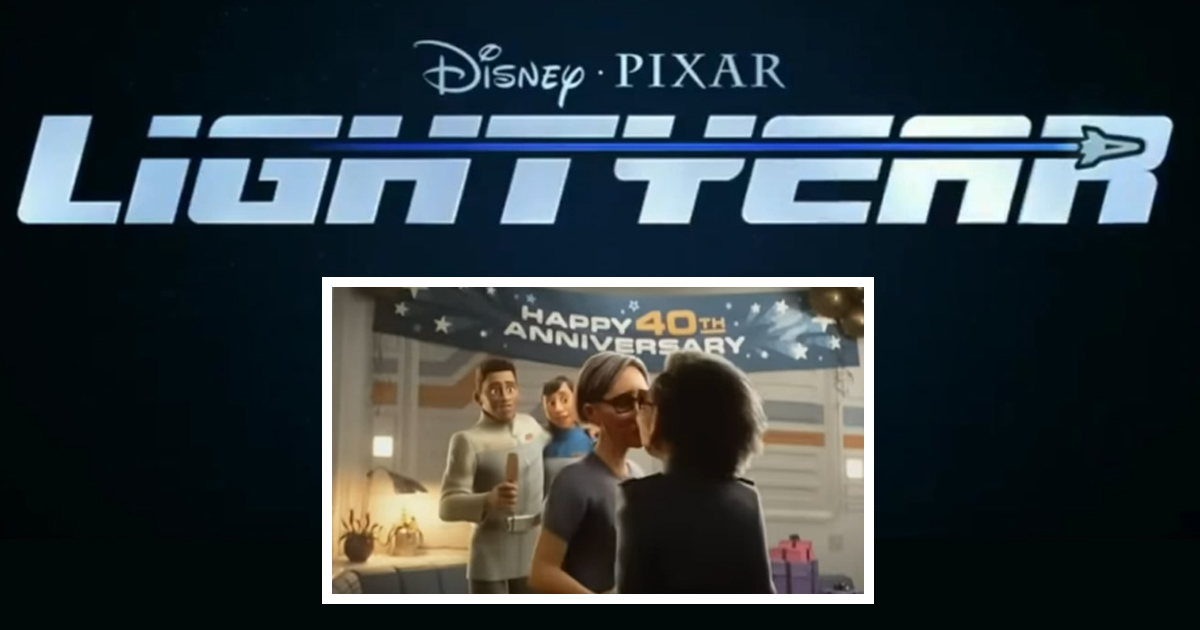 Disney’s latest children’s movie – “Lightyear” – is bombing at the box office around the world despite featuring an animated lesbian kiss during its Pride Month release.

Experts and critics expected the movie to gross somewhere between $70 and $85 million domestically and another $50 to $60 million worldwide for an anticipated worldwide opening of $135 million.

The LGBT-themed movie, instead, opened to a disappointing $51 million domestically and $34 million internationally for a total of only $85.6 million despite the children’s movie containing an on-screen lesbian kiss.

Breitbart notes that the pro-LGBT children’s movie is rumored to have cost the company $200 million to produce, plus another $100 million in marketing. It seems highly unlikely the money will be recovered by the film’s release.

Meanwhile, the success of two other nostalgia-fueled flicks seem to suggest the problem with “Lightyear” is Disney’s woke politics.

Still, not all is doom and gloom for Disney. Deadline reports that the movie did break records, if only ones from the “pandemic era.”

The disappointing returns come as Disney is locked in a cultural battle with Republicans over LGBT grooming of children and critical race theory, and a political battle over the same topics with Florida Gov. Ron DeSantis.

Congressional Republicans have seized on the popular sentiment against Disney, and in a possible preview of what a Republican majority may look to next year, Sen. Josh Hawley (R-MO) has introduced legislation that would limit Disney’s copyright protection.

The bill seems to already have the backing of Tesla and Space X CEO Elon Musk.