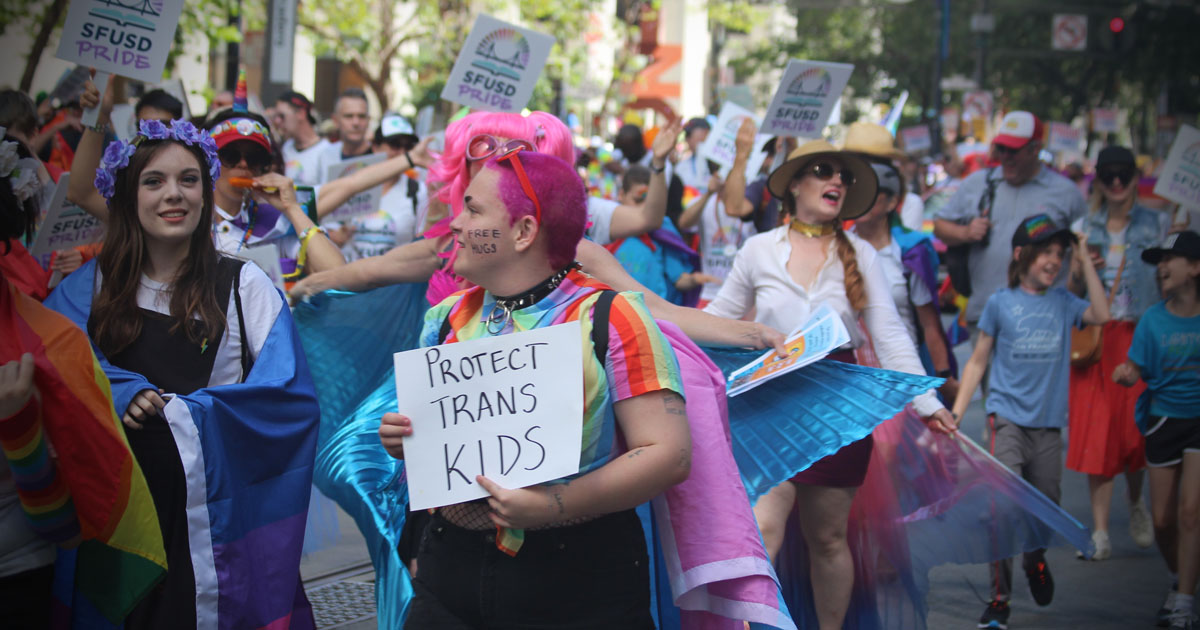 A British Member of Parliament has written a letter to schools with his concerns that transgender kids are only going through a “phase,” pushed onto them by a media that glamorises the “lifestyle.”

Nick Fletcher, the MP for Don Valley in the north of England, wrote a letter to every single school in his constituency, setting out his thoughts on the “trans question,” which he noted is an issue that “seems to be taking over much public discourse these days.”

In the letter, obtained by the BBC, Fletcher said that he believes “quite simply that boys are boys and girls are girls,” but that those who do not neatly conform to gender stereotypes as children, such as tomboys, are not a new phenomenon.

“What is new is the way it is now viewed,” Fletcher wrote. “It appears from the media that it is now seen by our children and young people that they may be or actually are transgender when it comes to feelings of being a boy or a girl.”

The Don Valley MP said that he was concerned about the existence of “books” and “such media in all its forms that glamorise this transgender lifestyle” were only affirming the existence of a “phase” in those kids affected by it.

Yesterday was a long day. Parliament sat until 11 pm at night. It does give me the chance though to meet with other MPs and discuss issues such as the rail strike. This picture of @Bren4Bassetlaw and myself was taken last night on the terrace. #Doncasterisgreat #1Down4ToGo pic.twitter.com/MDJ3IdwN5U

“I understand schools sometimes feel as though they have to be all things to all people and are afraid of being classed as transphobic,” he added. “But please be assured that a push back on this is desperately needed and if you do I will stand up for you at all times and champion your resolve.”

“Children are precious and our job is to guide them through the difficult times in their life not pigeon hole them or set them on a path of puberty blockers and irreversible infertility and HRT,” Fletcher concluded.

Earlier this month, the Florida Department of Health recommended a ban on “gender-affirming care” for children, as “the scientific evidence supporting these complex medical interventions is extraordinarily weak,” as when applied, the recipients “face a substantial risk of long-term harm.”

A number of schools confirmed to the media that they had received the letter, with Joe Brian, the head teacher at Conisbrough Ivanhoe Primary Academy, attacking Fletcher for daring to send the letter on the topic. “I don’t think we need advice from [him] on how to deal with this single issue,” Brian said.

LGBT activist Steve Slack said that transgender and gay kids who were told that what they were experiencing was “just a phase,” led them to experience “huge mental health problems.”

Fletcher has previously spoken up in Parliament about children who were convinced they were non-binary or transgender, arguing that parents “must push back,” and not give in to their child or “peer pressure from adults,” as they “have to be cruel to be kind”: