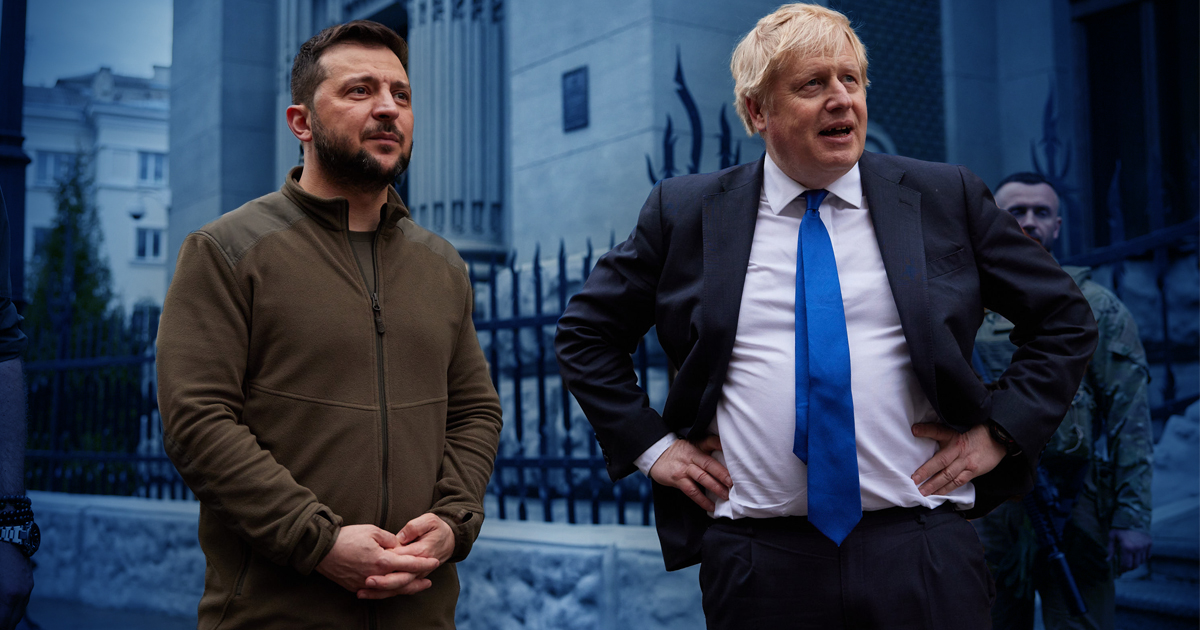 British Prime Minister Boris Johnson said this week that Russian President Vladimir Putin would not have invaded Ukraine if he was a woman, adding that the war in the region is because of the Russian President’s “toxic masculinity.”

Speaking to German news outlet ZDF, Johnson argued that gender equality was very important, and that the world needed “more women in positions of power.” Johnson posited that if Vladimir Putin “was a woman, which he obviously isn’t, but if he were, I really don’t think he would’ve embarked on a crazy, macho war of invasion and violence in the way that he has.”

The Prime Minister described the invasion of Ukraine as a “perfect example of toxic masculinity.” While at the G7 summit in Bavaria, Johnson, along with other leaders, attempted to mock Putin and the masculine image of himself that he promotes.

He asked the other leaders at the table if they should remove their jackets, to “show that [they’re] tougher than Putin,” and suggested that they all show off their chest muscles.

Canadian Prime Minister Justin Trudeau also joined in, joking that all the leaders, including Biden, should partake in “bare-chested horseback riding.”

Despite his comments that Putin would not have invaded Ukraine if he were a woman, the history of Russian behaviour in the region does not match up his arguments.

Crimea was first taken in the Russo-Turkish war of 1735-1739 under Empress Anna, while Novorossiya, which encapsulates the coast of Ukraine next to the Black and Azov Seas, was absorbed into Russia under the reign of Empress Catherine the Great and subsequently colonised. The Novorossiya region is a key target of Putin’s current military campaign.

Johnson has positioned himself as a staunch supporter of Ukrainian President Volodymyr Zelensky, visiting the country twice during the course of the Russo-Ukrainian conflict.

A close Putin ally suggested that London should be hit first via a nuclear strike if World War 3 was to break out.

British newspaper The Guardian told its readers last week that they should start collecting and saving their urine in order to counteract the West’s heavy sanctions against Russia, using it to fertilise crops.