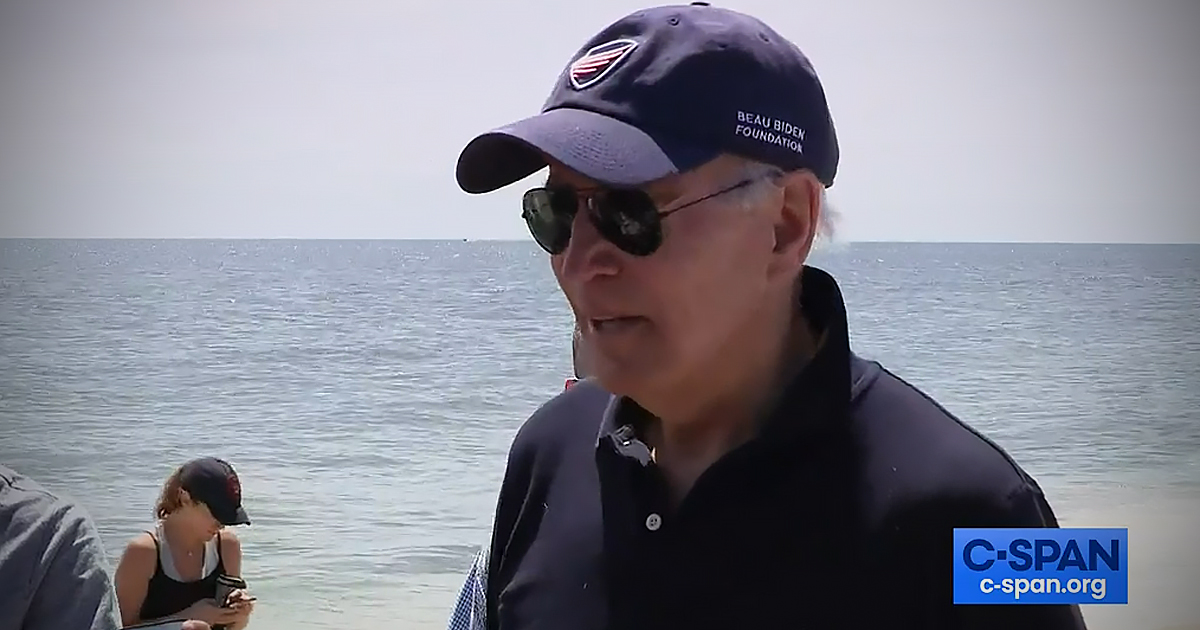 Joe Biden’s four-day weekend vacation in Delaware was interrupted today by a reporter who asked about last week’s news that most economists are now forecasting a recession in the United States.

“Not the majority of them aren’t saying that,” Biden claimed falsely. “Come on, don’t make things up, OK?”

Biden then characterized concerns about the economy as a partisan Republican talking point and stressed that a recession is not “inevitable” before ultimately meandering to a conversation about insulin and tax increases.

He added, “But all kidding aside, no, I don’t think it is. I was talking to Larry Summers this morning and there’s nothing inevitable about a recession.”

Then the 46th president changed the conversation, saying that he was working to lower the cost of insulin.

“Look, I think we’re going to be able to get a change in medicare and a reduction in the cost of insulin,” said Biden. “Insulin, if you know anybody who has Type 2 diabetes, or has a child who has it, they need shots during the week. It can cost them up to $1000 per week.”

He then promised to raise taxes “on those in the corporate area” and the millions of Americans who paid lower taxes under the last administration.

“We also can move in a direction that we can provide for the tax, increase in tax on those in the corporate area as well as individuals as it relates to Trump’s tax cut,” said Biden.

Biden added that “going out and buying a yacht doesn’t help the economy.”

Finally, Biden seemed to suggest that renewable energy will lead to more jobs and help avert a recession.

“We have a chance here to make a fundamental change to renewable energies, electric vehicles,” said Biden.

Spread the love
In this article:Commentary, Featured, Joe Biden, Recession