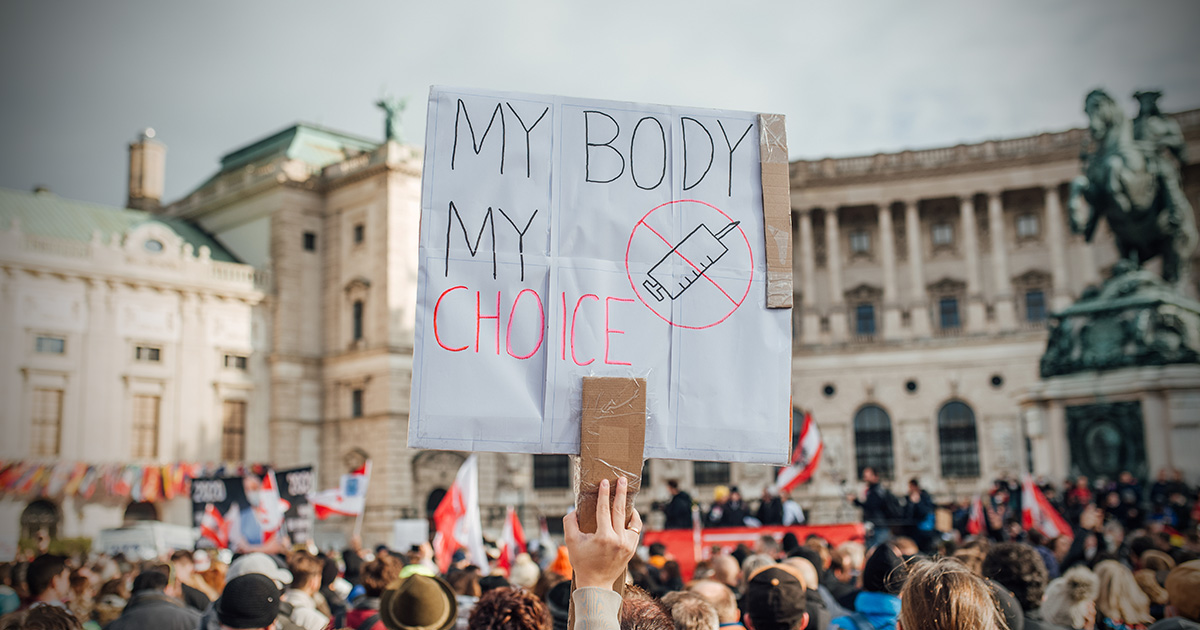 In light of the Supreme Court’s recent 6-3 decision to overturn the controversial Roe v. Wade abortion ruling, many Democrats are now accusing conservatives in the United States of being hypocritical as they prepare to mount a resistance.

Democrats in blue states are voicing concerns over red state trigger laws that would ban or place strict limitations on abortion — hailing the protection of the unborn as an assault on the “bodily autonomy” of women – pledging to circumvent the newly enacted laws, no matter the cost.

In New York for example, Attorney General Letitia James, most known nationally for her focus on civil litigation against 45th President Donald Trump, recently stated that New York will even go so far as to purchase hotel rooms and pay for children’s daycare for any woman who travels to the state to abort their unborn child.

“We’ve established a fund in the state of New York to pay for individuals to seek abortions, for lodging, for daycare,” James said during a television appearance. “This is a state that accepts the right of women to choose, that respects the autonomy of individuals over their own bodies.

Along with blue state governments, a long list of corporate entities, including Disney, Meta, Amazon, JP Morgan Chase, Starbucks, Microsoft, Apple, Citigroup, Mastercard, Goldman Sachs, and Netflix, have joined the same effort and heroically announced that they too will pay the travel cost for women to travel to abortion “sanctuary” states to assist women in terminating their unborn offspring.

In the minds of some liberals, who claim that anti-abortion advocates are somehow “forcing” or mandating women to have sex, become pregnant, and bear children against their will, the SCOTUS overturning Roe can be compared to how the government, along with many of the aforementioned corporations, rigorously coerced hundreds of millions of Americans into subjecting themselves to a series of experimental Big Pharma injections and constantly wearing bacteria-ridden face masks of Chinese or Indian origin to “fight” COVID-19.

Take the jab or lose your job, but abort your child on the company’s dime

“The people who fought against mask & vaccine mandates during a pandemic that killed a million Americans because they felt those public health measures violated their ‘freedom’ have no problem forcing women to have babies. This is not about protecting life. This is about religion,” tweeted expert U.S. political commentator George Washington University Professor of Medicine and Surgery Jonathan Reiner.

“So vaccine mandates are bad because you don’t like things in your body the government makes you keep- but your fine with pregnancy mandates? So bans never work but they do when it’s to control women or what people think via book bans? I just love conservative logic,” tweeted school shooting survivor and highly intelligent Democrat activist David Hogg.

So vaccine mandates are bad because you don’t like things in your body the government makes you keep- but your fine with pregnancy mandates?

So bans never work but they do when it’s to control women or what people think via book bans?

During the vaccine rollout, there was little to no concern from the American Left when it came to the bodily autonomy and medical rights of those who sought to refuse the COVID shots. In fact, nearly half of Democrats at one point signaled their support for a government policy “requiring citizens to temporarily live in designated facilities or locations if they refuse to get a COVID-19 vaccine.”

At the time, some critics compared such “designated facilities” to “internment camps” for the unvaccinated.

According to that same data, most Democrats supported the idea of the government imposing fines on unyielding Americans, or requiring that they “remain confined to their homes at all times, except for emergencies,” if they refuse to get a COVID-19 jab.

Today, we now know the COVID-19 vaccines do not prevent recipients from catching or spreading the virus, and are linked to potentially fatal health conditions.

Thanks to the Biden administration, blue state and local governments, corporations, liberal small businesses, and especially people like Letitia James – who fought health care workers in court to keep vaccine mandates in place — it’s too late for the regretfully-vaxxed and the unvaccinated.

The metaphorical (and literal) damage has already been done.

Ironically, the people who cheered on the same neo-fascist, corporate-government hive system that propagated the national vaccine craze are now trying to lecture conservatives on what “bodily autonomy” is today, but it’s important to recognize how revealing Hogg and Reiner’s statements actually are.

“Wait so you don’t like vaccine mandates but you think a pregnancy mandate is ok?” tweeted Hogg, a true genius.

Wait so you don’t like vaccine mandates but you think a pregnancy mandate is ok?

Hogg may not realize this, but his “pregnancy mandate” is not a real thing. It’s a hyperbolic exaggeration that is certainly up for debate. In reality, such a mandate does not truly exist. Reiner too, in all his wisdom, knows that vaccine mandate-opposers are not literally “forcing women to have babies” at gunpoint like some dystopian nightmare movie.

Experts are already saying that California may expand its abortion access following the ruling, meaning abortion-seeking women living in red states with abortion restrictions are only one trip to Disneyland away from killing their unborn child.

However, if a nonfiction history book was to be written about the COVID-19 pandemic, vaccine mandates would absolutely be included. The term “vaccine mandate” is not some fictitious buzz phrase used to stress a political point by liberal activists on Twitter.

Those mandates actually exist, and they made (and still make) a lot of people’s lives miserable — particularly the families of those who say they or their loved ones were injured or killed by the shots, and the untold number of Americans who lost their jobs and find themselves barred from most employment because they didn’t get the jab.

The existence and strict nature of vaccine mandates are not up for debate.

Thus, by likening the Roe controversy to vaccine and mask mandates, these liberals – perhaps unknowingly – have subtly acknowledged that Americans’ right to bodily autonomy and medical freedom was ignored, suppressed, and sacrificed at the altar of mainstream narrative during COVID-19.

Worse, they compare true bodily autonomy – deciding what goes into your body and when – is less important than the right to scrape an unborn child out of the womb, often breaking its limbs and retrieving the corpse in pieces.